Juan Rodriguez was hired by SPD in March 2014. He previously worked for the Spokane County Sheriff's Office from August 2005 and March 2014. 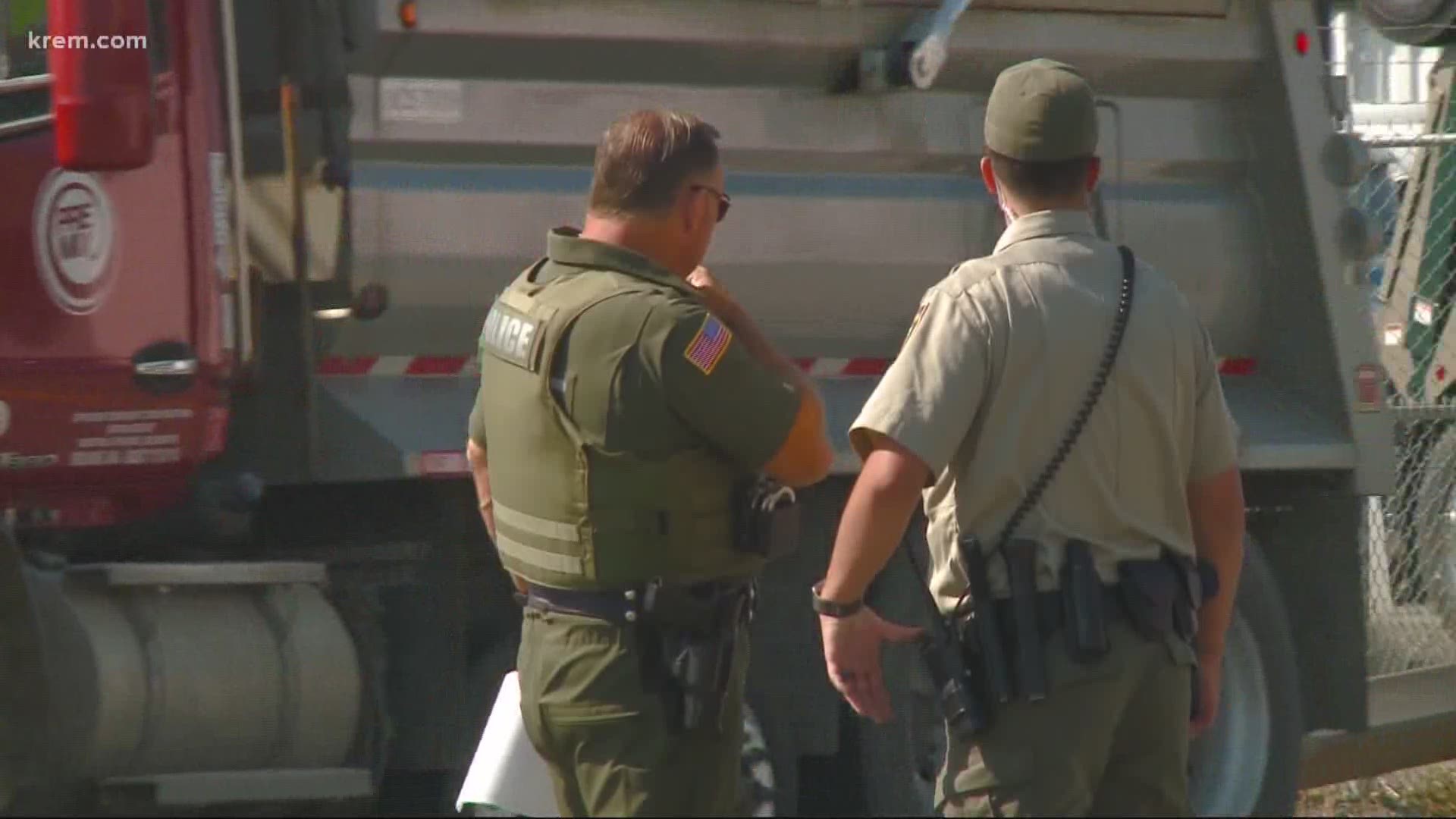 SPOKANE VALLEY, Wash. — Spokane police identified the officer who killed a 31-year-old man in a shooting on Friday, Sept. 11.

In a press release, Spokane police identified the officer as Juan Rodriguez.

Rodriguez was hired by SPD in March 2014. He previously worked for the Spokane County Sheriff's Office from August 2005 and March 2014.

According to the medical examiner's office, 31-year-old Joshua Brant was shot and killed by police on East Broadway Avenue on Sept. 11. His manner of death a homicide, while the cause of death was multiple gunshot wounds.

A Spokane police officer was injured following the shooting in Spokane Valley near the intersection of East Broadway Avenue and North Dyer Road on Friday morning.

According to a press release from Spokane Police Officer Joshua Lavia, Spokane Police Anti-Crime Team officers were investigating a report of a robbery/carjacking that occurred in Airway Heights on Thursday morning. Airway Heights police received a report of a carjacking where a witness said the suspect, now identified as Brant, displayed a .45 caliber pistol, the press release says.

Airway Heights Police attempted to stop Brant's vehicle and a short pursuit ensued, Laiva said. The pursuit was called off due to the Brant's dangerous driving behavior, he said. Several hours later, Spokane police officer located the vehicle and attempted to stop the car again, according to Laiva. Another pursuit ensued and again had to be terminated because of the Brant's driving behavior and public safety concerns, the press release says.

Spokane Police Chief Craig Meidl said officers located the Brant's vehicle in the parking lot of the Rodeway in on East Broadway Avenue. One of the suspects in the vehicle got out and shots were exchanged between Officer Rodriguez and Brant, Meidl said.

KREM 2's Morgan Trau spoke with a man who works across the street from the scene.

"I thought maybe it was somebody in our main shop banging with a sledgehammer," said Brandon Elder. "And within about five minutes there was 20 or 30 emergency vehicles."

He heard five gunshots, two first and then three shots in rapid succession. When he walked out of the building, he saw the aftermath of the shootout.

“I walked out of the front of the doors in time to see law enforcement officer limping to his car,” he said.

He said a different police officer came and talked with him. He was told by police that a law enforcement officer was shot in his hip and chest.

“I thought maybe it was somebody in our main shop banging with a sledgehammer,” said Western Trailers technician Brandon Elder.

“I walked out of the front of the doors in time to see law enforcement officer limping to his car.” pic.twitter.com/nH0t0cLmYl

Elder lived in Spokane Valley for 30 years and said he's seen an increase in crime in his neighborhood, which is why he says he is grateful for the police intervention.

"Unfortunately, that's never going to change so there has to be people to regulate that violence," he said. "And that's the job of the officers, I respect the heck out of them and I'm really glad he's okay."

The identity of the suspect will be released by the Spokane Medical Examiner’s Office. Spokane police will release the names of the officers involved.

The Spokane Independent Investigation Response Team has taken over the investigation. Washington State Patrol will be the managing agency on the incident.

State Patrol, Spokane Valley Police, Spokane Police and EMTs are outside of the Rodeway Inn and Suites on Broadway and Dyer. I am waiting to hear more information. pic.twitter.com/Q6UOiNG3zY