Deputies say Jonathan R. Andersen, 31, has been charged with first-degree murder in connection with a deadly drive-by shooting on Wandermere Road. 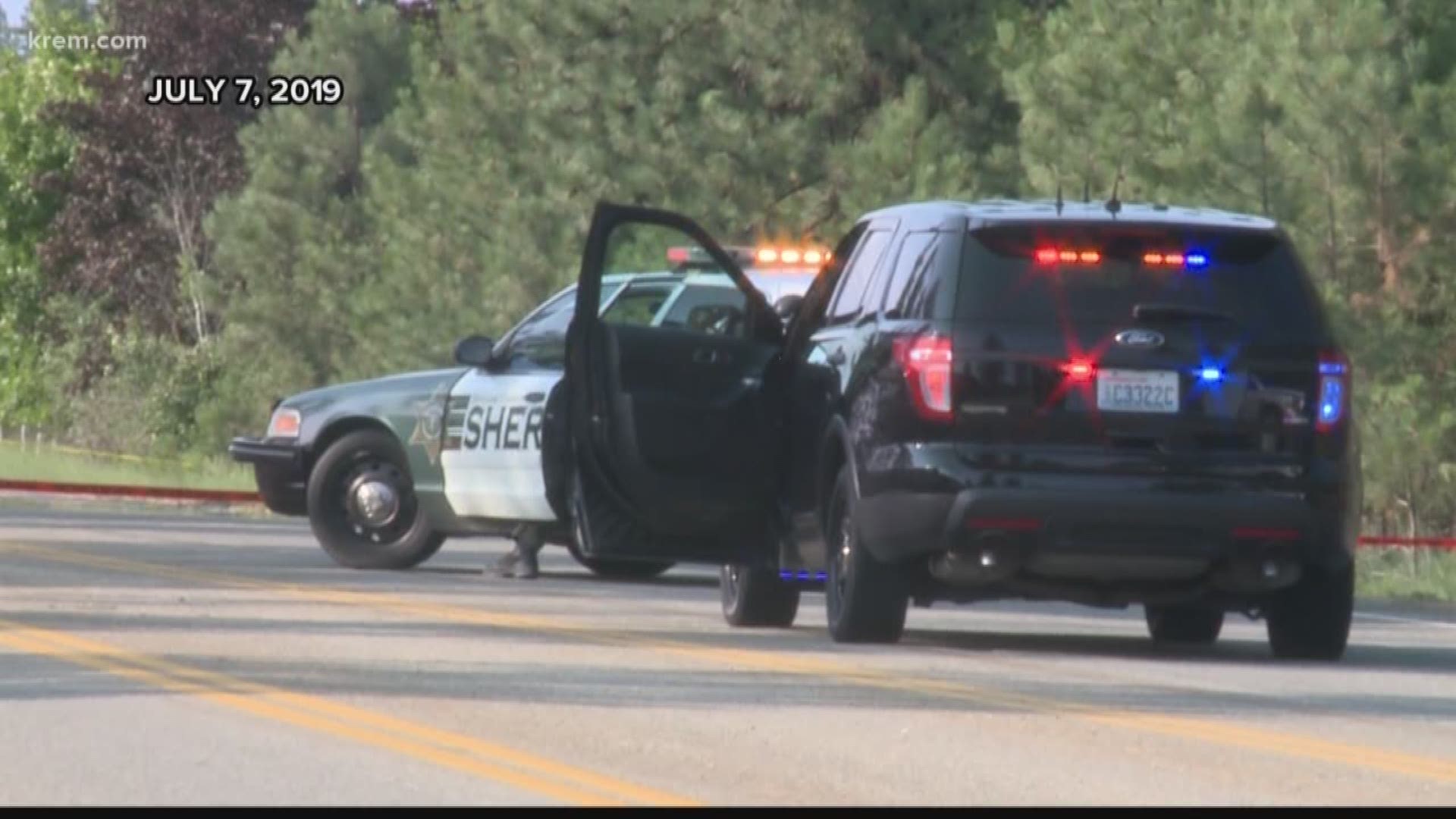 Misty Hirsch, 38, died from a gunshot wound to the head, according to the medical examiner. Her death has been ruled a homicide.

The suspect, Jonathan Anderson, was charged with first degree murder, attempted murder and attempting to elude police. A judge set his bond at $1 million Monday afternoon.

Deputies said they have not recovered a murder weapon and additional charges are possible as the investigation continues.

This comes two days after Hirsch was shot in her vehicle.

Hirsch was taken to a hospital with life-threatening injuries and later died.

Deputies say they saw Andersen leaving his apartment carrying duffel bags on Monday. He then got into his Ford Expedition SUV and left the parking lot.

Deputies tried to pull the vehicle over but Andersen fled.

Deputies chased the suspect through Franklin Park and then a sheriff's deputy's vehicle crashed into the suspect's vehicle.

The crash knocked the suspect's vehicle into a fence and then a tree. At that point, Andersen was arrested.

Deputies said on Tuesday that a check of Andersen's name revealed that he had a felony warrant for his arrest on an original charge of second-degree assault.

Video posted on social media shows an officer holding the suspect to the ground while other officers looked inside a red SUV.

Deputies say a fence, shrubbery, a parked vehicle and two Sheriff's Office vehicles were damaged, but no one was injured.

Cory Phipps lives nearby and witnessed the arrest. He described a pit maneuver that pinned the suspect's car, forcing him to surrender by crawling out of the window.

"They spun him real good, so if his mind was thinking about anything it was get my hands out the window," Phipps said. "It looked like it was going to get a little hairy. But I think the cops did a good job and the guy was quick to get out and get on the ground once he found out he wasn't going anywhere else."

Witnesses provide more info about events leading up to shooting

Deputies said witness statements provided more information about the events that may have led up to the shooting.

Through witness statements, detectives learned that Hirsch was with a friend and her boyfriend at Lowe's in North Spokane on the day of the shooting.

Witnesses told deputies that the group drove to the Wandermere area because Hirsch said she wanted to show them something. She then turned around at Glencrest and began traveling south on Wandermere when the red Expedition sped up behind her vehicle.

Hirsch slowed down and waved the vehicle by as the suspect fired gunshots, striking her in the head, deputies said. The male passenger walked away before deputies arrived on scene.

Information obtained during interviews indicates that Hirsch approached Andersen in the parking lot of a car wash near Lowe's before the shooting on July 7, deputies said. She gave him a purse and said something to the effect of it being a mistake to take it.

Deputies said Hirsch then returned to her vehicle and drove away.

Andersen then began following Hirsch, who tried to lose him but was unsuccessful.

Police said Andersen admitted to using methamphetamine and said he had not slept for a prolonged period of time, deputies said. He denied heroin use but admitted that he carried it around after detectives found several baggies of a substance believed to be the drug at the time of his arrest.

Deputies said Andersen denied involvement or knowledge of the shooting but said he did know about the stolen purse, which investigators believe belongs to his fiancée.

Anyone who witnessed this incident and has not been contacted by law enforcement, or can provide any information, is urged to call Detective Keyser at 509-477-6611.