'We need your help': FBI reignites need for tips in cold case murder of Kristin David

David was 22 years old when she was last seen riding her bike in Genesee 40 years ago. Her remains were found in the Snake River a week later. 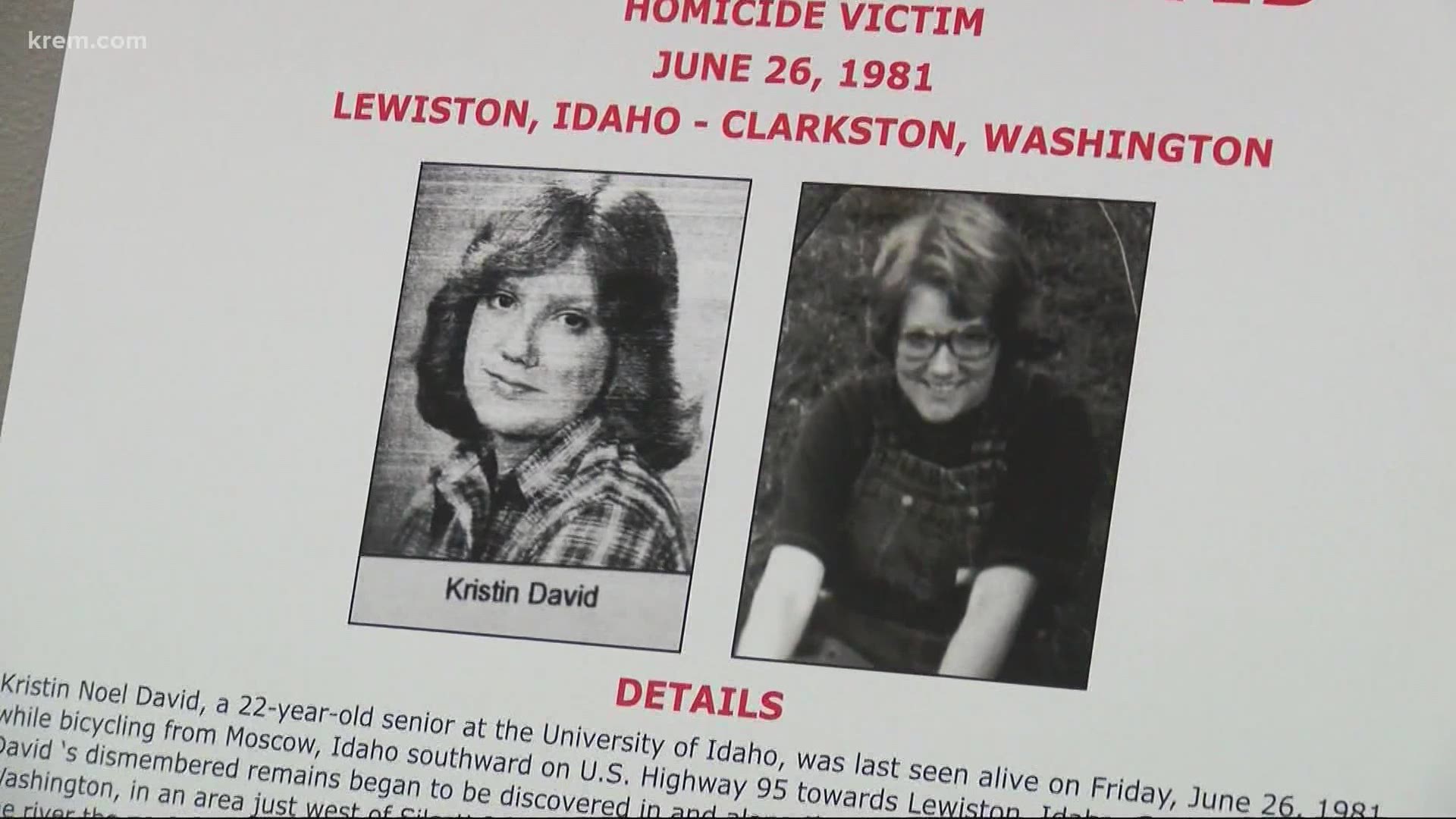 GENESEE, Idaho — Warning: Information from the crime reports is detailed and may be disturbing to some viewers.

On the 40th anniversary of Kristin David's death, the FBI is reissuing a need for tips from the public with any information about her death.

According to the FBI, David was last seen alive along Highway 95 near Lewiston. She was riding her blue 10-speed bike on Friday, June 26, 2981. Then, one week later her dismembered remains were found in the Snake River, west of Clarkston, Wash. The remains had been concealed inside black plastic bags and some of the body parts were wrapped in pages from various April 1981 editions of the local newspaper.

Her bike, clothing and personal items were never recovered.

FBI Salt Lake City Supervisory Senior Resident Agent Zach Schoffstall said in a press conference that no tip is too small or insignificant.

"We understand that some people with knowledge about the case may be hesitant to come forward. It could be because of close relationships with those who may be involved, as well as a concern for their reputation or standing in our community and amongst their friends," Schoffstall said.

Who was Kristen Noel David?

David was a 22-year-old college senior at the University of Idaho. She was pursuing a double major in broadcast journalism and political science.

Suspects in the case

Kristin was last seen alive along the same highway outside the town of Genesee, where she was approached by a man driving a brown van, according to witnesses.

Witnesses described the suspect as a white male, approximately 30 years old, around 5’10” tall and roughly 180 lbs. He was also described as being stocky or husky with a beard. The suspect’s hair and beard were described as brown by one eyewitness and red or “reddish” by another. However, no other eyewitnesses provided a specific hair or beard color, according to the FBI.

The man may have shaved his beard or taken other steps to change his appearance after the crime. The suspect drove a well-kept brown van bearing yellow license plates with dark lettering. It’s unknown if the suspect was the van’s registered owner or whether the yellow plates properly corresponded to the van. The vehicle may have had a sliding side door on the passenger side, two swing-out rear doors, each with a window, and the van may have been somewhat customized, according to the FBI.

"I’d be remiss if I didn’t acknowledge that Kristin’s case has long been associated with several other high-profile murdered and missing persons cases in the area during the same time frame. We are not ruling out the possibility Kristin’s murder is related to those murders, but we are investigating Kristin’s separately. That is all I will say about the other cases today," Schoffstall said.

Many years ago, authorities also received an anonymous letter that said, in part, “the soreness of losing someone like Kristin David lives forever.”

Advances in technology have allowed the FBI to develop new investigative leads. Currently, evidence items found on and near Kristin’s body are being reviewed and retested.

In addition, nearly four decades-worth of documents and reports from the FBI’s case file have been reorganized. Records which had been maintained by local agencies were digitized and incorporated into the complete file.

The investigation into David’s murder continues to be a joint investigation by the FBI Salt Lake City Field Office, the Asotin County Sheriff’s Office, and the Lewiston Police Department.

How to provide information

The FBI asks if anyone has information concerning this case or concerning the unknown suspect, please visit tips.fbi.gov or call 1-800-CALL-FBI.

People may also contact their local FBI office, or the nearest American Embassy or Consulate.

To leave an anonymous tip, visit the FBI's website. 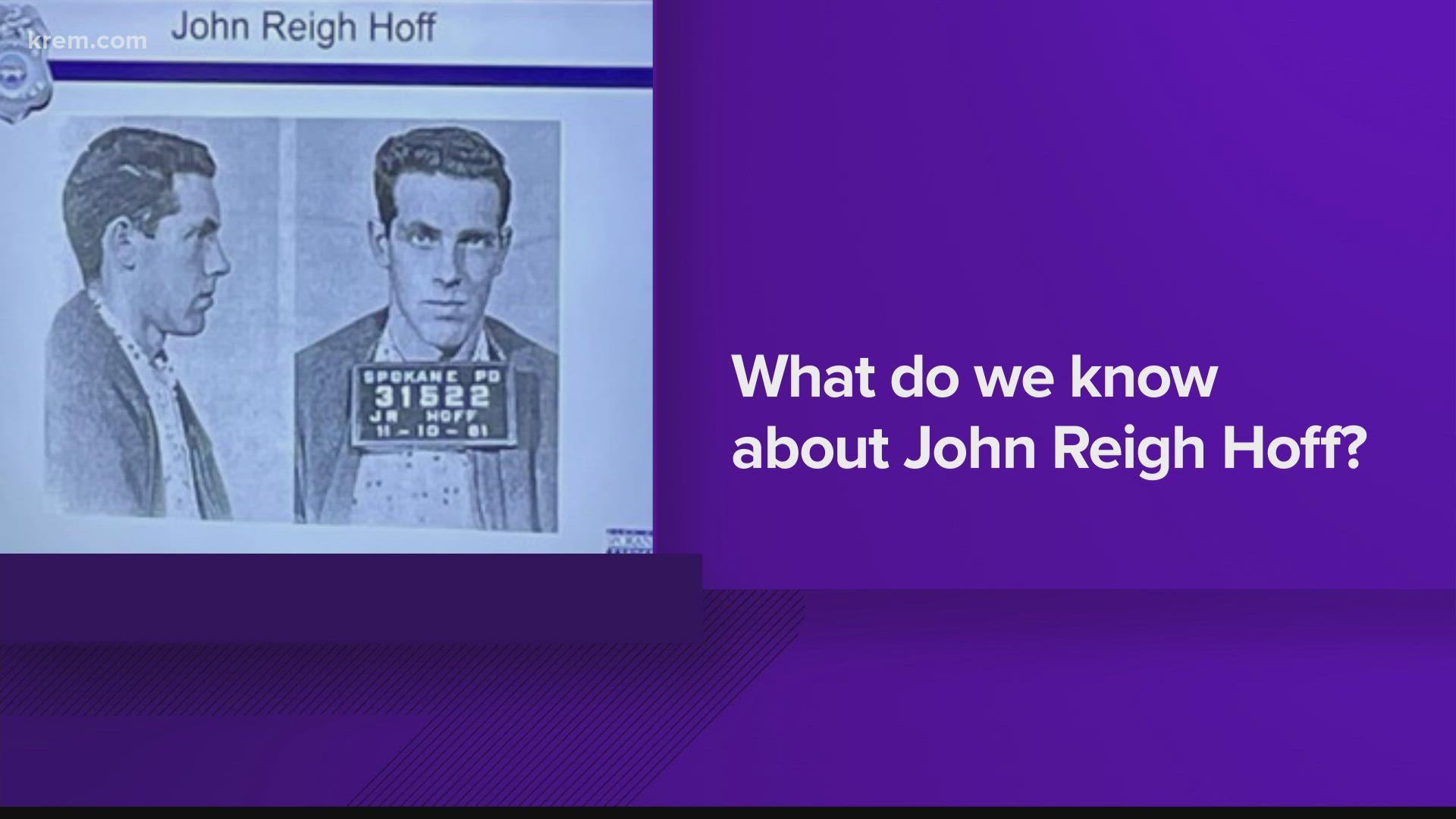 Your questions answered about the Candy Rogers cold case