In February, two large swastikas were painted on the east side of the Spokane synagogue and red paint was used to deface a Holocaust memorial. 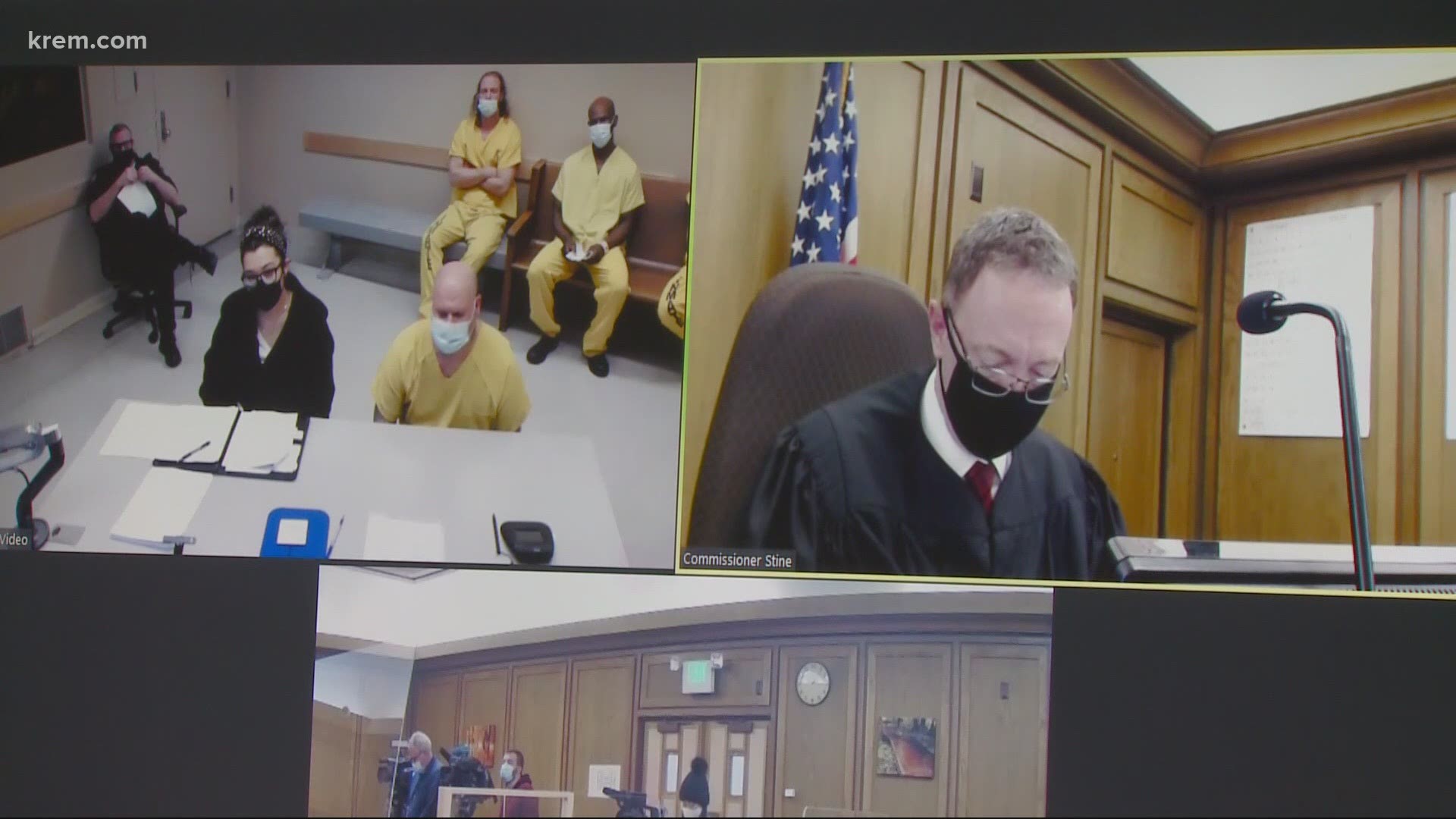 SPOKANE, Wash. — A man who admitted to anti-Semitic vandalism of a Jewish synagogue on Spokane's South Hill in February was sentenced on Friday to seven months in jail.

Raymond Bryant, 44, was charged with second-degree malicious mischief and malicious harassment, which are hate crimes in Washington state. He is reportedly a member of a white supremacy group and previously harassed members of Temple Beth Shalom, according to court records. Along with his sentence, Bryant must also pay $9,283.84 — most of which is restitution money.

Temple Beth Shalom paid $2,000 to remove the graffiti from its building and a Holocaust memorial, court records say. Two large swastikas were painted on the east side of the building, red paint defaced a Holocaust memorial and “W [lighting bolt] P” was also written on the main entrance.

Rabbi Tamar Malino, who serves at Temple Beth Shalom, was in court for the sentencing on Friday. Malino said she would have hoped for Bryant to receive more jail time for the vandalism, adding that she believes his sentencing is "due to the limitations of the [criminal justice] system."

“I think it’s within the limitations of the criminal justice system that we are where we are and...if it were possible I would much prefer some kind of education or rehabilitation than anything else," Malino told KREM's Amanda Roley. "But obviously, he needs to kept away from our temple building for a certain amount of time and that’s really important.”

The most important message to come out of Bryant's sentencing is that "his acts were intolerable and he does deserve consequences for his actions," Malino said. She added that Temple Beth Shalom will remain a "strong and vibrant and active Jewish community in Spokane."

Rabi Tamara Malino was in court for the sentencing and says Bryant did apologize for what he did. @KREM2 pic.twitter.com/JdIihVJMis

Bryant did apologize to the Jewish community during his sentencing but it was “not at all clear that he understood the implications of his actions," Malino said.

Bryant previously told police he was "trying to get some publicity because a lot of the times they would discard our flyers" and admitted to the vandalism, court records say.

Police then asked Bryant if he thought the vandalism worked, to which he replied, "A little, but it wasn't worth it. It won't happen again. It was stupid," according to court records.