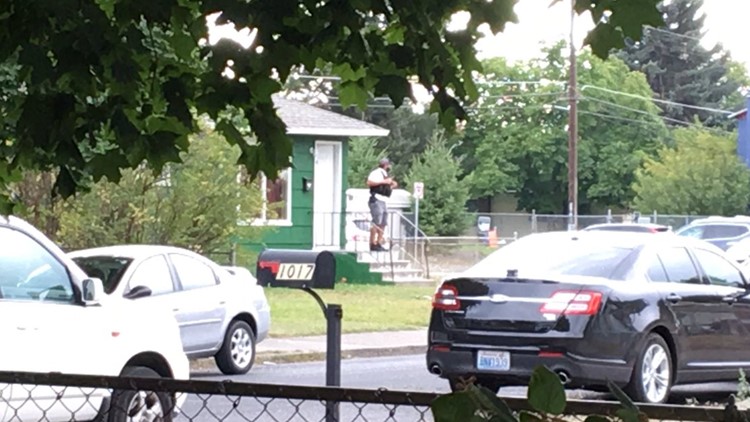 SPOKANE, Wash. — A suspect was arrested after a SWAT standoff with Spokane police and the U.S. Marshals Service Thursday afternoon.

It happened near the intersection of North Nevada Street and East Garland Avenue around 2 p.m.

The suspect, Modesto Briggs, 18, was arrested without incident on 11 counts of first-degree assault. Spokane Police Communications and Public Information Officer John O'Brien said the charges are related to a drive-by shooting from May 16, 2019 in the area of 1300 East Wabash Avenue.

O'Brien said numerous attempts to contact Briggs were made and he eventually came out of the home and surrendered peacefully. He was then booked into the Spokane County Jail.

According to O'Brien, Briggs is a convicted felon with convictions out of Washington State for threats to kill, first-degree theft, third-degree theft and resisting arrest.

RELATED: Man arrested for buying plane ticket to walk his wife to the gate