Do you know this man? Grant County deputies search for shooting suspect

The sheriff's office believes the suspect is connected to two shootings near Moses Lake, one of which left a man dead. 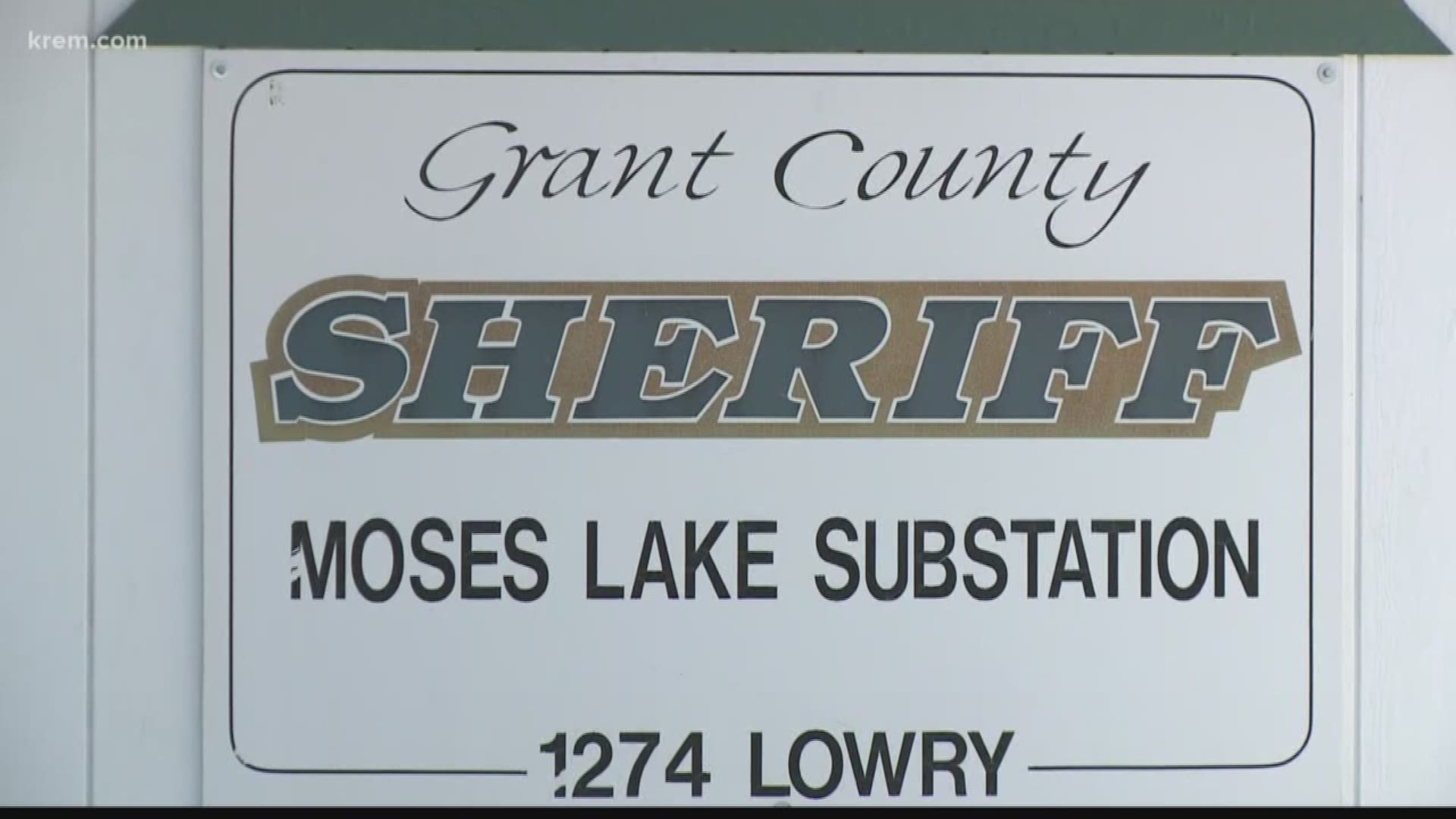 GRANT COUNTY, Wash. — Authorities in Grant County are asking for the public's help in their search for a man who could be connected to a fatal shooting near Moses Lake.

Shots fired in the Larson community on Tuesday morning prompted warnings for neighbors to shelter in their homes. The neighborhood has traditionally been called "The Base" given its proximity to the former Larson Air Force Base.

Nobody was hurt, but bullet casings were found at the scene.

The suspect, who fled the scene, was described as a man wearing a red flannel shirt and khaki pants.

Another shooting occurred in the same neighborhood just after 9:15 p.m. on Tuesday. Authorities with the Grant County Sheriff's Office (GCSO) said a black-colored sedan had been struck by gunfire multiple times, with the driver sustaining a gunshot wound. The suspect vehicle fled the scene.

The shooting victim later died at a Spokane hospital in the Larson neighborhood's first homicide since 2015. His name has not yet been released.

Kyle Foreman with GCSO said both shootings appear to be "targeted" rather than random. Authorities also believe that they may be gang-related.

"It makes our job a little bit easier to try to find who did this and maybe catch the bad guys," said Kyle Foreman with the sheriff's office.

The sheriff's office is asking people in the neighborhood to review their residential camera systems for any video or photos that might assist authorities with their investigation into the fatal shootings.

Videos and images can be anonymously uploaded to the GCSO website.

Drive-by shootings have happened in the area before, according to the sheriff's office. But the 2015 murder in the neighborhood has since acted as a tipping point, and people living there have been working with authorities to take back the Larson community, authorities said.

"The community has risen up and joined forces. They've been empowered in order to take their community back. And they do a wonderful job of that," Foreman said.

Those have seen something or know something are asked to contact the Grant County Sheriff's Office by calling 509-762-1160 or emailing crimetips@grantcountywa.gov.