The letter found in Anderson's cell to ‘K’ posed the question, “Do you have the courage to do what’s for everyone? Including yourself and your precious boy?” 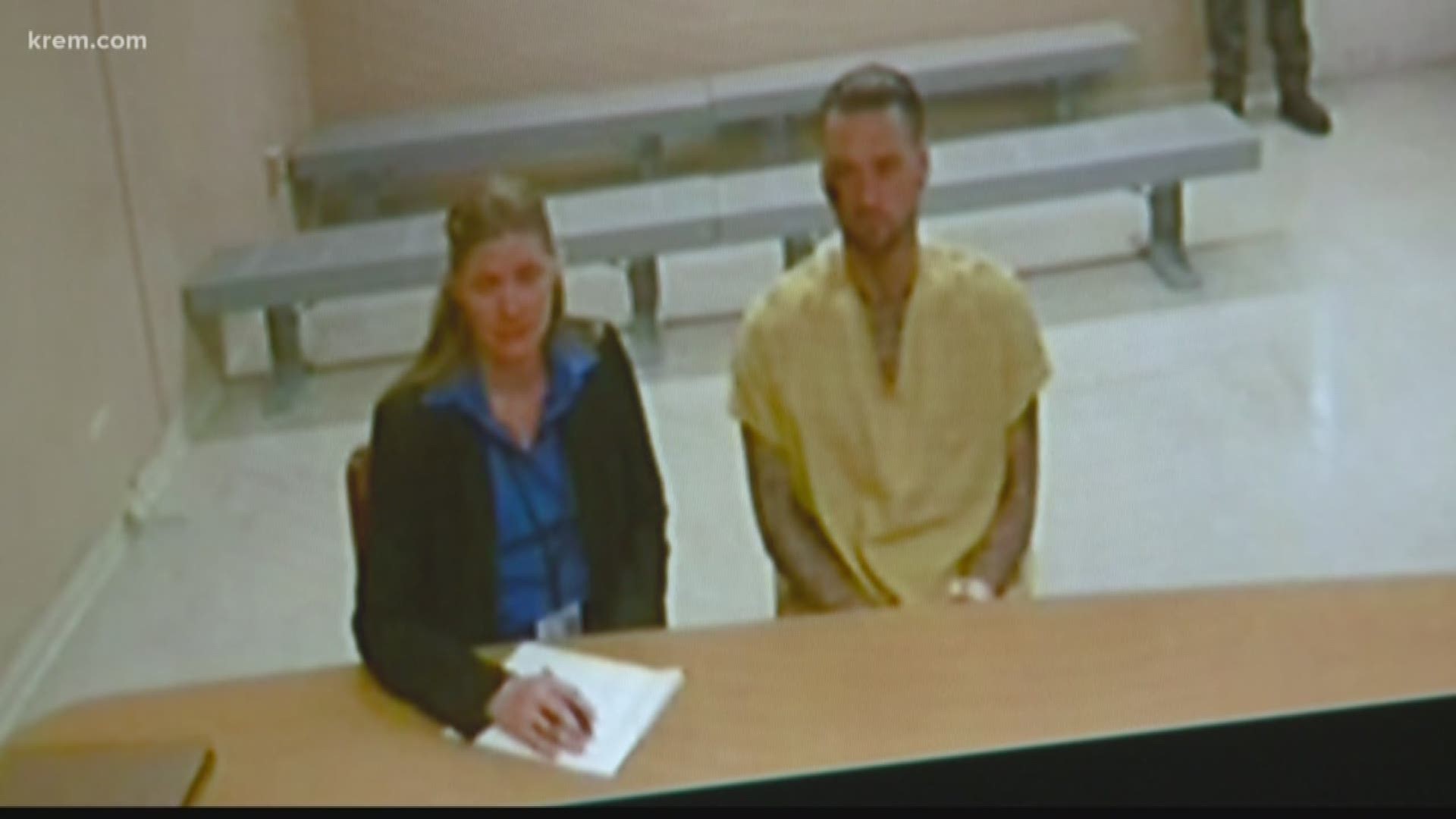 SPOKANE, Wash. — The suspect in a deadly drive-by shooting on Wandermere Road back in July is now charged with witness tampering.

According to Spokane County Sheriff’s Corporal Mark Gregory, a court order issued Thursday revoked Jonathan Andersen’s phone privileges and detention staff took steps to prevent him from contacting a witness in the case. Gregory said despite these efforts, he continued to reach out to the witness.

Anderson was also moved to a different cell to stop him from using the phones.

Gregory said detention staff searched Anderson’s original cell and belongings for contraband or any activity that would violate jail policy. During the search, staff found a letter that appeared to be an attempt by Anderson to pressure a witness into changing their testimony, include steps the witness should take.

This information was given to a detective and he was later given a search warrant Friday for Anderson’s property and person.

While executing the warrant, Gregory said a letter was located, along with other evidence, and seized.

According to Gregory, the letter was written to ‘K’ and mentioned that person’s baby, mother and boyfriend. Detectives used information in the letter and was able to determine that ‘K’ was a material witness.

The letter told ‘K’ to stop cooperating with investigators and to “retract all prior statements to law enforcement that have anything to do with JA,” Gregory said. It went on to say if ‘K’ did this, the witnesses name would be cleared of any “snitch” or “rat” label that “JA’s drug gang has put onto you.” It continued, noting “…you will not make it to a trial situation unharmed” and ‘K’ will “be silenced if necessary,” according to Gregory.

The letter noted ‘K’ would receive a paid lawyer and a total of $50,000 cash for cooperation. It went on to pose the question, “Do you have the courage to do what’s right for everyone? Including yourself and your precious boy?”

The handwritten letter will be submitted for examination by a forensic handwriting expert as this investigation continues and additional charges are possible.

Anderson is accused of killing Misty Hirsch on July 7.

Through witness statements, detectives learned that Hirsch was with a friend and her boyfriend at Lowe's in North Spokane on the day of the shooting.

Witnesses told deputies that the group drove to the Wandermere area because Hirsch said she wanted to show them something. She then turned around at Glencrest and began traveling south on Wandermere when the red Expedition sped up behind her vehicle.

Hirsch slowed down and waved the vehicle by as the suspect fired gunshots, striking her in the head, deputies said. The male passenger walked away before deputies arrived on scene.

Information obtained during interviews indicates that Hirsch approached Andersen in the parking lot of a car wash near Lowe's before the shooting on July 7, deputies said. She gave him a purse and said something to the effect of it being a mistake to take it.

Deputies said Hirsch then returned to her vehicle and drove away.

Andersen then began following Hirsch, who tried to lose him but was unsuccessful.