After multiple thefts, organizers of the Friends of the Centennial Trail decided to remove the remaining medallions and display them in a new way. 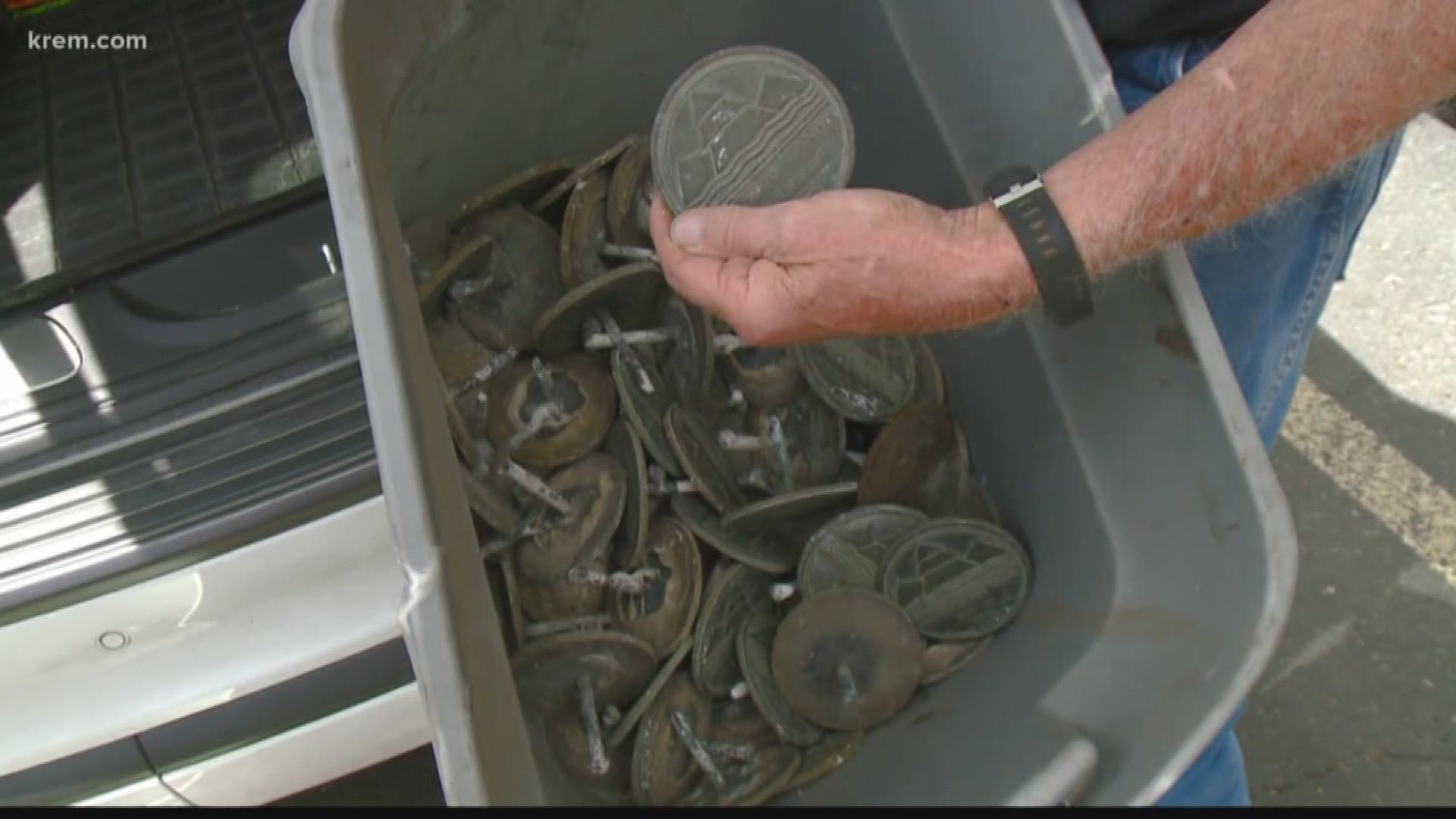 Each were purchased 30 years ago as part of the capital campaign fundraiser to make the trail what it is today.

However, over the years, thieves have ripped them out of the ground to try to sell as scraps. Now organizers are searching for a way to secure them.

In 2005, Friends of the Centennial Trail said  more than 400 of them were stolen. Replacements were made and re-installed back on the trail.

Then last spring, about another 400 were taken again. Spokane Police said the thieves tried to sell them at local recycling centers.

"They're just not worth any monetary value. The value is in the memories and the unique representations,” said Loreen McFaul who is the Executive Director of Friends of the Centennial Trail.

Loreen said over the last 30 years, Spokane area residents, businesses and nonprofit organizations rallied together to raise capital funds to build the Spokane River Centennial Trail. The more than 3,700 Miracle Mile Medallions were a big part of funding the project.

Each one was personalized and placed in concrete on the side of the Centennial Trail. Each tell a different story from birthdays, weddings, anniversaries, jobs, class reunions and more.

Friends of the Centennial Trail knew they had to find a solution to prevent more memories from being stolen.

“I have received dozens of calls and emails from upset citizens and visitors who have cherished medallions that no longer exist on the Centennial Trail,” said McFaul. “The Miracle Mile is our ‘donor wall’ and we remain committed to honoring the memories these medallions represent. However, it is impossible to properly maintain and secure them in the Centennial Trail; we simply cannot guarantee they will not continue to be vandalized and stolen.”

Organizers say they are currently looking into including the medallion replacement as part of the $1.5 million Don Kardong Bridge renovation on Miracle Mile 22 between Gonzaga University and the Riverpoint Campus. Each unique medallion inscription will become a part of the bridge.

"We're taking the top of our rail and putting in those medallions into new form into the railing so you can see the medallions as you walk across,” said Nick Hamad.

Hamad said the design process is in the early stages, but the new bridge will get rid of the 90's looking triangles, add a new deck, railing and install more lighting. Perhaps the most personal part will be the including the original donors who brought this trail to life.

"This is an opportunity to take that whole community of folks who have donated over the years and put a little piece of them into a brand-new project,” Hamad said.

While the medallions won't return in the same form, the meaning behind them will stay for a long time.

"The work of a few that have ill intent just won't win. That's not what this is about, this is about the good news and making sure it continues for another 30 years and beyond,” McFaul said.

The bridge is still in the design phase and will wrap up next Spring. Construction is set to begin in early 2020, with completion slated for Fall of 2020.

To minimize damage, medallions are being gathered and stored by Coordinating Council partners and eventually returned to donors.