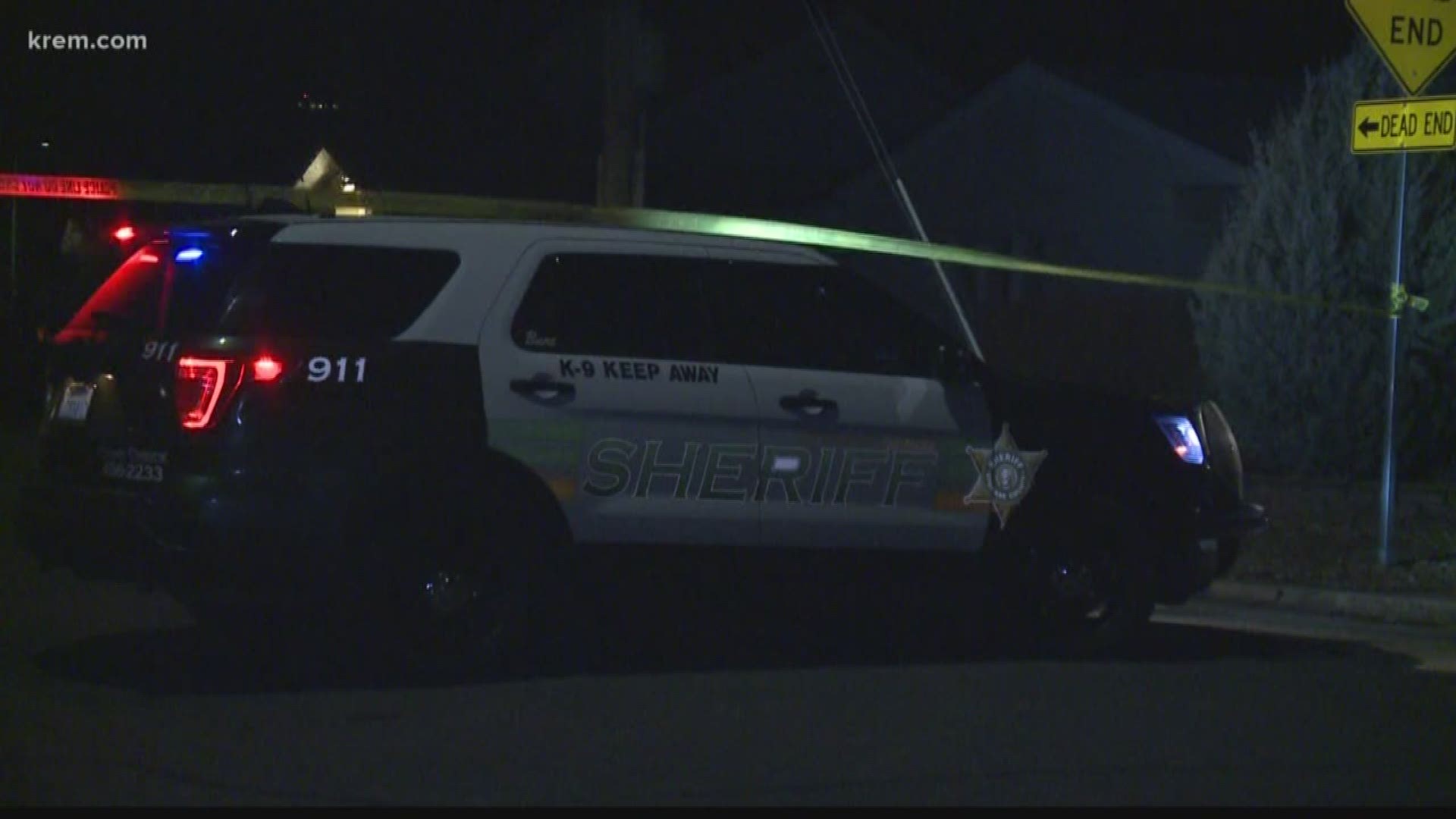 SPOKANE VALLEY, Wash. — The victim of a shooting in Spokane Valley on Sunday has succumbed to his injuries, according to Spokane Valley Sheriff's Corporal Mark Gregory.

The Spokane Valley Sheriff's Office arrested a man early Monday morning in connection with the shooting.

According to Spokane County Sheriff's Corporal Mark Gregory, police arrested 34-year-old Brian Riley on Monday morning for allegedly shooting the victim at a house on East 7th Avenue on Sunday.

Riley pleaded not guilty to attempted first-degree murder during a court appearance on Monday afternoon. A judge set his bond at $500,000.

Court documents filed on Monday also say that Riley, also known by his nickname of 'Rowdy,' "was the suspect in a fatal shooting" in Hillyard on Feb. 19. He has denied involvement in the Hillyard shooting.

According to the documents, a resident at the house who was there at the time of the shooting told police that Riley allegedly said he was there to talk to the victim about getting money off credit cards. The documents also said the resident believed the credit cards were stolen.

The resident also told police that Riley, also known by his nickname of "Rowdy," was allegedly armed with two pistols and a "long gun, which Riley called a 'sub'," according to the documents.

The resident told police he told Riley to go upstairs to talk to the victim, according to records. The resident said didn't hear any arguing or yelling before a single gunshot went off, records say.

Police later arrested Riley after he was caught speeding, according to police. Riley allegedly parked the vehicle and entered the backyard of a home on East Pacific Avenue, according to the records. Riley was arrested without incident.

Riley is being held in the Spokane County Jail on $500,000 bail, according to the jail roster.