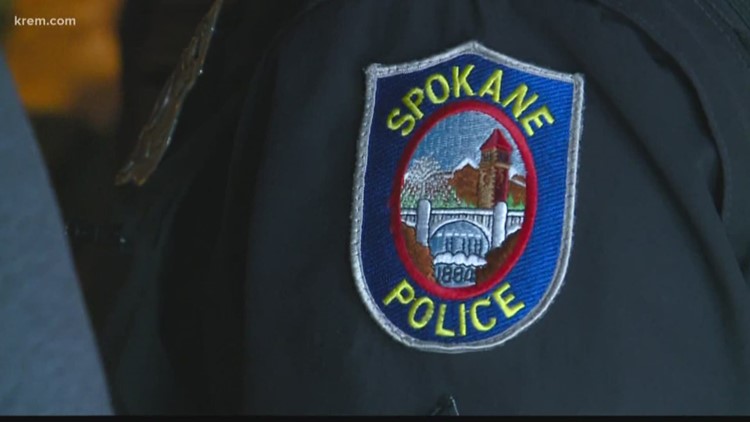 SPOKANE, Wash. — The Spokane County Prosecutor's Office has determined that a Spokane police officer's use of force in a July 2019 shooting was justified.

According to a news release, the prosecutor's office decided that Spokane Police Officer Daniel Lesser was justified in using lethal force in the shooting of Charles E. Jackson on July 6, 2019. Jackson was uninjured in the shooting.

Lesser shot at Jackson, who was wanted on a federal warrant for a parole violation, after Jackson allegedly pointed "what appeared to be a firearm at Lesser" while the officer was trying to arrest him, according to the release.

Lesser was on patrol near the Grocery Outlet at 4th Avenue and Maple Street when a person reported seeing a black male carrying a baseball bat behind a dumpster, according to the prosecutor's office.

Jackson was identified by Lesser by a tattoo of a stop sign on the back of his head, according to the release. Lesser then told Jackson he was under arrest, after which Jackson allegedly ran through a nearby gas station parking lot.

After chasing Jackson in his patrol car, Jackson allegedly pointed what looked like a gun at Lesser as he ran down an alley, according to the release. Lesser told Jackson to drop the gun and continued to chase him on foot, eventually firing two shots at Jackson before losing sight of him in a nearby apartment complex.

Jackson was eventually taken into custody uninjured. The prosecutor's office said Lesser's use of force was justified because he was acting in good faith as he thought Jackson was pointing a gun at him. The gun turned out to be a BB gun that was "very similar in appearance to a Beretta 9mm handgun."

Lesser will not face charges.

The following video is a report on a suspect killed in Lewiston during an officer-involved shooting.