The city council formally accepted $44,515 to pay overtime to a detective and sergeant assessing dozens of cases. 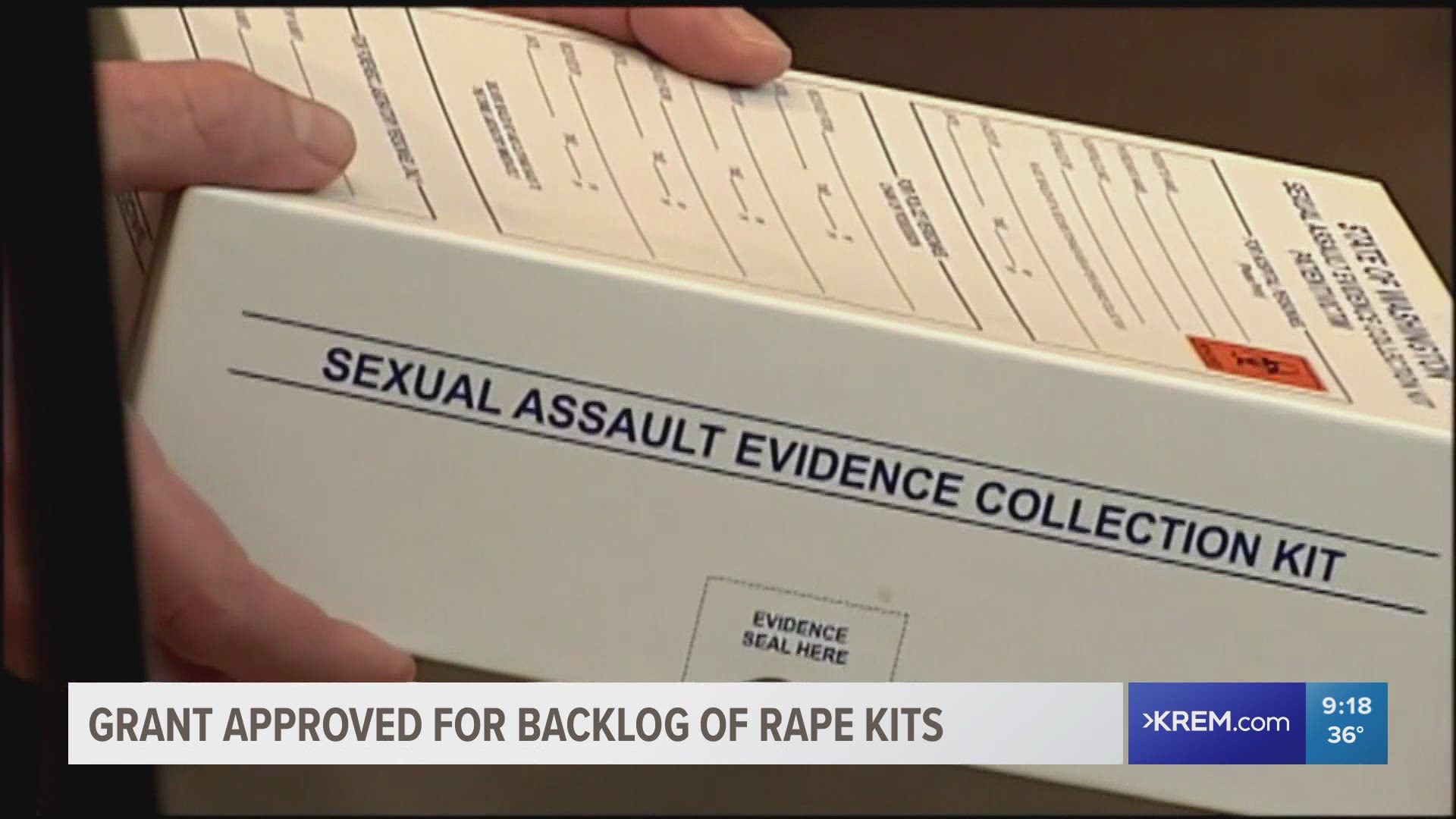 SPOKANE, Wash. — The Spokane Police Department received more money to chip away at the backlog of rape kits on Monday, as the Spokane City Council formally accepted an extension of grant money that helps pay the police assigned to it.

For years, sometimes decades, thousands of untested kits have been sitting in warehouses across Washington. In recent years, the state government has ramped up efforts to clear that backlog and make some progress on sexual assault investigations.

Earlier this year, SPD accepted a grant of $26,742 to pay overtime to the detective and sergeant tasked to do this work locally.

According to the department, there were 1,579 kits the city was prepared to send to the state crime lab. Of those, the lab has so far accepted 711. And of those, 90 have returned a hit in the DNA database known as CODIS.

Now, it's up to the local cops to take a look at those 90 cases and figure out which have enough there to relaunch a full investigation. That can be painstaking work.

"[They have to get] familiar with what happened in this case, first of all," said SPD spokeswoman Julie Humphreys. "Because many of these cases are old. They may be from the early 80s, some of them. So it's a process to go through and carefully look at... where is there information that may lead us to move forward and make an arrest in this case?"

Humphreys says the officers doing this work have made rapid progress, but it requires a lot of overtime. That's why they requested the extension of funds from from the Washington Association of Sheriffs and Police Chiefs.

"These additional dollars that we're asking for will give us the flexibility to be able to get that work done, and not stop all the sudden when we've got a case that's worth moving forward with, but we have to stop because we're out of funding," she said.

On Monday Spokane City Council formally accepted that money into the city's coffers. That means the police can continue assessing, and in some cases starting the investigations for, these cases.

However, we may be a ways out from arrests. The unit also is responding to more recent major crimes.

Humphreys says investigators are also sure to be sensitive to survivors who may not want to re-engage with trauma.

"I mean the goal is always to help victims get closure, to bring the perpetrators to justice, and to solve crimes," she said. "But the victim is the one who has the say here."