Spokane police officer gets probation for 2020 crash that injured couple

Officer Michael Brunner was fined $283 for his reckless driving that injured a married couple. 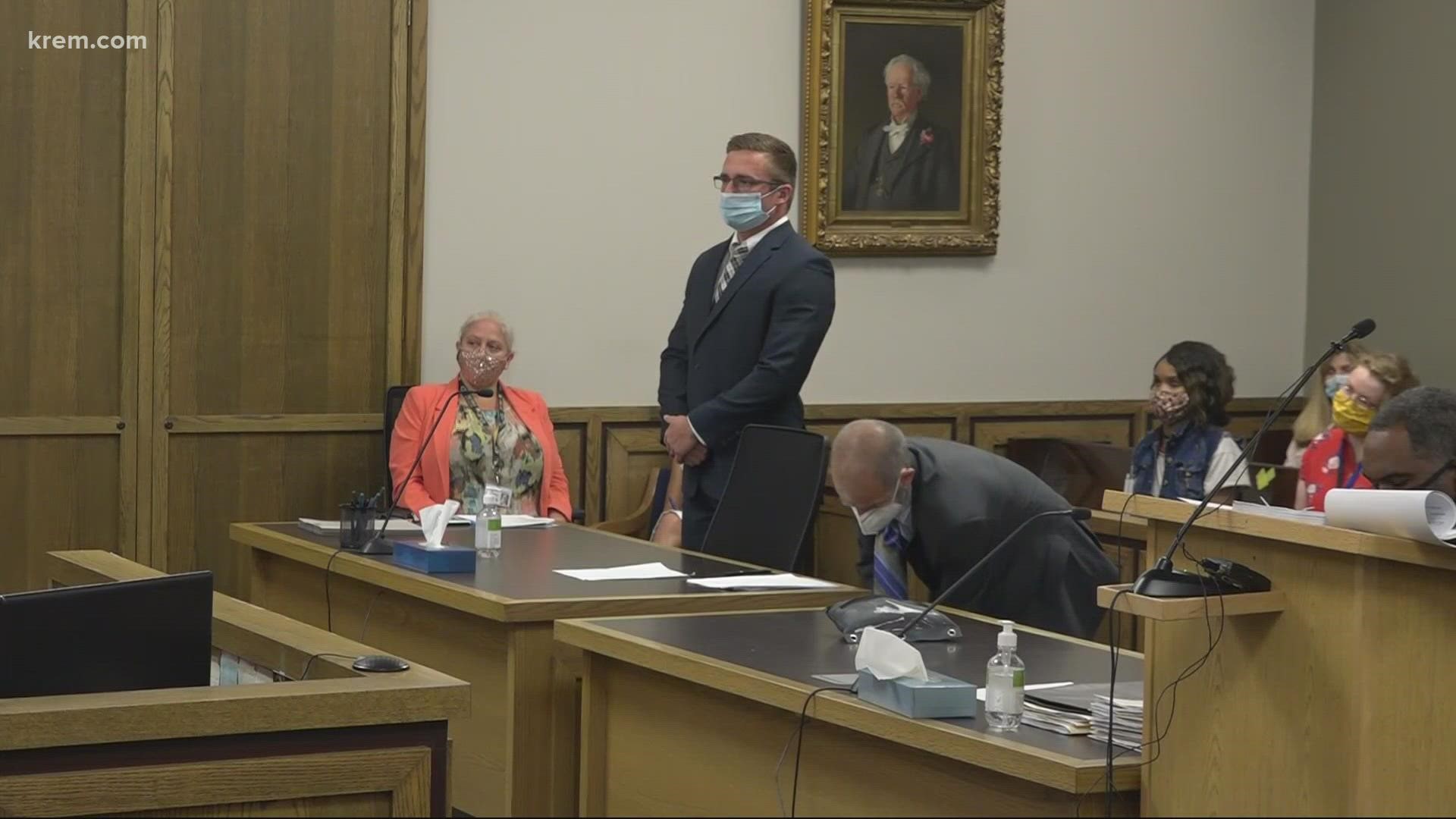 SPOKANE, Wash. — Spokane police officer Michael Brunner has received a 12-month suspension and $283 fine for reckless driving that injured a married couple in another vehicle. If he violates his probation, Brunner will face one year in jail.

This sentencing comes after Brunner was charged with two counts of vehicular assault in July 2020 following an investigation into the crash by the Washington State Patrol. Brunner pleaded not guilty to these charges. The charges were later downgraded to reckless driving.

Spokane Police Spokesperson Julie Humphreys said Brunner was laid-off after he was charged with the felony. Once he pled down to the misdemeanor, Humphreys said he was reinstated as an officer but is on paid administrative leave while Internal Affairs conducts an investigation into whether or not he broke department policy.

According to the investigation, Brunner was going 65 mph in a 30 mph zone before hitting another car at the intersection of Lincoln Street and Fifth Avenue on March 25, 2020. Court documents report that Brunner was on his way back to the police station and was not responding to an emergency at the time of the incident. A witness claimed that Brunner had been tailgating her moments before he passed her on a hill and crashed.

The couple, James and Lois Collins, were seriously injured in the crash. James Collins suffered a broken rib and collarbone, as well as bleeding in his right retina. Lois Collins received a laceration to the head that had to be stapled shut.

The couple was ticketed by another officer following the crash. According to Crary, Clark and Domanico Law, the law office that represented the couple, the ticket was later dismissed.