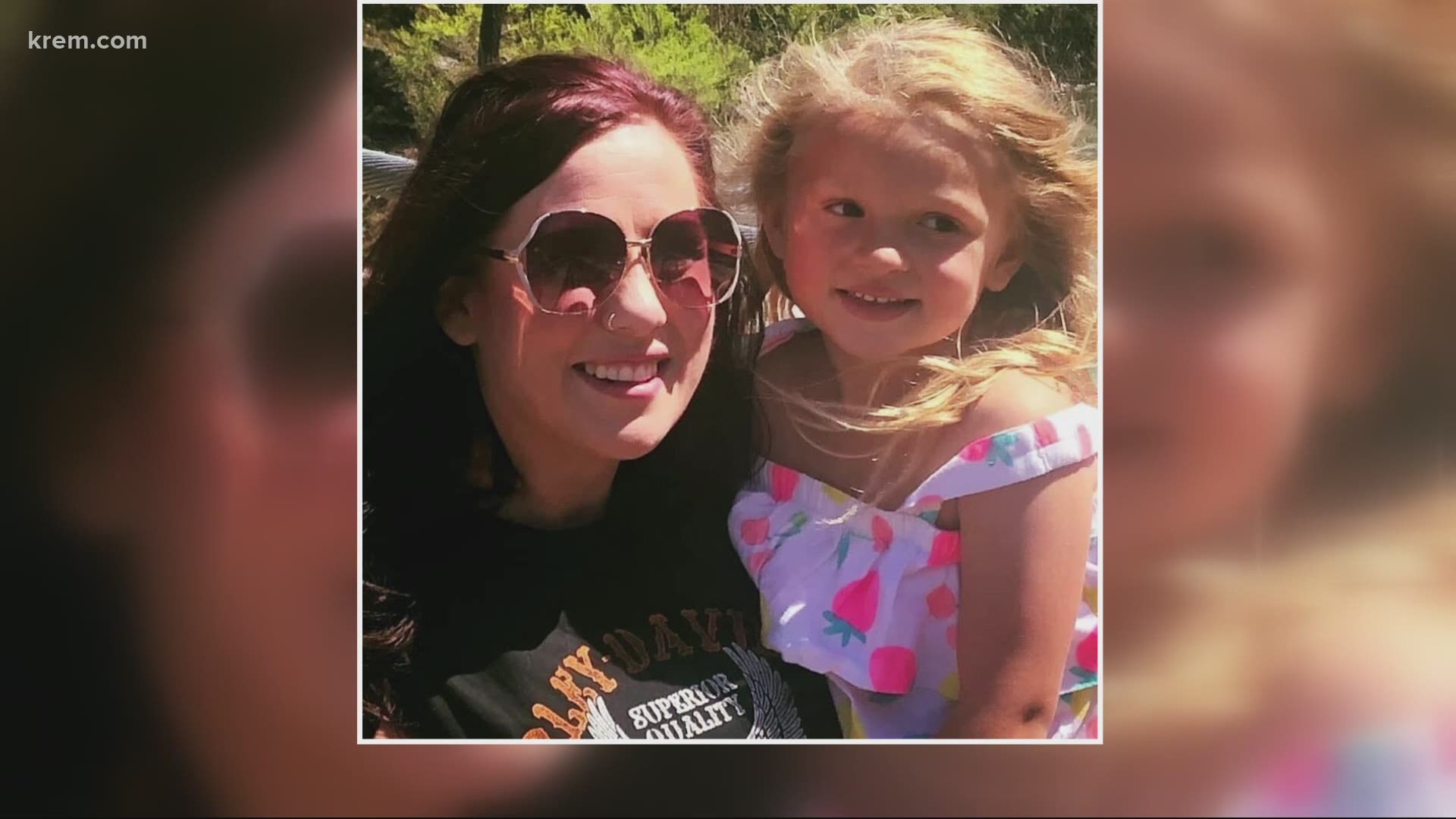 SPOKANE, Wash. — Hundreds of friends, family and community members gathered for a candlelight vigil on Wednesday night after the death of a Spokane mother.

The vigil ban at 7:30 p.m. on Wednesday at Franklin Park. Co-workers of Kassie, the mother who lost her life, organized the event with donations from their union. Domestic violence counselors were at the vigil for anyone who needed to talk.

Kassie was found dead in North Spokane on Sunday and her five-year-old daughter, Lilly, is hospitalized after suffering injuries in an attack. KREM 2 is intentionally not sharing their last names to protect the child's privacy. Relatives of the two said the suspect is Kassie's ex-fiancé but Spokane police have not yet confirmed this information.

Kassie died at 35 years old, according to the Spokane County Medical Examiner's Office. The medical examiner ruled her cause of death as multiple stab wounds to the torso, head and upper extremities and the manner as homicide.

A GoFundMe is set up to help Lilly's family with the cost of her recovery. Supporters have raised more than $93,000 as of Thursday. An update posted to the campaign said Lilly is "doing well" and will likely stay sedated through the weekend due to her injuries.

Kassie was found dead and Lily was seriously injured at their home near 5100 block of North Adams Street on Sunday afternoon, according to police.

Police received a call around 2 p.m. on Sunday after a friend who went to the home said they found what they believed was a car running in the garage but they weren't able to get in, according to police.

Firefighters were able to get into the garage and found a car running with a semi-conscious man inside the vehicle, according to police. Police believe he is responsible for the attack. The man was taken to a local hospital and is in police custody.

On Monday, family and friends laid balloons, flowers and a card in Kassie and Lilly's yard. KREM spoke to neighbors off camera who said they are heartbroken over Lilly losing her mom and fighting for her life. They described her as a sweet little girl, adding that the family moved into the home about a year ago.

KREM also spoke to a longtime friend of Kassie's who is helping to organize the vigil and Lilly's aunt. They are still processing what happened.

"I think everybody is very devastated. A lot of emotions are running high right now. The families are hurting. I talked to them. I mean, this has devastated all of us," Kassie's friend Kim Domitrovich said.

"Obviously it's devastating to hear what happened to Kassie and then hearing what happened to Lilly and it makes you so angry because things like that shouldn't happen," Lilly's aunt, Sierra Kellogg, said.

Police have not confirmed any identities but they will release the suspect's name once he is charged and booked into jail.