Tina's Law is a bill that would create a registry of domestic violence offenders. The bill failed in the legislature in 2019. 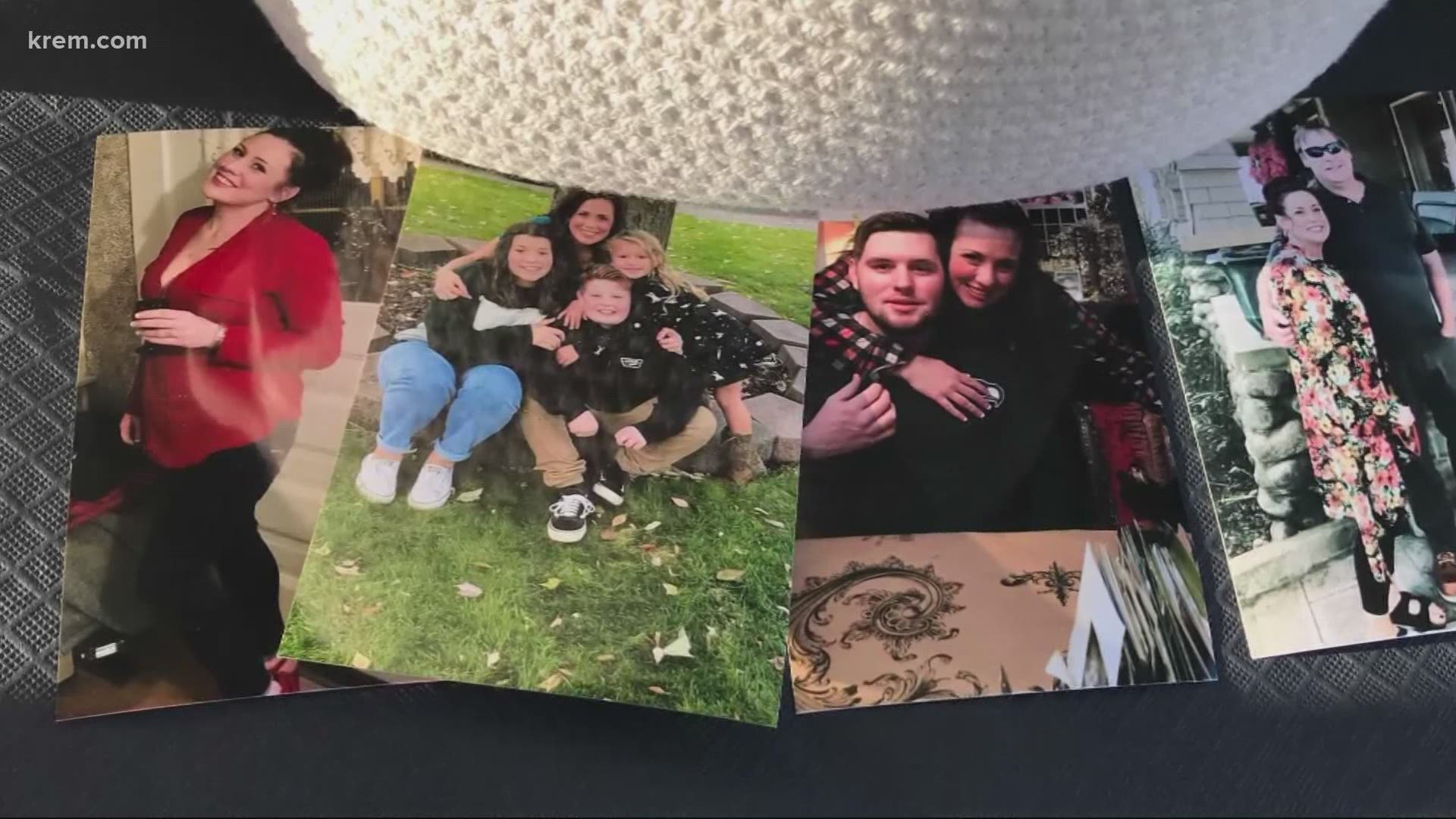 SPOKANE, Wash. — Hundreds of community members came together Wednesday night for a candlelight vigil at Franklin Park for a mother who was killed in her North Spokane home on Sunday.

Kassie was found dead in her home on North Adams Street and her five-year-old daughter, Lilly, is hospitalized after suffering injuries in the attack. The Spokane County Medical Examiner said Kassie died from multiple stab wounds and confirmed the manner of death as homicide.

KREM 2 is intentionally not sharing the victims' names to protect the child's privacy. Relatives of the two said the suspect is Kassie's ex-fiancé but Spokane police have not yet confirmed this information.

A family who knows the pain of domestic violence attended Kassie’s vigil. Tina Stewart was killed in Newman Lake in 2018 and her boyfriend was sentenced to 16 years in prison for her murder.

Don Estes, Stewart’s uncle, became an advocate for Tina’s Law. It’s a bill that would create a registry of domestic violence offenders. The bill failed in the legislature in 2019 but Estes hopes it will be reintroduced in the next legislative session.

“Women and men are getting involved in relationships and they have no idea that their perpetrator had a domestic violence or a violent past. It’s so common and these perpetrators just keep getting out and reoffending and look what happened now. Kassie’s no longer with us so it's important that we continue this fight,” he said.

Estes said his wife and family are devastated over Kassie’s death. He said she was a sweet woman and a wonderful mother.

Kassie died at 35 years old, according to the Spokane County Medical Examiner's Office. The medical examiner ruled her cause of death as multiple stab wounds to the torso, head and upper extremities and the manner as homicide.

A GoFundMe is set up to help Lilly's family with the cost of her recovery. Supporters have raised more than $93,000 as of Thursday morning. An update posted to the campaign said Lilly had surgery to drain one of her wounds that was causing an infection. She's on antibiotics and has a PICC line giving her nutrients.