Spokane had five drive-by-shootings in three days this week

Spokane police say the 5 shooting appear to be unrelated, some of the shootings are being investigated for gang activity. 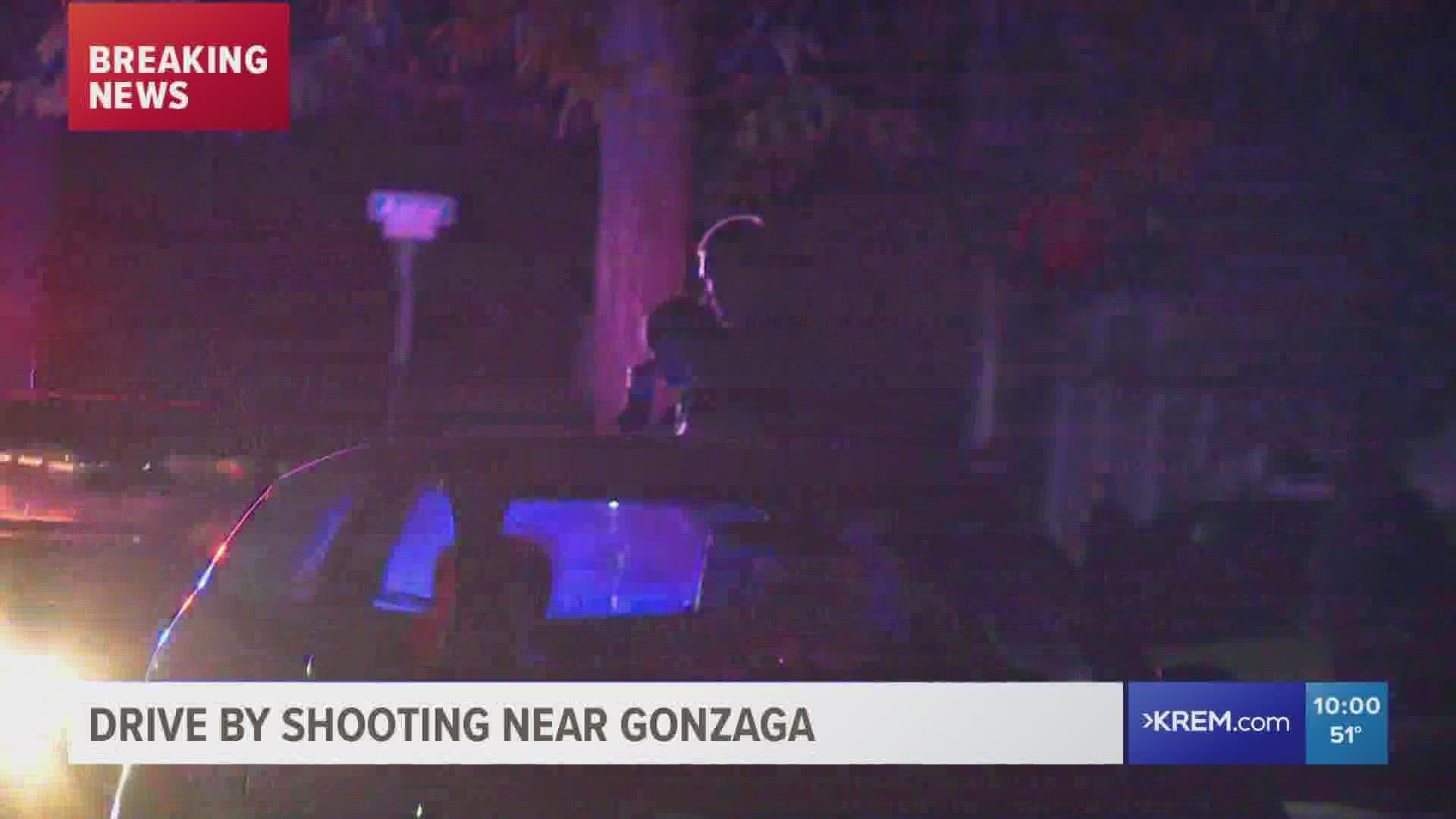 SPOKANE, Wash. — Spokane police responded to five drive-by-shooting in three days this week, some with gang connections. Three of those shooting happened on Thursday.

The first shooting happened Tuesday night near Gonzaga campus. Two men were shot and went to the hospital with non-life threatening injuries. Police believe this was not random but a dispute between the people in 2 cars near Mission and Addison.

The second shooting happened Wednesday afternoon on the 4400 block of North Lincoln . Neighbors reported hearing multiple gun shots and seeing an SUV leave the area. No one was hurt but five bullet holes were found in the car outside the house. Police believe this shooting was targeted.

On Thursday, Spokane police responded to three drive-by-shootings in one day.

They started by responding to gun shots near Pittsburg and Dalton. They believe the shooters were targeting an occupied vehicles. Only one hour later, more gun shots.

This time, in the 600 block of East Bridgeport after shooting off some initial rounds, police believe a suspect returned and fired off more shots. Officers found bullet holes in a home and shell casings. They believe it to be another targeted shooting.

While those two shooting were happening, the fifth drive-by shooting was taking place 2000 block of West Mallon. Police responded and found three bullet holes in an apartment building. No one was hurt and the man who lived in the apartment doesn't believe he was the intended target.

No one has been arrested in any of these shooting and police continue to investigate the five scenes. Police say a majority of the shootings appear to be unrelated to each other.

Spokane police say there is no on going threat to the public since they suspect all of these to be targeted shootings.