Police: Woman found in Browne's Addition appears to have been assaulted, not shot 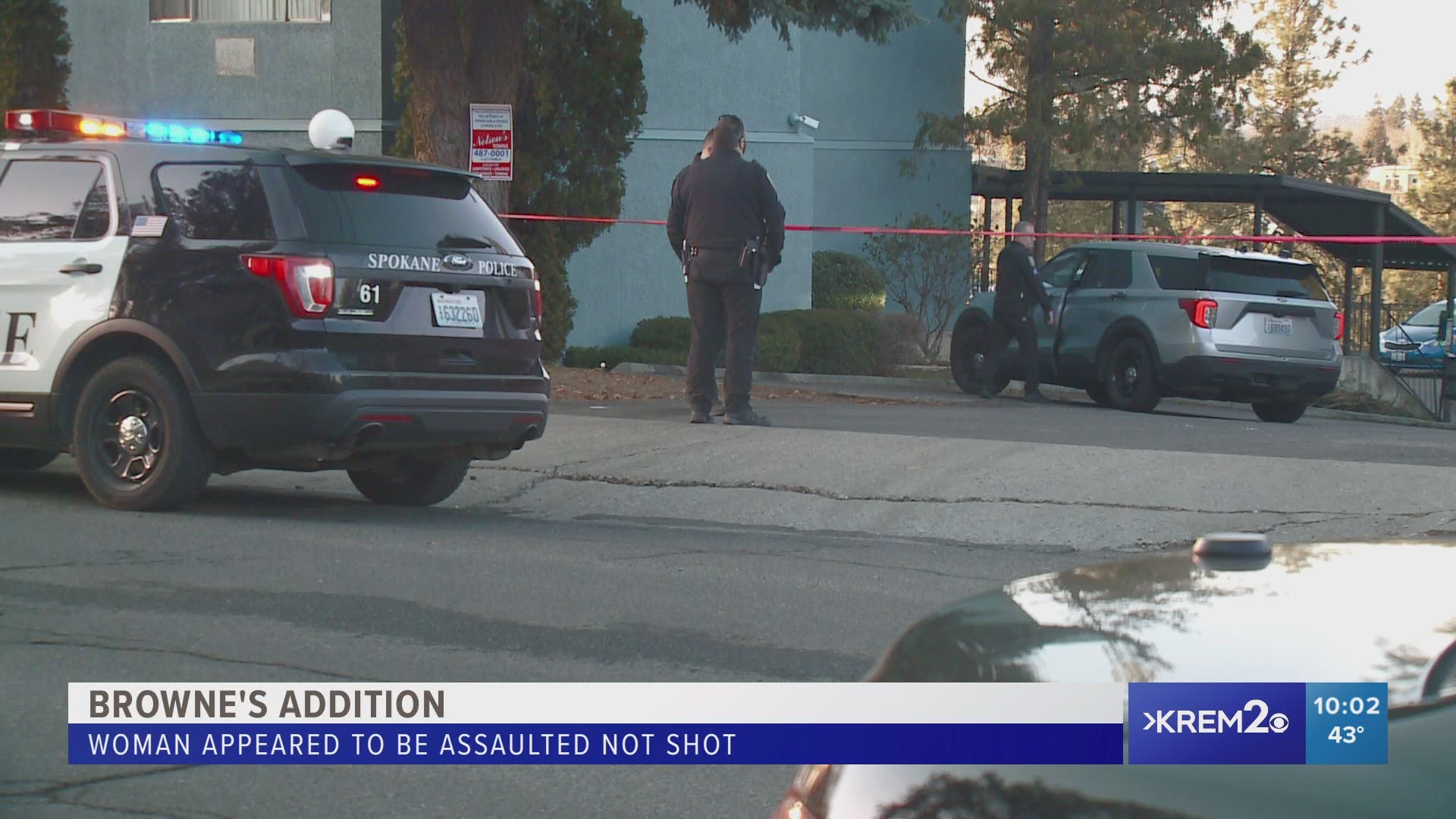 SPOKANE, Wash. — Spokane police are now investigating an incident that left a woman with non-life-threatening injuries as an assault instead of a shooting.

Spokane Police Officer John O'Brien said multiple reports were made of a woman hanging from the passenger side of a vehicle, saying she had been shot, at about 3:30 p.m. on Wednesday. Officers found the woman in the vehicle shortly after in the 2100 block of Browne's Addition behind an apartment complex.