'Why did somebody shoot two baby cows?' Spangle man offers reward for information on dead calves

Paul Whitley Frost said over the weekend someone shot and killed two of his six-month-old calves. 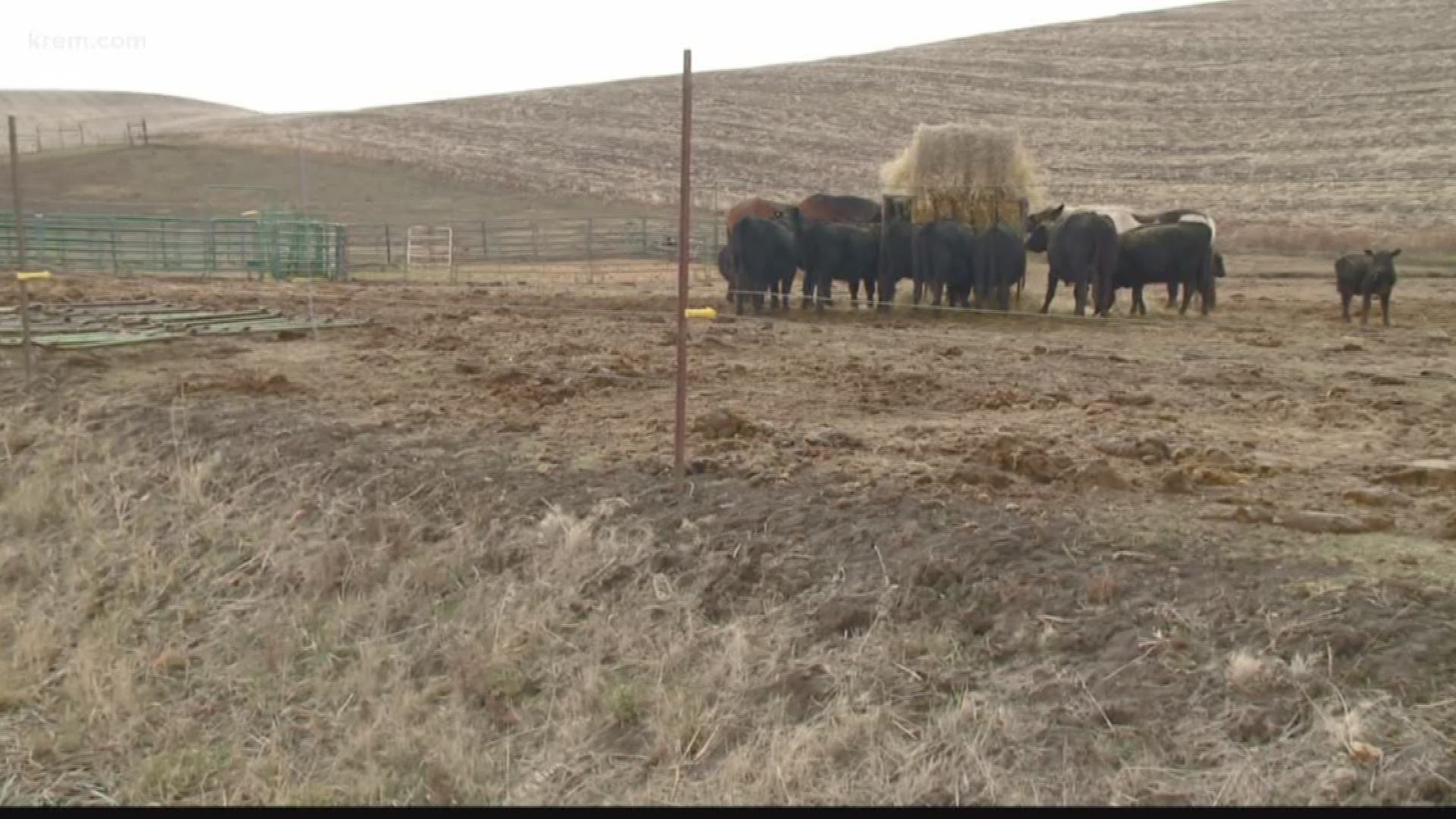 WARNING: This story contains a graphic image of dead calves.

SPANGLE, Wash. -- A Spangle man is offering a reward for any information leading to whoever killed his two calves over the weekend.

Paul Whitley Frost owns land in Spangle and uses it to raise livestock. He said over the weekend someone shot and killed two of his six-month-old calves.

"We think they picked the two smallest ones so that they could probably load them into a pick up. There's some tracks from where they backed up to the bank like they were going to load it up," he said.

Frost thinks their dog, or something else, may have sacred them off. It is the only way he can explain why the calves were left dead on his property. He didn't hear anything that night. Even with surveillance cameras, he said it was too foggy to see anything.

"There's a lot of footprints in the gravel there," he said.

The death of his two calves is not just a loss of livestock. It's a loss of income to support his family as a single dad.

"I'm living on disability. So, I don't make much a month. I've got six kids and it's kind of outside income. It's a lot of money down the drain," he said.

As calves, they may not be worth much, but he said their value increases as they grow. Frost is frustrated about what happened, but even more torn on how to explain this to his children.

"Why did somebody shoot two baby cows is hard to explain to your kids," Frost said.

Law enforcement is investigating the death of the calves. Frost is even offering a cash reward for any information that could lead to an arrest.

"Hopefully get somebody to pay for what they did," he said.

He plans to set up additional surveillance cameras to keep an even closer eye on his livestock.

"And I'll probably start feeding them close to the house there where I can cut the risk down," Frost said.