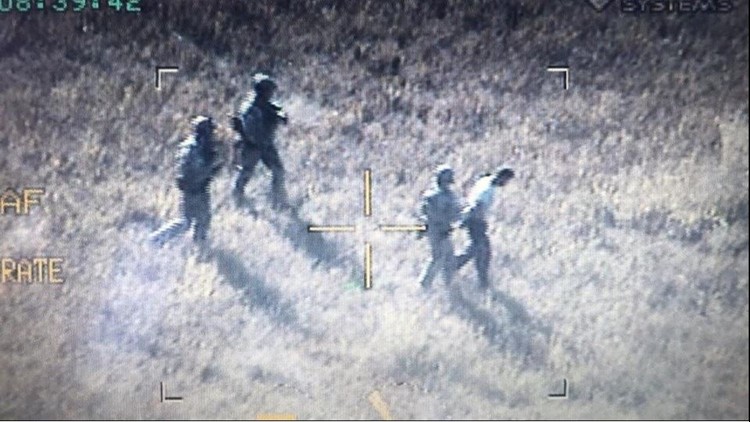 GRANGEVILLE, Idaho — A Middleton man is behind bars after deputies say he led them on a wild chase across Idaho County in a series of stolen vehicles.

The pursuit started just before 10 a.m. Tuesday when Adams County Sheriff's Office alerted Idaho County officials that they were chasing a stolen car headed north toward the Idaho County line.

The driver - later identified as 29-year-old Jackie Shayde Sedillo of Middleton - was in a black Kia Sedona that had been stolen out of Nampa Saturday night or Sunday morning.

Idaho County deputies spotted the car near the Sheep Creek Rest Area on Highway 95 and took off after it. Sedillo continued up the highway, authorities say, prompting Idaho County to put out two sets of spike strips across the highway near milepost 234.

The suspect drove over the spike strips, but kept going until he reached the line of cars that had been stopped due to the pursuit. At that point, according to deputies, he slammed the Kia into the back of a patrol car, and jumped out, holding a gun.

Sedillo set his sights on another vehicle, forcefully yanking an 84-year-old man from behind the wheel of the victim's BMW, according to the sheriff's office. The suspect climbed into the BMW and took off again, driving north, then flipping south on Highway 95.

With deputies in pursuit, the BMW turned off the highway onto Lake Road south of Grangeville, where officials say he drove at over 100 mph on the gravel roads. The sheriff's office again tried to halt the vehicle with spike strips at Tolo Road and Highway 95, but the BMW continued on.

Sedillo made his way into Grangeville, prompting a lockdown of all area schools as a safety precaution. Once in town, deputies say, Sedillo ditched the BMW and stole a Ford F350 boom truck, which he drove north out of Grangeville.

Deputies caught up with the boom truck again up on Day Road, and the chase continued on the backroads of Idaho County.

Eventually, the steep terrain disabled the truck, and Sedillo left it behind, fleeing into the area of Cottonwood Creek Canyon, deputies say.

An Idaho State Police SWAT team also arrived and set up and secured the perimeter overnight.

Sedillo  was arrested without incident in the canyon off of Long Haul Road at about 8:35 a.m. Wednesday morning. Authorities have not specified whether he turned himself in or was captured.

Sedillo, who is on parole for grand theft convictions in Ada and Canyon counties, was arrested on an Ada County warrant. Additional charges are pending.

"Idaho County Sheriff Doug Giddings wishes to state how grateful he is for the extensive help and cooperation from all the surrounding agencies in assisting with this incident," the sheriff's office posted on Facebook.