Hundreds scattered from the site of the first gunshot, some even diving into the lake. 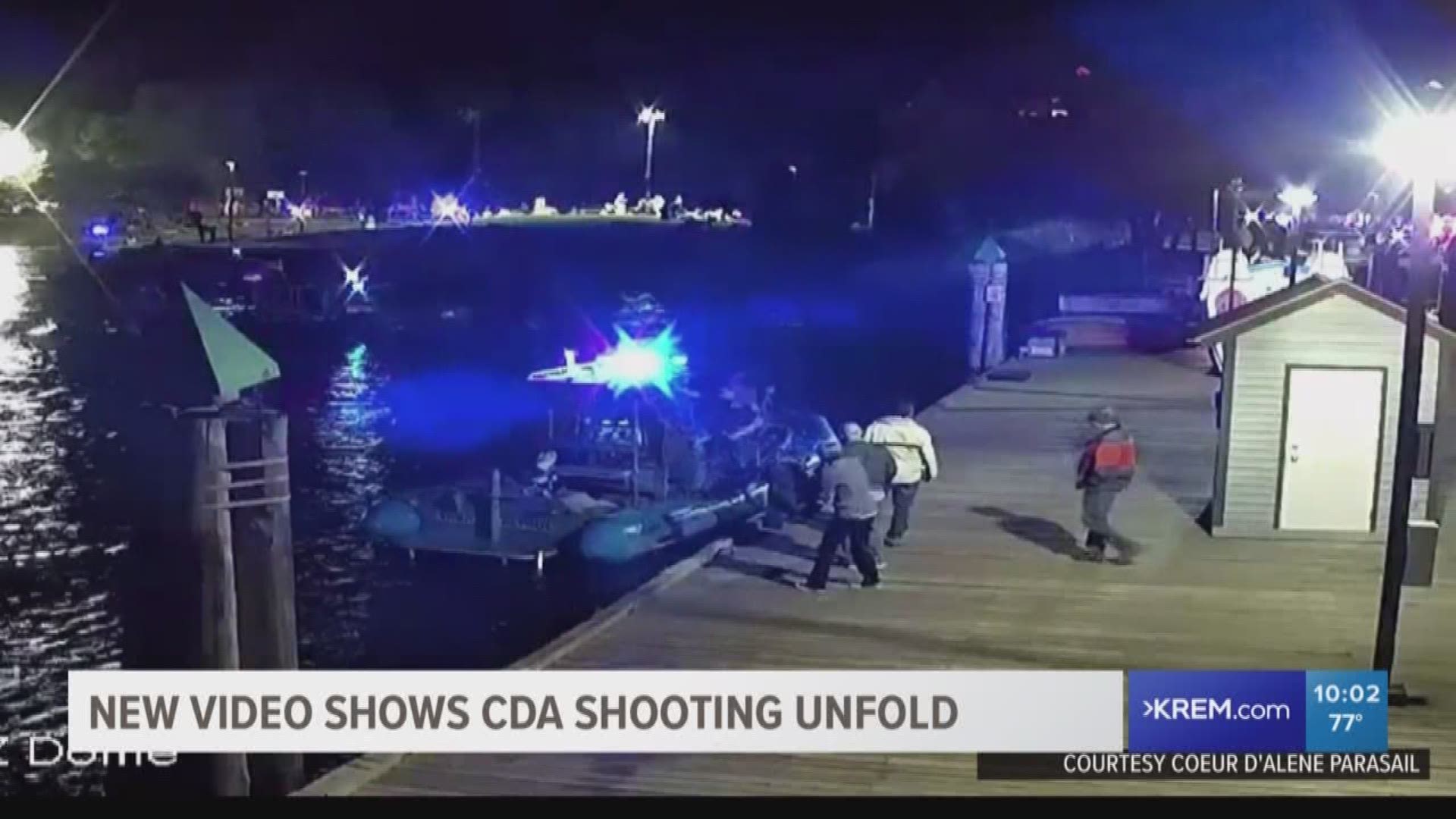 Witness after witness has provided their account of the chaos that ensued when a man fired a gun shortly after the 4th of July celebration at Independence Point in Coeur d'Alene.

But now, we're getting our first actual look at the scene when it all went down.

Coeur d'Alene Parasail has a booth right on the pier, and multiple security cameras. They provided KREM 2 with footage from the night of the shooting.

One video, below, begins with hundreds of people calmly milling about the park. Then suddenly, they scatter, moving quickly away from a cluster of portable toilets where the first shot was fired.

Looking closely at the video, you can even see a few people dive into the lake to get away from the shooter.

The chaos continues for several minutes, some people sprinting down the pier, and the busy park clearing out almost completely.

A second video, seen below, provides a new development.

It shows a man running down the pier before suddenly stopping and then turning around with his hands raised.

Several officer approach him, and we walks slowly to them, before sitting on the pier. After awhile he lays down, and awhile after that three officers appear to handcuff him.

A few minutes later, the officers and the man walk away together.

We do not yet know why this person was detained. We do know from CDA police that it is somehow related to the incident, but the man in the video is certainly not the shooting suspect. The suspect was chased to a different part of the park and eventually shot by police.