Richard Hough claimed that he thought the victim was reaching for a knife, though Spokane police did not find a weapon on her or at the shooting scene. 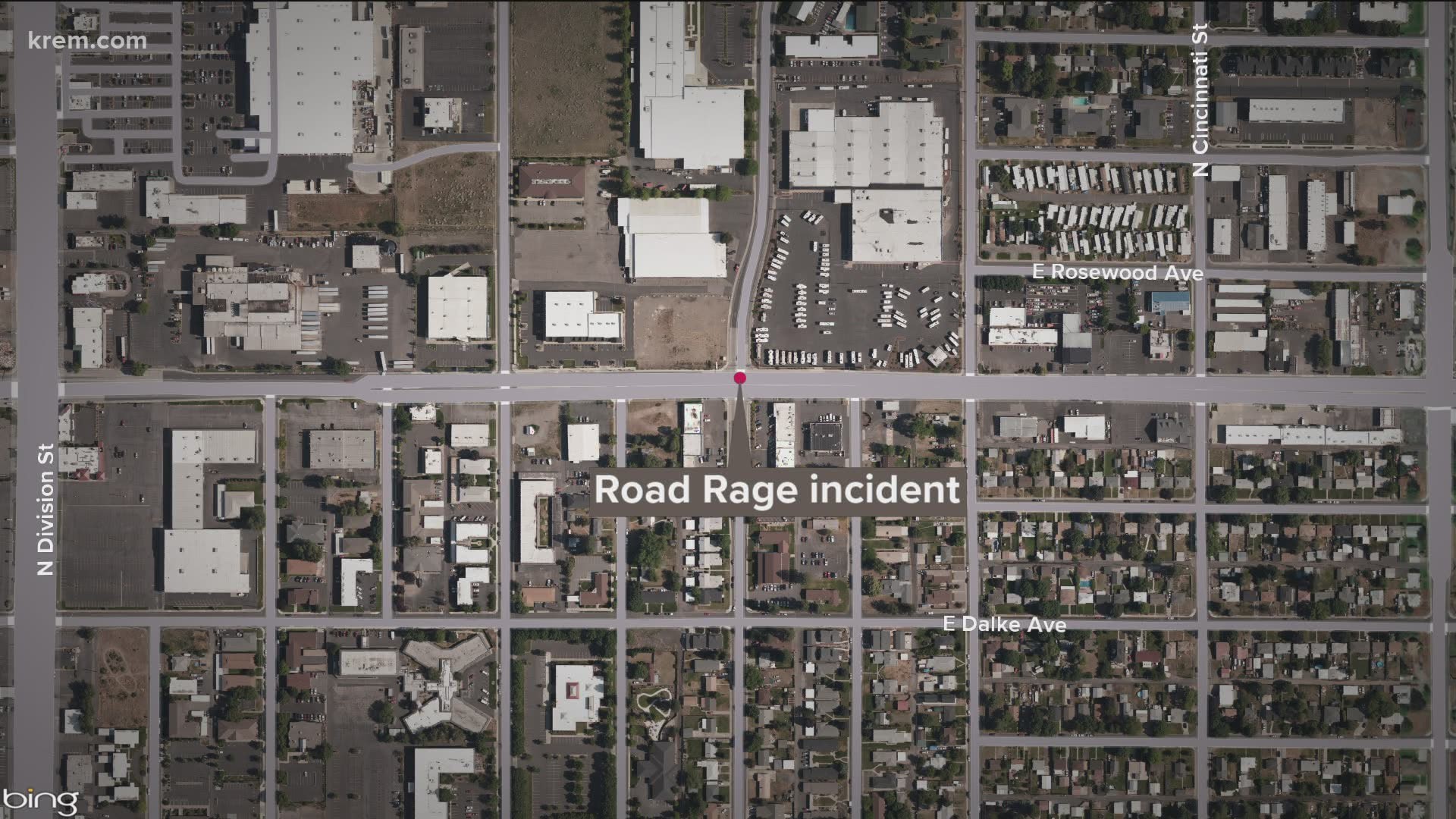 SPOKANE, Wash. — The man suspected of fatally shooting a woman in a North Spokane road rage incident pleaded not guilty to second-degree murder during a court appearance on Monday.

Richard Hough, 28, said in an interview with KREM's Amanda Roley that he shot the woman in self-defense on Saturday. He claimed that he thought the victim was reaching for a knife, though Spokane police did not find a knife on the victim or at the scene. Hough is in the Spokane County Jail with a $750,000 bond.

The victim was identified by the Spokane County Medical Examiner as Erika Kienas, 33. Her cause of death was a gunshot wound to the chest, according to the medical examiner.

Kienas' family spoke with KREM 2 and said she left behind a 9-year-old son.

Officers with the Spokane Police Department (SPD) responded to multiple reports of a woman who was shot shortly before 11 a.m. on Saturday. When officers arrived at the intersection of Francis Avenue and Addison Street, they found a woman lying in the road, SPD spokesperson Julie Humphreys said. Despite life-saving measures, she was pronounced dead at the scene.

Hough and two of his family members remained on scene and were cooperative with police, Humphreys said.

It appears to officers that the suspect and victim got into an altercation while driving, Humphreys said. When both cars came to a stop at Francis and Addison, the shooter and the victim got out of their cars and exchanged words. That's when the woman was fatally shot while standing in the road, according to Humphreys.

Major Crimes detectives determined that the two parties did not know each other and this was a "tragic case of road rage," Humphreys said. Officers are trying to find the driver and the vehicle the woman was riding in on Saturday. According to Humphreys, a man drove away from the scene after she was shot.

The area of Francis and Addison was shut down for several hours during the investigation.