Police arrested George Melvin Harris on Sunday after he turned himself in following the shooting. The prosecutor has not filed charges. 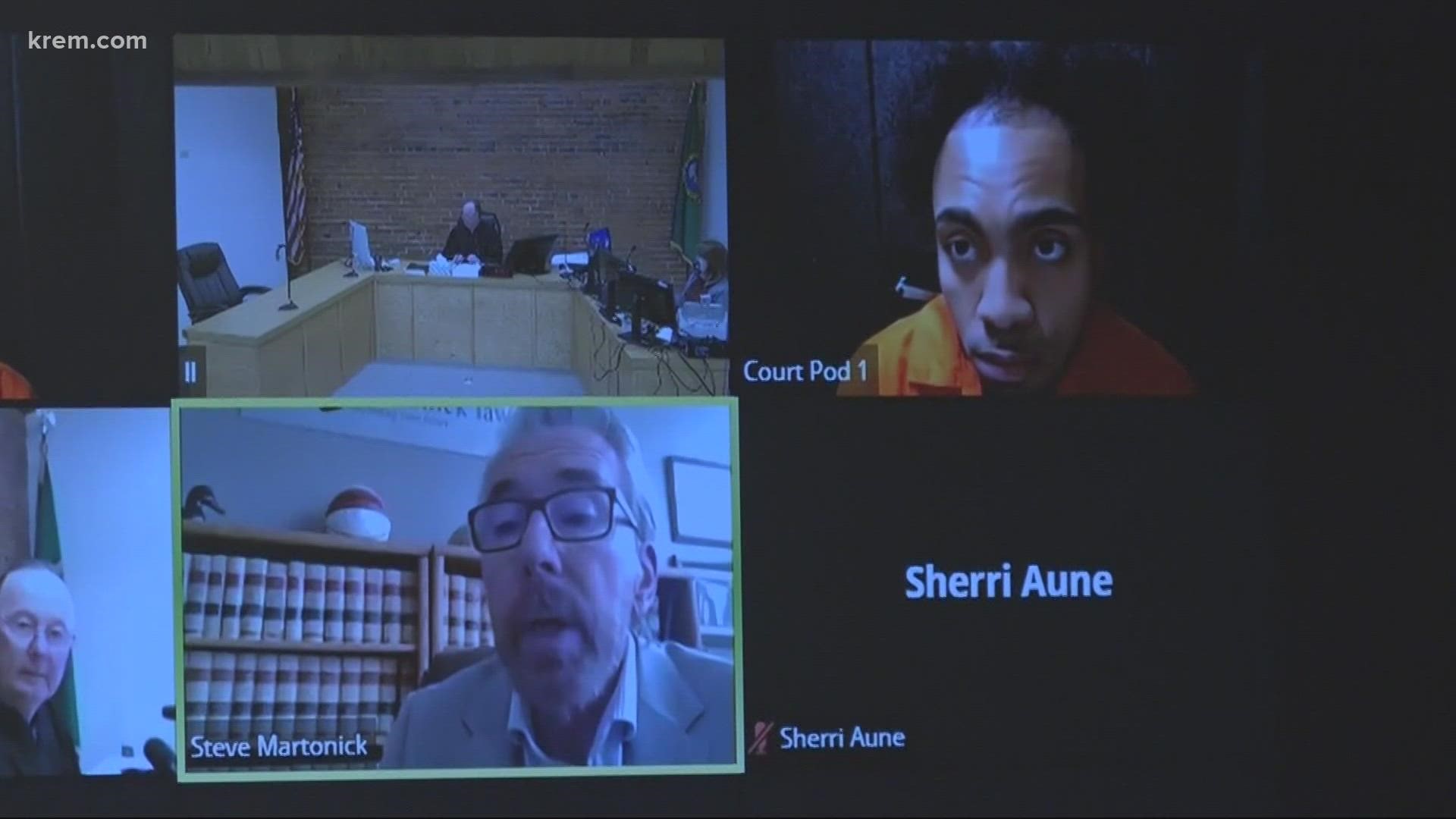 PULLMAN, Wash. — Prosecutors have not filed any formal charges against the man police say was involved in a shooting near Washington State University's College Hill area in Pullman on Saturday.

George Melvin Harris turned himself into the Pullman Police Department on Sunday following a shooting that killed one person and left a Washington State University football player with serious injuries. Police arrested him for second-degree assault.

Whitman County Chief Deputy Prosecutor Dan LeBeau confirmed that Harris was only arrested and not formally charged in this case. After Harris was bailed out on Monday, the prosecutor had 72 hours to file formal charges, which did not happen. Now, authorities would need arrest Harris again in order for charges to be filed.

LeBeau said since this is an ongoing investigation they are not able to disclose why they have not filed charges at this time.

"The people responsible for this tragedy are those who attacked him that night," Tina Harris, George's mother, said. "I'm heartbroken for all of the families involved in this horrific situation."

According to court documents, Harris told an officer on the scene he was jumped and he pulled out his concealed gun and started firing. The victims, Liban A. Barre and Brandon C. Gray were taken to Pullman Regional Hospital following the shooting. Gray, a WSU football player, is in serious but stable condition. Barre died at the hospital, Pullman police said.

Court documents said after Harris turned himself, police contacted his father who said his son had called him and "wasn't making a lot of sense." Harris's father said his son told him he was jumped and that he was "shooting in the dark," documents say.

During his first court appearance on Monday, Harris's mother and his roommate appeared to speak on Harris’ behalf. Tina Harris said the shooting was a tragic incident that stemmed from Harris defending himself. They told the judge he is not a threat but a hard-working student at WSU.

His cash bond was set at $10,000. His mother, Tina Harris, confirmed with KREM 2's Amanda Roley that she posted his bail.

Brandon Gray was moved out of the ICU on Wednesday and is improving, according to WSU head coach Nick Rolovich.

Investigators are asking for anyone who knows about the shooting to call Pullman Police at 509-334-0802.