Testing the fingerprint of a bullet: Portland police have new tool to match guns with shootings

The Gun Violence Reduction Team responds to a shooting almost everyday in Portland. We got an inside look at their efforts to break the cycle of violence. 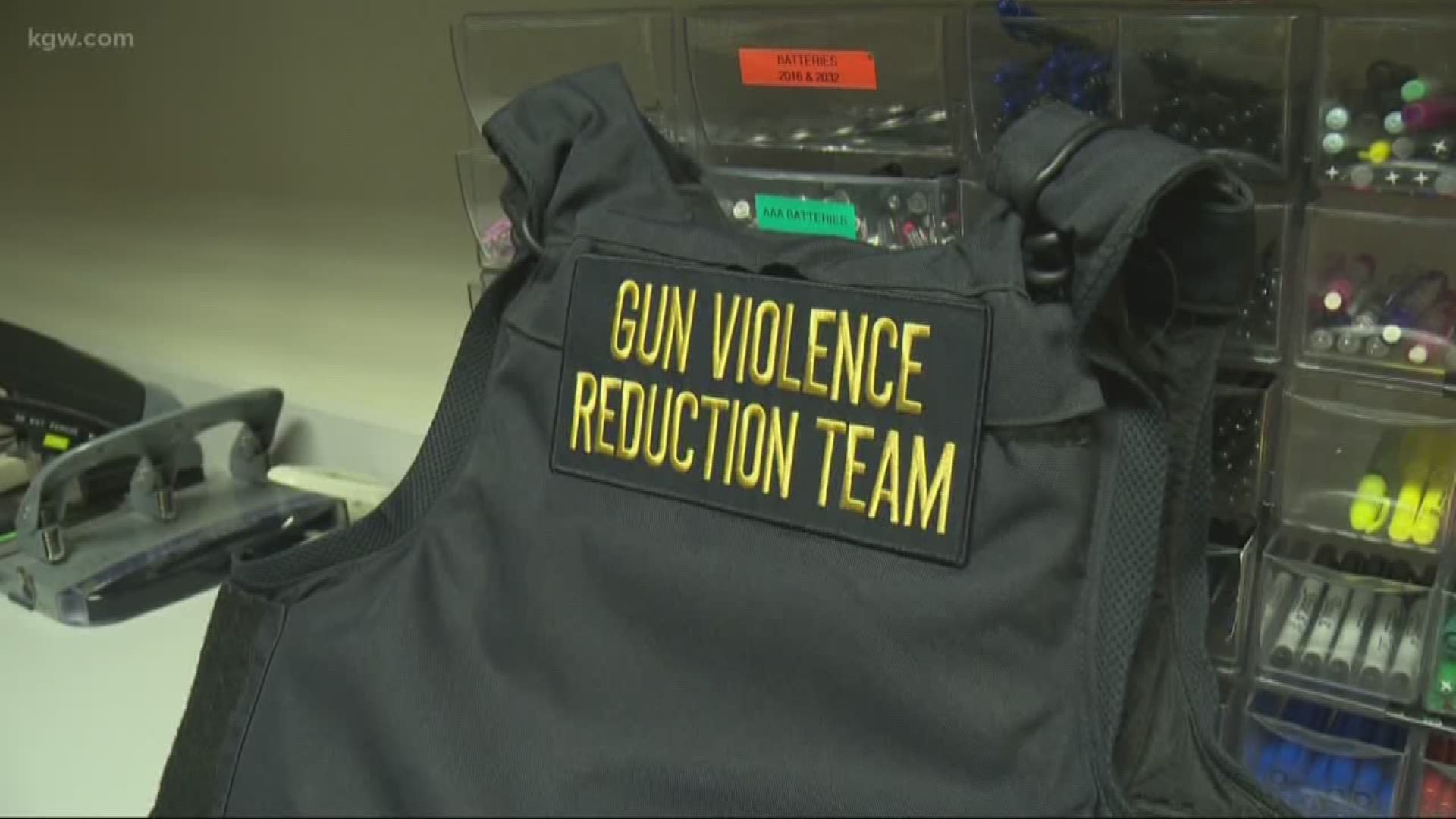 PORTLAND, Ore. — A recent spike in the number of shootings in Portland had KGW asking what the police bureau is doing to reduce gun violence. The City of Portland sees almost a shooting a day, according to police.

Inside the Portland Police Bureau’s North Precinct, the Gun Violence Reduction Team test fires every handgun that is recovered during arrests or at crime scenes. This year, the team got a new Ballistic Identification System in the precinct, allowing them to get quicker results testing weapons.

“The state crime lab has been doing it for us for a while, but it wasn't every single gun and the turnaround time wasn't as quick,” explained Portland Police Bureau Sergeant Kenneth Duilio.

Casings from test fires are then examined under a microscope before they are put into the new machine.

“I’m looking for specific marks on the shell casings, extractor marks, ejector marks, the actual strike into the fire pin, so I’m looking for that,” explained Portland Police Officer Jason Hubert as he examined the casings.

Hubert said the markings on each casing are unique to the gun, which allows them to submit it into a national database to see if the casings match multiple shootings.

“Each one of these indention's here is a fingerprint, it's totally different than any other. I guess, since I just fired a Glock, you could take another Glock off the line and no other Glock will have this same imprint of the firing pin right there,” Hubert explained.

Within hours, the team will know if they have a match to any other shooting. If that is the case, the team can piece together information from each one to hopefully find the person or persons responsible.

"Our uniform team for the last two weeks probably averaged one firearm recovery a day, which is pretty good, pretty high," Duilio explained.

Sgt. Duilio has been part of the unit for almost ten years. The unit changed names about a year ago. Previously known as the gang unit, they are now called the Gun Violence Reduction Team.

Instead of solely focusing on gang shootings, the team now responds to all shootings in Portland. Duilio said the team is on pace to respond to roughly 400 shootings by the end of the year. Between January and the first two weeks of September 2019, 76 people were shot. In 16 of those shootings someone died.

"You know, taking approximately 400 shootings is a lot," Duilio said. "It's almost overwhelming for a unit, but we're also facing a critical staffing crisis where August of 2020 we're looking at a bunch of retirements and potentially might have to reduce the number of officers in specialty units like ourselves."

In 2015, Portland Police as a whole recovered 747 firearms. By 2018, that number jumped to 1,034 firearms recovered. This year, the team said they are on pace to recover about the same amount of guns or more.

The team has faced criticism for claims of racial profiling. The loudest critic, Portland City Commissioner Jo Anne Hardesty who earlier this year called for the unit to be disbanded.

"The auditor's report shows that 59% of stops, and this has been consistent since we've been collecting data, are of African Americans in a city with 6% African American population," Hardesty said in front of the Portland City Council in May. "This is totally inexcusable and it must be addressed."

"You know there are questions and rightfully so there should be questions around disparities and the number of a certain race, you know, contacted related to gun violence versus the percentage of the population in that city, but again we're responsive to the shootings and we're not deciding which ones to go to based on race," Duilio explained.

"The measurement based off the percentage of that race, that population in the city of Portland, is not a good metric to go by, right, what we have to go by is protecting the community, being responsive to criminal activity and that's it," Duilio said. "It's really that simple and the numbers kind of fall where they may."

"100% no," Duilio replied. "And that's actually, for the people in this unit, it's highly offensive, like my officers, my detectives, other supervisors, they would risk their life in this work, right, for any race, anybody, and risk your life means they don't go home to their wives, their spouses, their kids, and that's why it hits people at the heart. It's very offensive to say, hey, you're out targeting people, you're doing this and that, when it's actually the opposite. We want to reduce gun violence and if there is a minority community affected by gun violence more than the other, we're actually going out there trying to get in the middle of it and protect that community."

The team said there is no one answer for reducing gun violence. They work with community agencies, probation parole officers, shooting victims, and even the suspects involved in the shootings to try to break the cycle of violence.

KGW reached out to Commissioner Hardesty to interview her for this story multiple times, but she was never made available.