A teacher at Emerald Ridge High School was charged with felony harassment for threats made against students. 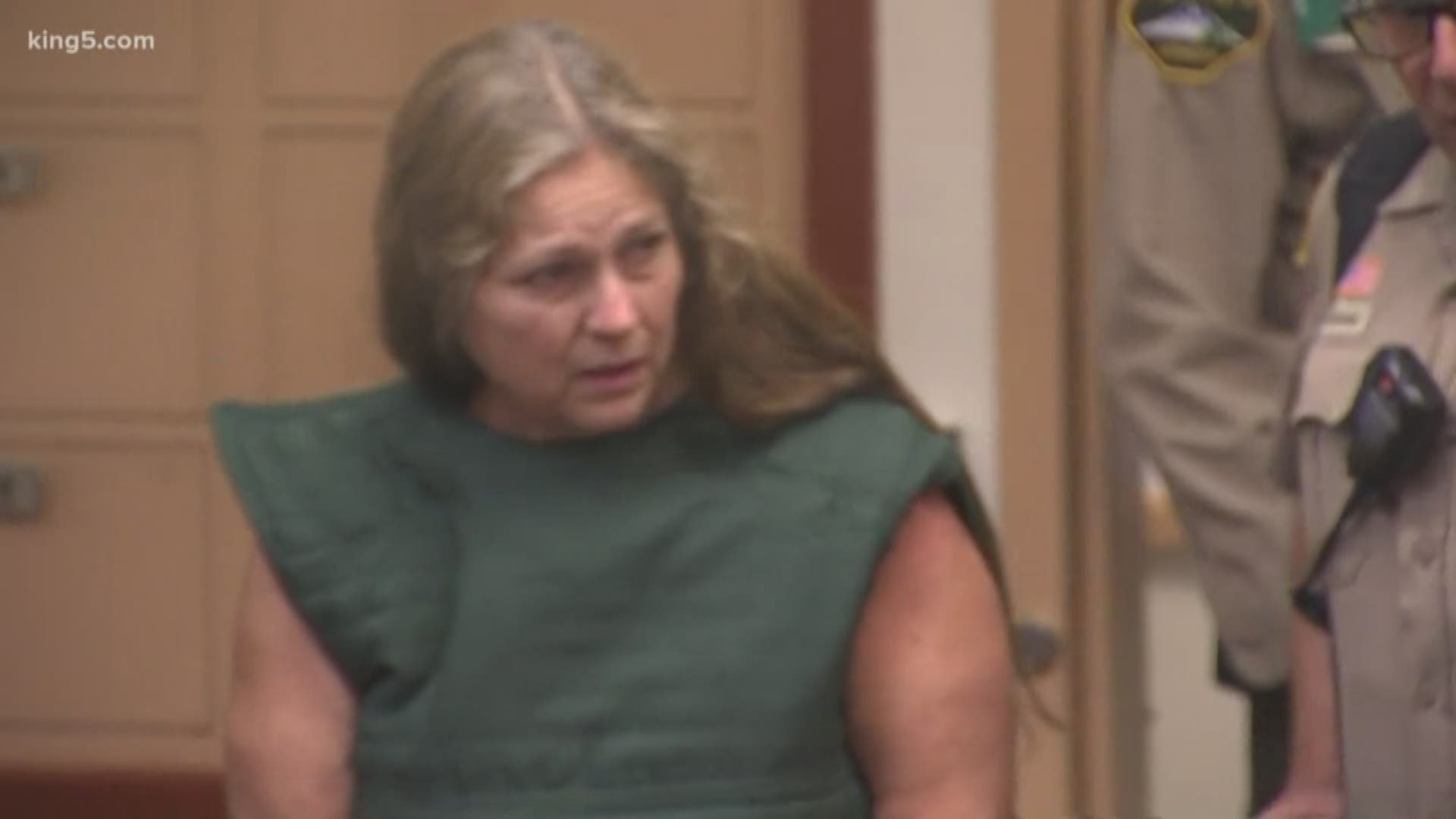 A 58-year-old geometry teacher pleaded not guilty Thursday after being charged with felony harassment for allegedly threatening to kill students at Puyallup's Emerald Ridge High School.

Julie Hillend-Jones was arrested Wednesday morning for the threats.

The Pierce County Sheriff’s Department said the teacher made a verbal threat to shoot students while she was on the phone with a caseworker on November 12.

The caseworker then called 911.

Hillend-Jones was placed on administrative leave when the school learned of the threats.

Pierce County Sheriff’s Detective Ed Troyer said they were notified about the threat around 6 p.m. on November 12.

The next morning, several deputies arrived at Hillend-Jones' home. No one answered the door the first time they tried to make contact.

Deputies returned just before 9 a.m. and Hillend-Jones' husband answered the door. When asked if he knew why they were they, he responded, "My wife is not right, right now," according to charging documents.

Hillend-Jones told deputies that after hearing her claim might not be covered and she would have to pay about $8,000, she would "just go to the school and shoot the kids," according to charging documents.

When a deputy told Hillend-Jones she would be arrested, she allegedly said it was "Bulls---" and then threatened to "kill herself" and "end it all anyway," officials said.

She also told deputies she already had a written statement but she refused to provide it during her arrest, according to charging documents.

Police said no weapons were recovered.

“Everybody knows you don’t talk about guns or make any threats in school,” Troyer said. “If the student does it, they’re going to jail. Now we have a teacher doing it. They’re also going to jail, so she’s going to be booked in jail as we look into this a little bit further.”

Hillend-Jones was booked into Pierce County Jail but was released Thursday afternoon after posting her $50,000 bail. A judge also ordered Hillend-Jones to stay at least 500 feet away from the school and she cannot contact students or staff.

“The Pierce County Sheriff’s Department is conducting an investigation of an Emerald Ridge High School staff member who made threats against students during a conversation off campus on Tuesday. The normal protocol for threats was followed including immediate notification of law enforcement. The staff member was not at school today. Making threats against the safety of students and staff is a felony crime and taken very seriously by Puyallup School District.”

Many students were still processing the news on Thursday.

"Everyone is just, like, shocked right now," said Nick Addison, a senior at Emerald Ridge High School. "As a teacher, it's her responsibility to teach students, not threaten people."