A police spokesperson told KGW that the woman was holding the phone in a "selfie-like pose" when the gun was fired. 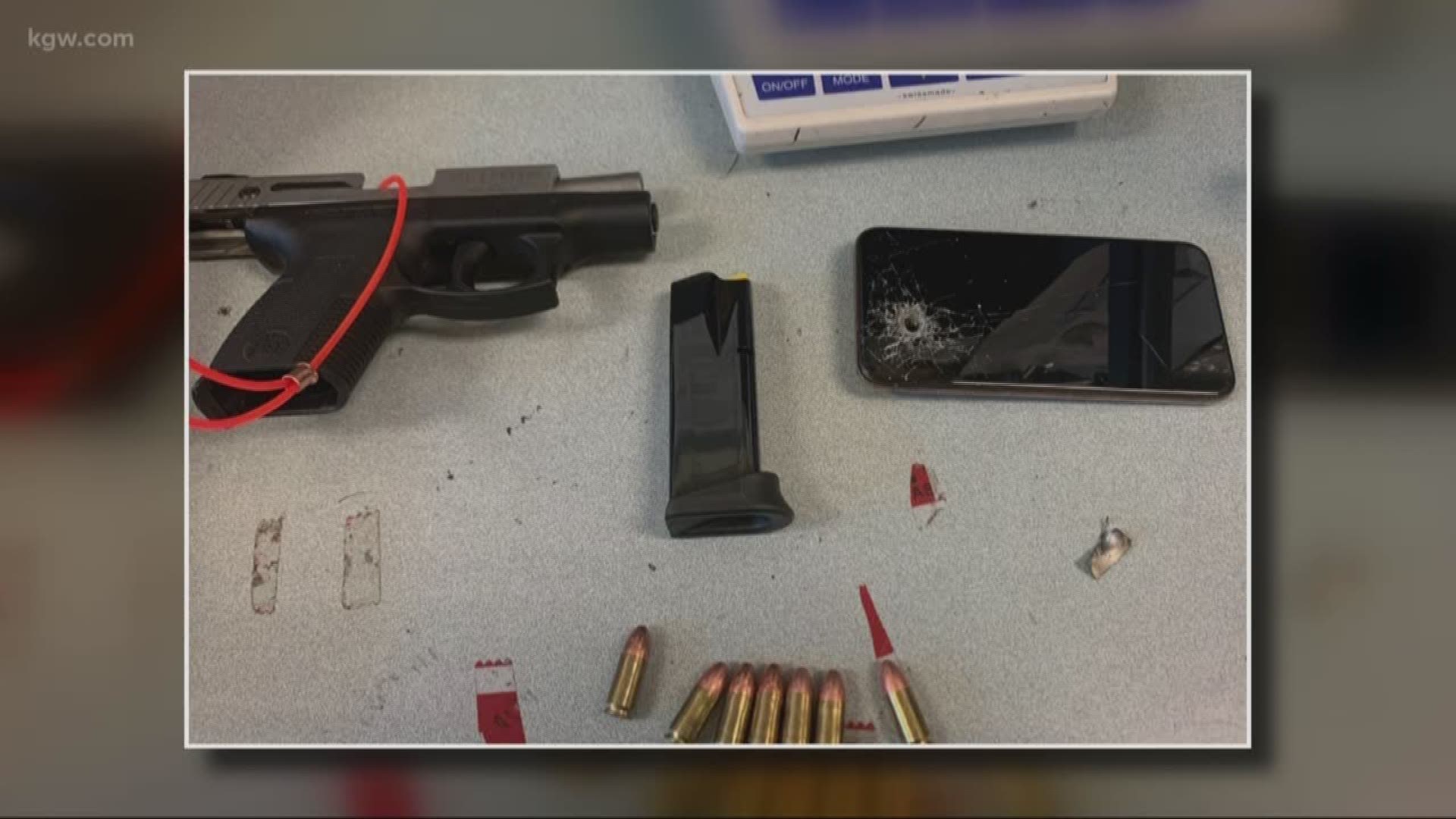 BETHANY, Ore. — A woman fired a gun during a New Year's celebration inside a condo in North Bethany, and the bullet went through her cell phone and her neighbor's wall, according to the Washington County Sheriff's Office.

Police arrested 35-year-old Rosemarie Ancharski. She's being held on $1,000 bail and faces charges of unlawful use of a weapon and recklessly endangering.

A police spokesperson told KGW that Ancharski was holding the phone in a "selfie-like pose" when the gun was fired.

The neighbor whose wall the bullet hit didn't want to be identified, but he told KGW that the bullet came through his bedroom wall. He was in the kitchen but said the bullet was high enough that if even he'd been in his bedroom and standing, the bullet would have gone over his head.

RELATED: Testing the fingerprint of a bullet: Portland police have new tool to match guns with shootings