According to deputies, a passenger in a car got out and challenged another driver to a fight. After punching the man in the face, officials said the driver shot him. 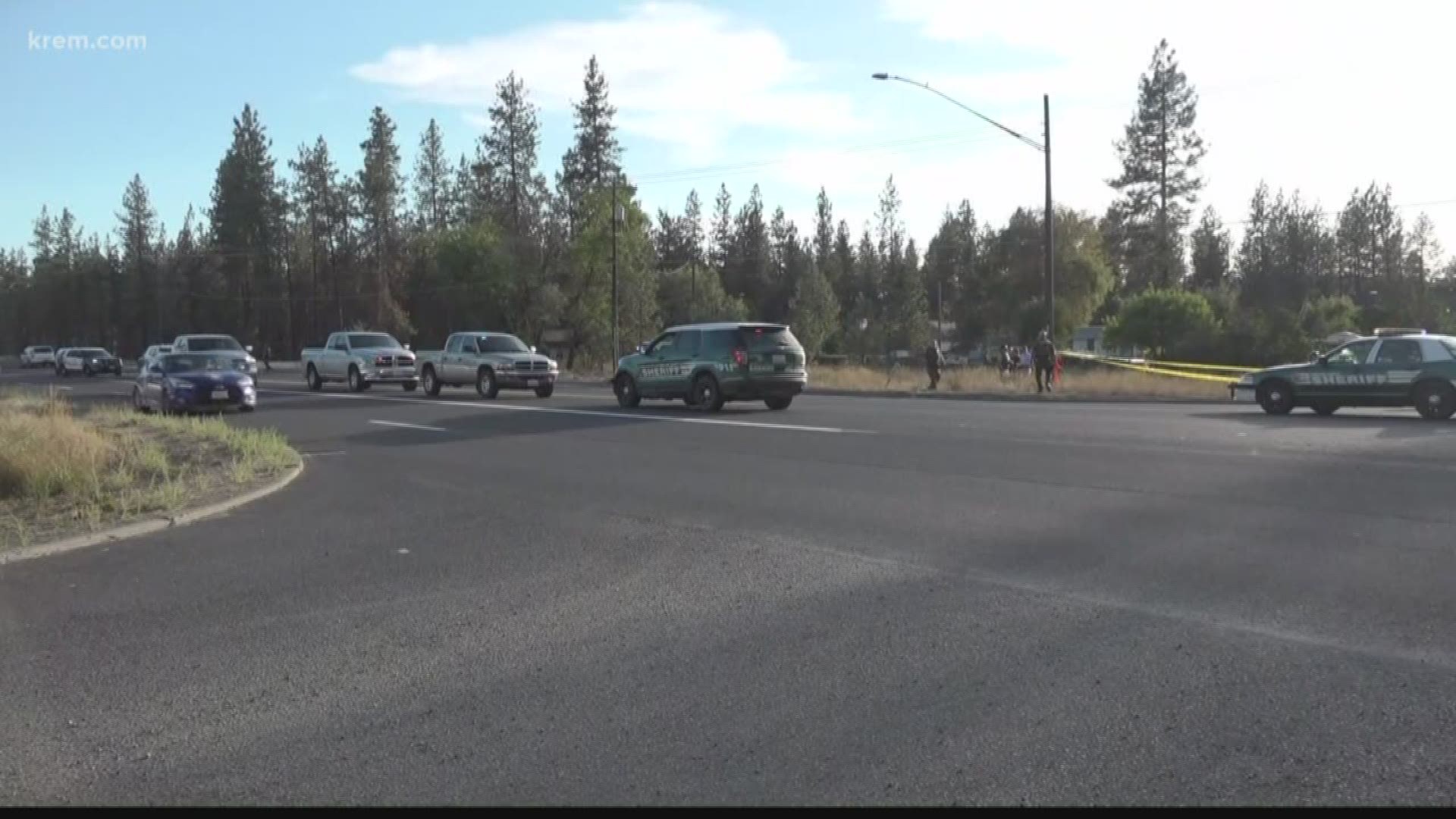 SPOKANE COUNTY, Wash — A road rage incident in the Seven Mile area in northwest Spokane County that escalated to a shooting appears to be a case of self defense, according to the Spokane County Sheriff’s Office.

The shooting took place near the intersection of North Nine Mile Road and North Seven Mile Road around 5 p.m.

According to Spokane County Sheriff Corporal Mark Gregory, deputies arrived on scene to find a man with a gunshot wound to the chest had been transported to the hospital. Gregory said the second man involved in the shooting left the scene before deputies arrived.

Minutes later, Gregory said the man called in his location, a short distance away, and said that he just shot a man who started punching him following a road rage incident. Deputies responded to his location and detained him.

Investigator learned that man who was shot was a passenger of a gray Toyota sedan. Gregory said at the intersection of Seven Mile Road and Nine Mile Road, the man got out of the car and approached a blue Subaru and started yelling at the driver. The incident escalated and the man started assaulting the driver of the Subaru, Gregory said.

The man then grabbed his chest, backed away from the Subaru and stumbled back to the Toyota before falling to the ground, Gregory said.

According to investigators, two women jumped out to help the man who had been shot. The Subaru pulled forward and left the scene. The man who was shot was transported to the hospital with possible life-threatening injuries.

The driver of the Subaru was then interviewed by deputies. He told deputies before the shooting, the man started flipping him off when two cars arrived at the stop sign. He said he became more irate, leaning his body out of the window, yelling profanities, spitting toward his car and telling him to get out of the car and fight him.

According to the driver of the Subaru, the man got out of the Toyota and walked toward his car. He said he got out his handgun and loaded it in sight of the man who was walking toward his car.

Gregory said the man continued to yell as he approach, even yelling for the driver of the Subaru to shoot him as he taunted the driver and challenged him to fight.

The driver told him to stay back, or he would be shot, but he continued to walk toward him.

The man reached in the window and punched the driver in the face several times. The driver told investigators he believed the man was trying to take his firearm and eventually fired the weapon.

The driver said he panicked, tossed the pistol onto the passenger seat and left the scene. Once he got to a safe location, he said he called 911.

Investigator determined the driver acted in self-defense after talking to witnesses and gathering evidence. The man was not arrested and was release.

Gregory said the man who was shot and appeared to be the aggressor and remains hospitalized and is listed in serious but stable condition.

Gregory said the investigation is ongoing. No names are being released because no criminal charges have been filed.

Anyone who may have witnessed the incident and has not already been contacted by law enforcement is asked to call Detective Mike Drapeau at 509-477-6921.