The suspect is still not in police custody as of Friday morning. 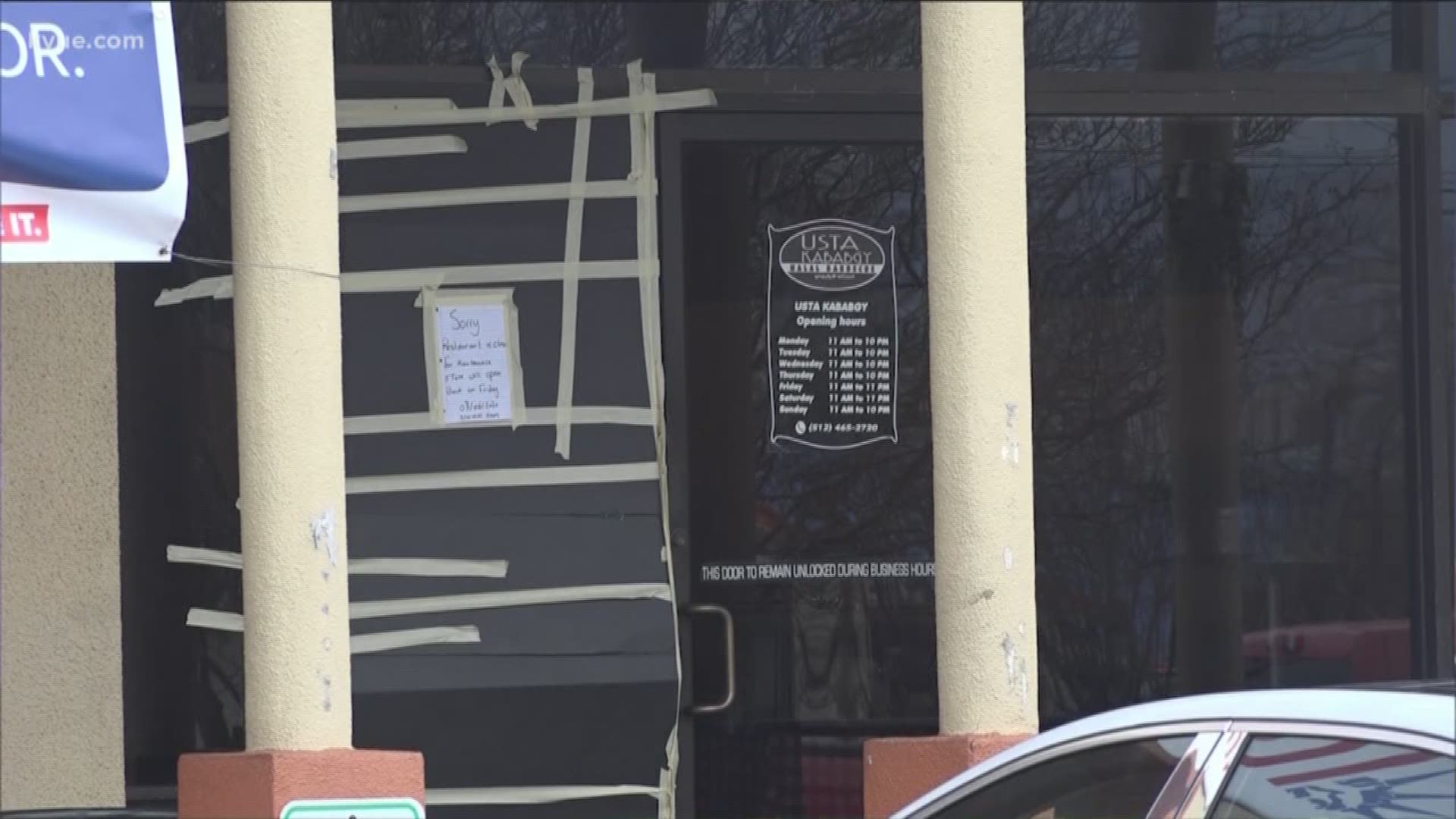 AUSTIN, Texas — A man has been charged after he allegedly shot another man from outside an Austin restaurant on Super Tuesday. According to an affidavit, the victim was one of the restaurant's employees who was visiting to eat and see his coworkers.

The shooting took place at 9717 N. Lamar Blvd., which is a shopping center, just before 10 p.m. Tuesday night.

According to an Austin police report obtained by KVUE, an officer responded to a call about a shooting after a witness reported a restaurant manager "ran off a homeless person" who was urinating outside at the back of the restaurant.

About 15 to 20 minutes later, the man reportedly returned and restaurant employees told him to leave and closed the door. That's when police said the man "suddenly and without saying anything," fired one shot through the front door, striking the victim. The victim was shot in the inner thigh and the bullet hit "a main artery," according to the report.

Eddie Eleazar Rincon, 30, has been charged with aggravated assault in connection to this shooting, and police said he has not been arrested as of Friday morning.

According to the affidavit, witnesses described Rincon as a Hispanic man who is "heavy built" and 5 feet, 7 inches tall. He was reportedly last seen wearing a blue checkered shirt and khaki pants.

On Wednesday, police told KVUE that reports were received that Rincon is homeless, but since he was not located Tuesday night, that could not be confirmed.

Police sources said an officer who arrived on the scene used a tourniquet on the victim's leg.

Upon further investigation, police spoke with one of the neighboring business employees, who said that night Rincon was confrontational with her and her husband, according to the affidavit. The woman added that Rincon hangs out around the business complex often, and one day asked her for a job.

Based on other information the woman provided and surveillance video, police were able to identify the shooter as Rincon.

One officer added that Rincon was recently involved in a separate incident where he reportedly threatened a person with a knife, the affidavit said.

“They said that they heard shots over here on the side of the building. In the morning, we heard from the detective that something had happened over there, they wanted to see footage," Makonjia said.

Now he just hopes the person shot is OK.

“We’re just trying to make sure we help out whenever we can. When stuff like this goes on, you have to worry about your businesses and we want to make sure that we’re there for everybody around here," Makonjia said.

Rincon has not been arrested as of Friday morning. His bond is set at $60,000.

At least one person being tested for coronavirus in Travis County, Austin health official says

List: Companies pulling out of SXSW 2020 amid coronavirus concerns

Parents, grandmother arrested after 6-year-old kept in closet for a month dies in Flagstaff