Witnesses told Spokane police they heard a gunshot prior to seeing the assault on Sunday morning.

SPOKANE, Wash. — A man was arrested for drive-by shooting after an incident in Spokane on Sunday morning. Now, police are looking for a potential victim who may have been assaulted with a gun held to her head.

A caller told police at about 11 a.m. on Sunday that a man was holding a gun to a woman’s head and assaulting her in the area of 2300 E. 1st Ave. Witnesses reported hearing a gunshot prior to seeing the assault, police said.

When officers arrived, the suspect and woman were gone but an officer found a car fitting a description of the suspect’s vehicle at a gas station at 2nd Avenue and Thor Street.

Police said the officer found a man fitting the suspect’s description near the car. He was detained and identified as 31-year-old Ryan Whyte.

A spent 5.56 mm/.223 shell casing was visible between the trunk and rear window of the suspect’s car, police said.

Officers looked in the car and trunk due to fear for the possible victim’s safety. They did not find the woman but saw the barrel of a rifle under a coat.

Police said officers at the scene of the original call who were interviewing witnesses found what they identified as a bullet strike on the ground.

Whyte was arrested for drive-by shooting and booked into jail.

Spokane police received information that Whyte was being investigated by Homeland Security related to the mailing of Fentanyl. Agents from the Department of Homeland security are working on that investigation.

RELATED: Police testing gun that may have been used in shooting of two EWU players, docs say 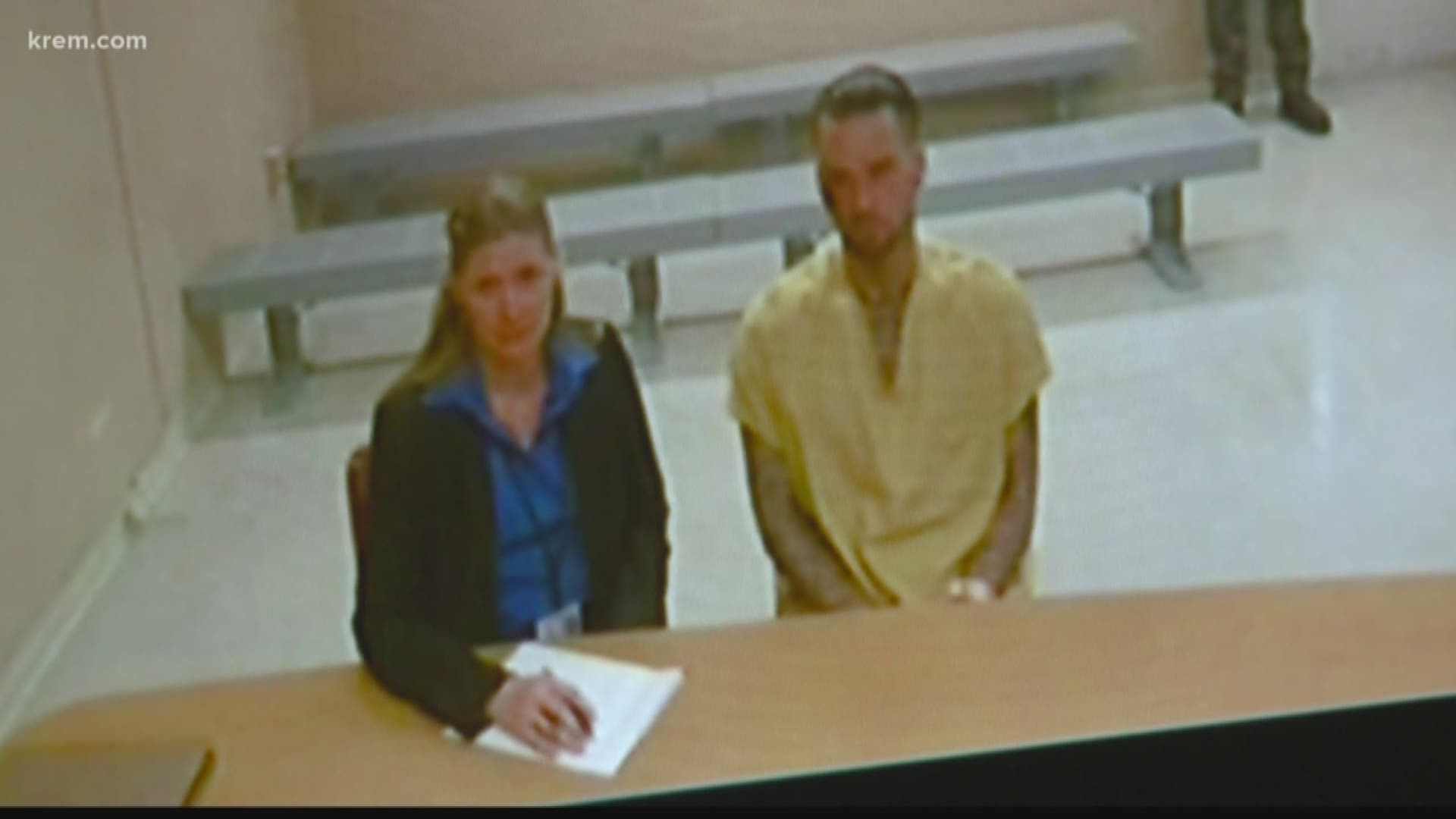