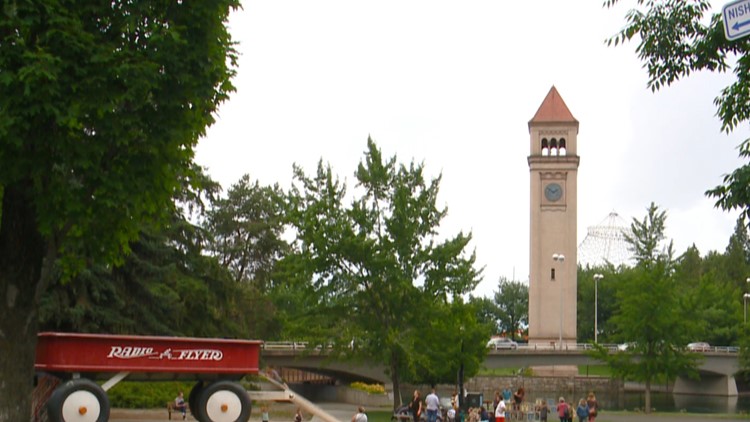 According to Spokane Police Sgt. Terry Preuninger, officers responded to reports of shots fired near North Howard Street in Riverfront Park at about 12:30 a.m. on Thursday.

Two men recovering from a minor crash on a Lime Scooter were approached by the suspect, Detrick Johnson, according to police. The two victims, who were uninjured, told police that Johnson was swaying and making nonsensical statements, according to Preuninger.

Johnson then allegedly drew a revolver from his coat and fired a round into the air, according to police. After the two victims hid behind a garbage can, Johnson allegedly fired a shot toward them before fleeing the scene, according to Preuninger.

Another man approached Johnson and the officer and explained he was working as a Lime Scooter "juicer," or someone who recharges the scooters, when he heard the gunshots and saw Johnson run by, according to Preuninger. The victims than ran up to the "juicer" and explained what had happened, leading the "juicer" to call police, Preuninger said.

Johnson was arrested on two counts of first-degree assault and the revolver was found north of the Washington Street Tunnel, Preuninger said.

RELATED: Suspect at large after armed robbery at Umpqua Bank on Division