“We worked around the clock, I think I worked probably 17 hours a day, seven days a week," retired detective Brad Maskell said. 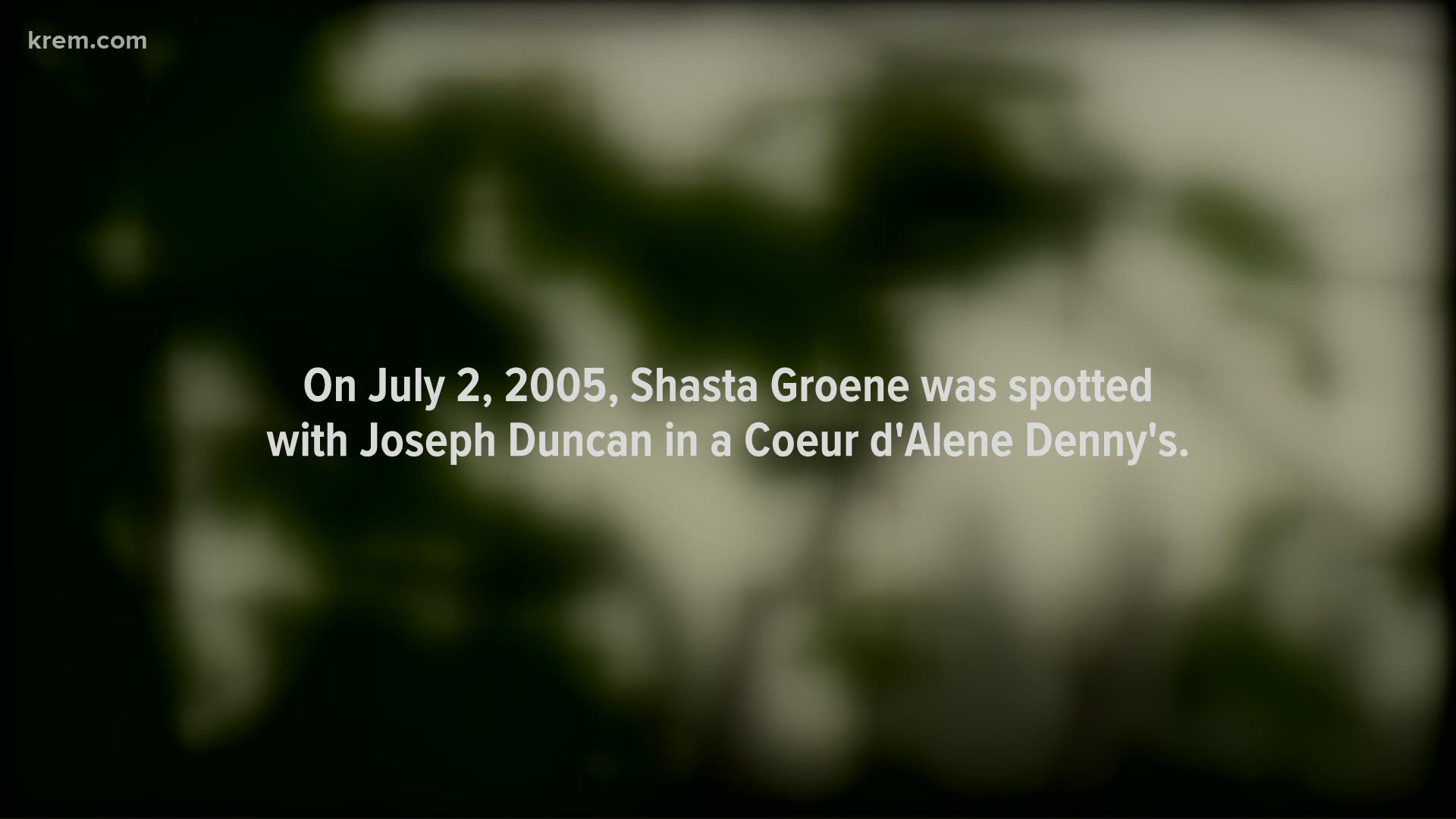 COEUR D'ALENE, Idaho — It was May 16, 2005 and it was Kootenai County Sheriff’s Detective Brad Maskell’s birthday. He had taken a much-needed day off following the completion of a large case he’d been working on.

“A lot of the people knew I had taken that day off. I was home, actually just relaxing at home, my phone rang around, I don't know, 6:30,” Maskell said.

He thought the on-duty patrol commander was playing a trick on him, but he soon realized it was no joke.

“He explained to me that there was a triple murder, in fact, in the Wolf Lodge area, which again, I thought he was joking about, because that's not a very frequent occurrence around here,” he said. “But he ultimately got pretty serious with me and said, ‘We need you.’”

Maskell said a neighbor had gone over to the Groene’s house to a pay a young boy who lived there for mowing their grass but no one answered.

“There was a large amount of blood in the front yard and on the door and on the walkway and then he called 911,” he said. “They ultimately were able to get into the house through the backdoor and discovered this three deceased people inside the house.”

Brenda Groene, her fiance Mark McKenzie and Brenda's 13-year-old son Slade Groene were all brutally beaten to death. Maskell said they were bound in duct tape and the house was virtually covered in blood.

“As I got there, and heard the story, and you know, the weight to the situation was weighing on me fairly heavily because I was realizing at that time that I very likely had a whodunit type, very violent murder,” he explained. “And the weight to that was going to put a lot of pressure on me. You know, I needed to make sure that I was going to do the best job that I could.”

Throughout the investigation and numerous interviews, they would learn 8-year-old Shasta Groene and her 9-year-old brother Dylan were missing. An AMBER Alert was issued and multiple law enforcement agencies joined the search.

“It was seven weeks of hell,” Maskell said. “We worked around the clock, I think I worked probably 17 hours a day, seven days a week. And basically the only sleep I was getting was when I was laying on the floor in the office for a couple hours a night.”

Seven weeks went by. Maskell and a team of investigators had been working numerous leads. Then it happened. On July 2, 2005, a waitress at the Denny’s in Coeur d’Alene called police when Shasta told her who she was and their suspect, Joseph Duncan was arrested.

“At least up until that point in the investigation, we had no information about Joseph Duncan until he turned up,” Maskell said.

When it came time to interview Duncan, Maskell said he requested an attorney so the interview ended.

“Later, I was given an opportunity to sit down with him and where he provided to me a complete explanation as to all of the actions that he did and everything that he did in the commission of the crimes in Wolf Lodge at the house at the Groene house,’ he said.

Maskell describe Duncan as quiet, articulate and intelligent, but his emotions were misplaced.

“He answered my questions intelligently, accurately. He, in his description of the events and the murders, his emotional condition, you know, was, in my opinion, somewhat odd, because he attached emotion to things that a normal person would not have,” Maskell explained. “In other words, he would speak about committing the murders and no emotion whatsoever, but then would go on to other subjects and then suddenly become teary eyed and emotional.”

RELATED: 'I woke up feeling like my soul was finally free': Shasta Groene reacts to death of serial killer Joseph Duncan

He said when he met Duncan he was quiet and seemed tired. Once he saw videos of what Duncan had done, he knew he was a truly evil man.

“When I was sitting across the table from him, I sometimes felt as though I was literally talking to the devil,” he said. “I mean he was very…he simply had no emotion of remorse whatsoever.”

Duncan ultimately pleaded guilty to the murders of Mark, Brenda and Slade. He was then tried in federal court in Boise for the kidnappings and murder of Dylan, who was found dead at a campsite in Montana. Maskell testified during that trial where Duncan represent himself in court.

He said the case will live inside him forever.

RELATED: Joseph Duncan, who is on death row, has terminal brain cancer

Then, on Sunday, March 28, Maskell got the news of Duncan’s death. He didn’t die by execution like a jury sentenced him to in 2008, but from a brain tumor.

“I was actually kind of surprised that it killed him so fast but I take a certain amount of solace in knowing that he's gone,” he said. “I think it puts a level of closure on the case as best as you can for such a violent event that affected so many people but you know there is a certain level of closure knowing that you know he is not on the earth and he's finally getting the judgment he deserves.”

Maskell was 20 years into his career in law enforcement when the murders happened. He said had he not solved the case back then, he’d still be working on it today.

“I told my boss that I'm either going to retire or die or you're going to have to fire me because I am not going to stop working on this case,” he said.

Maskell retired in 2018 but still works at the sheriff’s office a few days a week just to help out.