Local law enforcement are worried that the opioid epidemic will continue to get worse if it's not addressed by the community in Kootenai County. 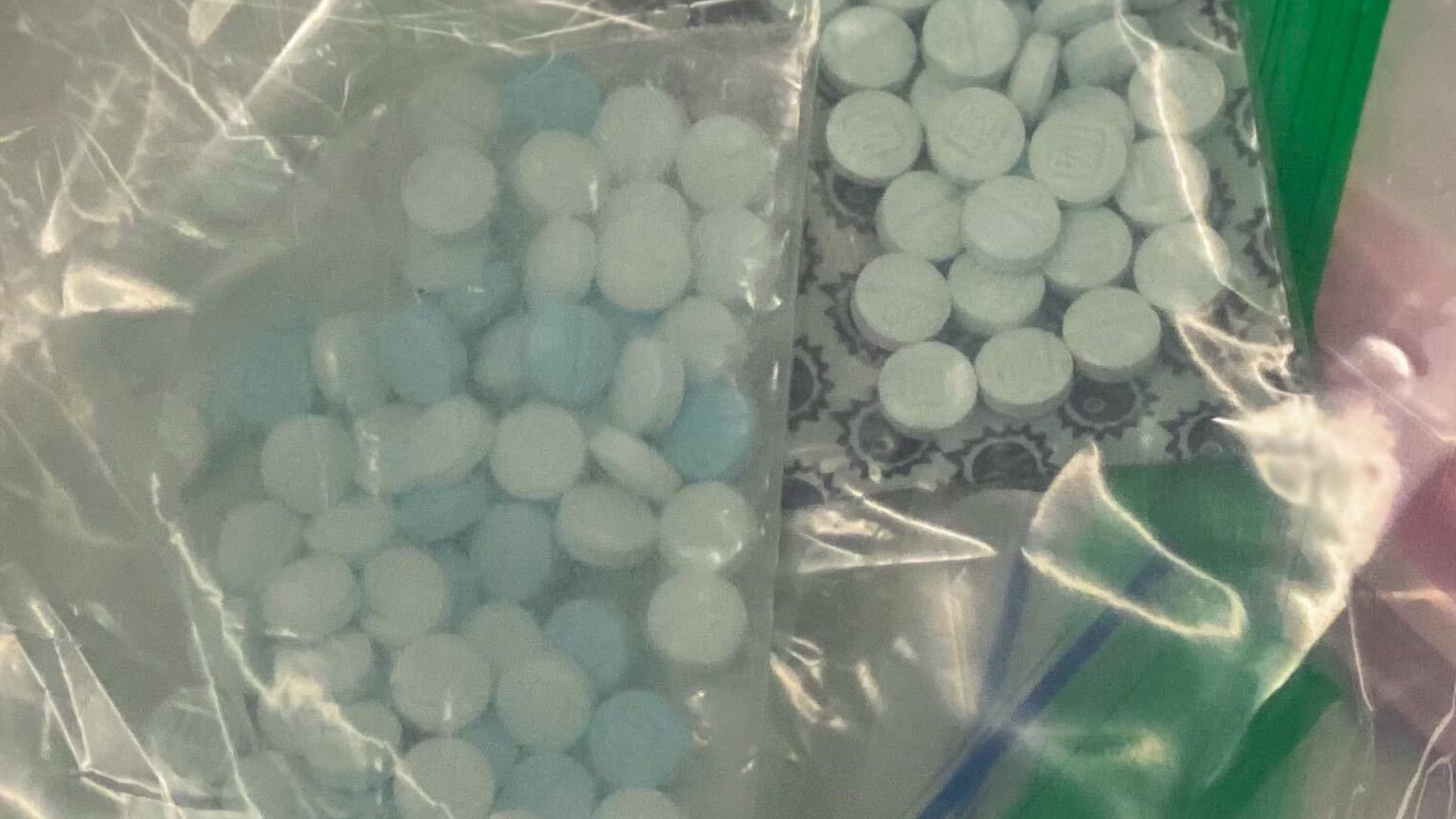 In late May, five people died from suspected fentanyl-related overdoses in eight days. Now, ten days later, there have been at least two more overdoses, the Kootenai County Sheriff's Office (KCSO) said. Authorities weren't able to release the condition of the two individuals.

Fentanyl, a synthetic opioid, is continuously popping up all over the county, KCSO said. It's so powerful, that just two grains of this extremely potent and very deadly drug can be enough to kill someone. Fentanyl is 50 to 100 times more potent than morphine, and up to 50 times more potent than heroin. Doses as small as two milligrams are fatal for most people.

"We got well over one hundred pills here," KCSO Sergeant and HIDTA team member Jon Brandel said. "Each one of those is a ticking time bomb."

Brandel said the scariest part about illicit fentanyl is that there is no quality control. That means, within the same batch of pills, one could have no amount of the drug, and another pill could have a deadly dose. Plus, it's nearly impossible to tell which drugs are real and which are counterfeit.

"The frightening thing about it is just the unknown," he said. "You have no way to tell. You couldn't cut this pill in half and go, 'Oh, I can see the big giant red fentanyl in it.'"

Fentanyl comes in all shapes, sizes and colors, he said. Not all fentanyl-related products look like little circular pills.

"Even someone who is knowingly taking heroin, this heroin is cut with fentanyl," he added, pointing out 30 grams of black-tar heroin that his team found in a drug trafficking stop. "That becomes equally dangerous because someone who may be a heroin user is expecting a certain response for their body to a known product, not knowing that it contains fentanyl. And now, they're looking at a potentially dangerous situation."

Drug dealers and traffickers often cut different drugs with fentanyl because the synthetic opioid is incredibly cheap and anyone can make it, he added. Sometimes, people try to buy another drug and get hooked on fentanyl without realizing. He added you should assume that any drug bought illegally has the synthetic opioid in it.

"The people that make this don't have a care for human life," he said. "They're in it for the money. They're not medical professionals, they're not trying to treat pain with their product, they know exactly what they're doing. When you're preying on your fellow human man for the bottom dollar, pedaling up a potentially lethal product, there's no excuse. No justification. There's nothing that you can say that justifies that action."

RELATED: 'There are two pandemics': Five fentanyl-related overdoses in Kootenai County in a week, authorities say

"So my message to them is, some day justice is coming," he added. "You can't victimize people, and put products out there that are potentially lethal to the men and women and children of our community, without people wanting to hold you accountable for those actions."

In Idaho, dealing and trafficking fentanyl holds a penalty of up to life in prison.

"Everybody views drug overdoses, as 'it's not my problem, that doesn't affect me in my neighborhood,' he said. "But it does, you have kids in school, you have soccer moms, you have medical professionals, you have people that get hooked on it because they had a legitimate medical need for it, they were prescribed it, and then for whatever reason, it kind of spiraled out of control. Nobody is calling them a bad person. But, it's an addiction, and addiction is a serious thing. Opioid addiction is a very serious thing, and very hard to kick."

In an interview in May, Brandel referenced two pandemics: COVID-19 and opioids. He said he stands by that, but said drug addiction faces a different battle.

"We don't have a vaccine for it, we don't have social distancing and we can't wear a mask to prevent it," he said. "So until it becomes part of the public conversation, how do we deal with this? It's going to continue to grow."

He said there's no easy solution. The opioid epidemic can't be solved by law enforcement alone. The solution needs to come from the broader community, because right now, the problems isn't getting better, it's getting worse.

Since this is a community problem, he said there needs to be a treatment component that involves the medical community, counseling services and involvement from faith based groups.

Brandel said that there are numerous strains of the drug hitting the streets already that are more potent than regular fentanyl, so addressing this problem now is essential to saving more lives.

Anyone with information about who is supplying counterfeit prescription pills is urged to contact KCSO Investigations Division at 208-446-1301aor submit an incident on their online reporting site. Contact ISP at the Idaho Drug Tip Hotline 1-800-524-7277 or the Coeur d’Alene Police Department at 208-769-2320