2 people killed, 2 others hurt in shooting near West Seattle

Deputies responded to the area of 16th Avenue SW and SW 98th Street around 3:50 p.m. Friday for the shooting. 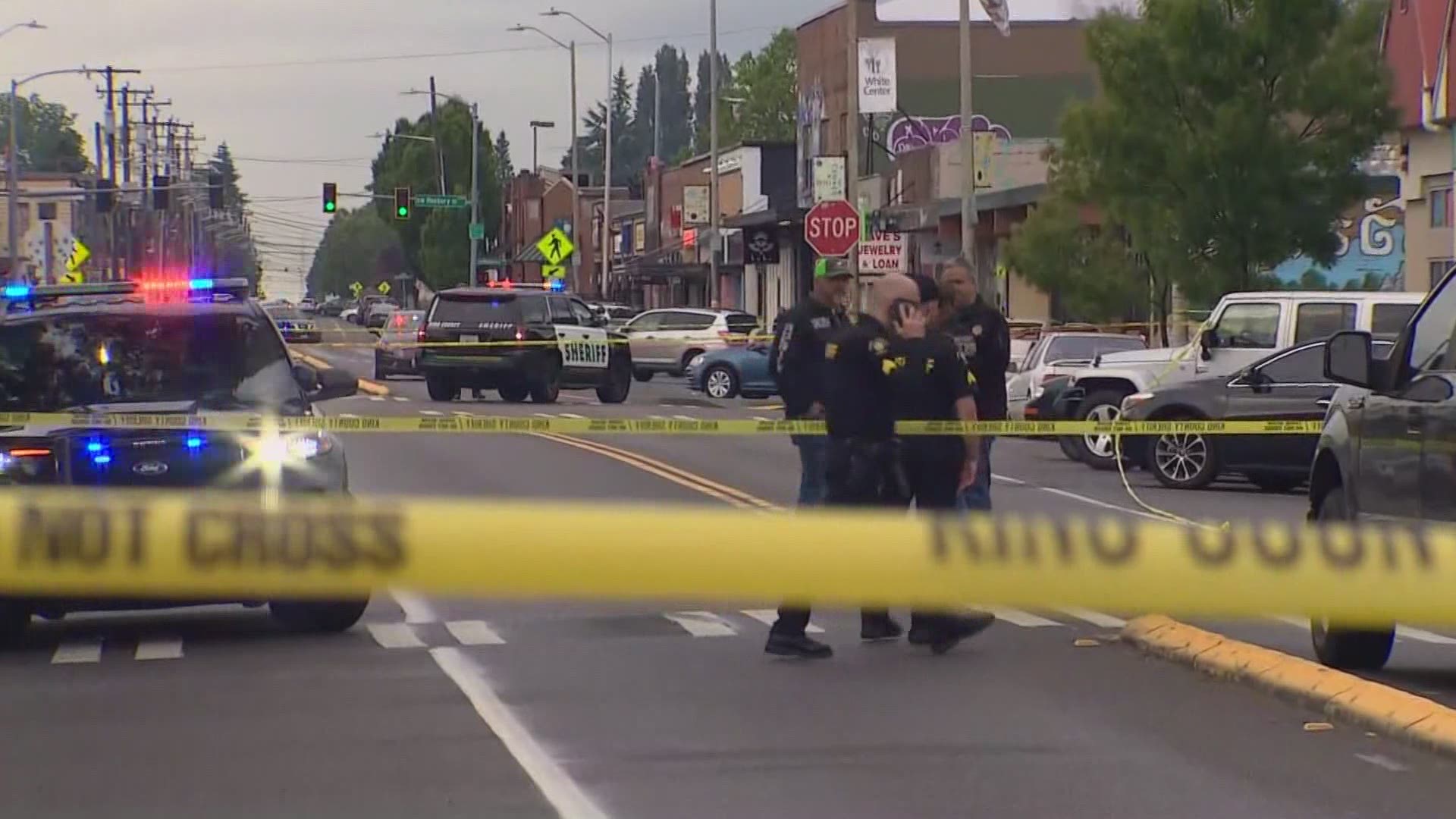 Deputies responded to the shooting at 3:50 p.m. Friday near the intersection of 16th Avenue SW and SW 98th Street. The shooting took place in a busy area of White Center with several business storefronts nearby.

Four men suffered gunshot wounds and were taken to Harborview Medical Center in Seattle. Two of the men died at the hospital, according to a hospital spokesperson. One victim is in critical condition and the other is in satisfactory condition as of Friday night, hospital officials said.

It's unknown what led up to the shooting and detectives are still trying to determine who fired the shots.

KING 5's helicopter flew over the scene Friday afternoon and got video of two cars at the intersection with apparent bullet damage.

King County Sheriff detectives stayed at the scene for several hours Friday evening collecting evidence. The intersection has since reopened.

Harborview Medical Center confirmed Horace Anderson was treated for injuries related to the shooting. He has since been released from the hospital. Anderson is the father of Horace Lorenzo Anderson who was shot and killed in the Capitol Hill Occupied Protest zone in June of 2020.