Deputies said the driver initially stopped after the crash before fleeing the scene. 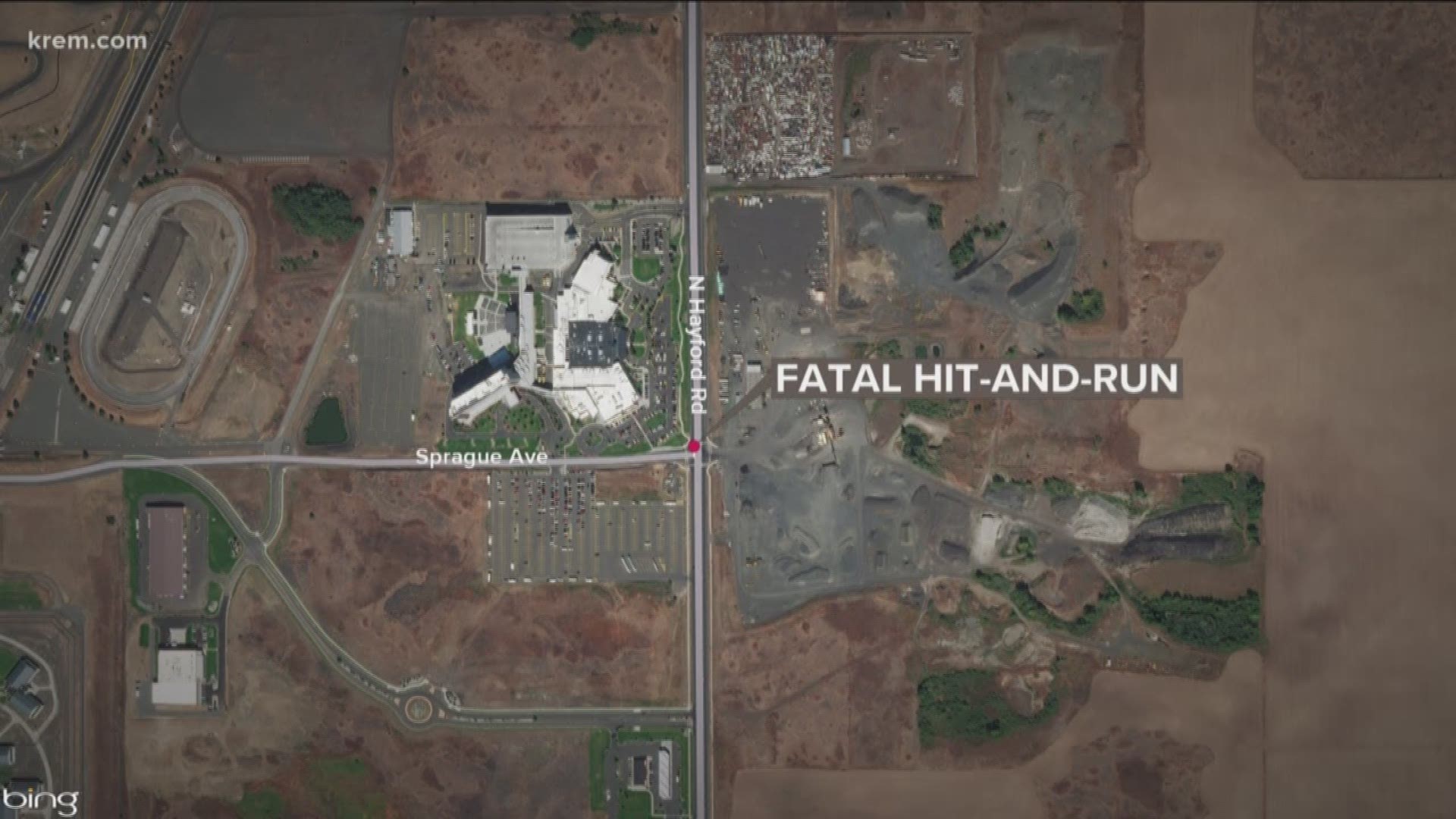 AIRWAY HEIGHTS, Wash. — A man is dead after a fatal hit-and-run auto-pedestrian crash in Airway Heights on Thursday evening.

Spokane County Sheriff’s deputies responded to a report of the crash at Sprague Avenue and Hayford Road at about 9 p.m.

Deputies learned that the man was attempting to cross Hayford Road when the driver of a vehicle struck him. The driver initially stopped after the crash but later fled south, deputies said.

Medical personnel arrived to help but, despite their efforts, the victim died at the scene, deputies said.

Investigators would like to talk to anyone who saw a pedestrian walking along the roadways between the hours of  8:30 p.m. and 9 p.m.

They would also like to identify and contact the drivers and any passengers of two vehicles believed  to be in the area at the time of the crash. Investigators believe they may have vital information on what happened leading up to the fatal crash.

Officials said a mid-2000s white Ford Crown Victoria with black rims may have dropped passengers off at Northern Quest Casino just before the incident at 9 p.m.

They also looking for a dark colored sedan, driven by a man with a female passengers. Officials described the man as being heavy set. They believe both were in their 40s and they were either Hispanic of white. The two parked in the east lot of the casino before going inside. Investigators said they were in the casino for a couple of hours before they returned to their car.

The Spokane County Medical Examiner’s Office will release the name of the victim at a later date.

Anyone who witnessed the incident or can help investigators identify the suspect is asked to call Corporal Jeff Welton at 509-477-3237.