Is crime increasing in downtown Spokane? Here's a look at the numbers so far

As businesses reopened over the summer, some added extra security to keep their customers safe. KREM looked at reports from SPD to see if crime has increased. 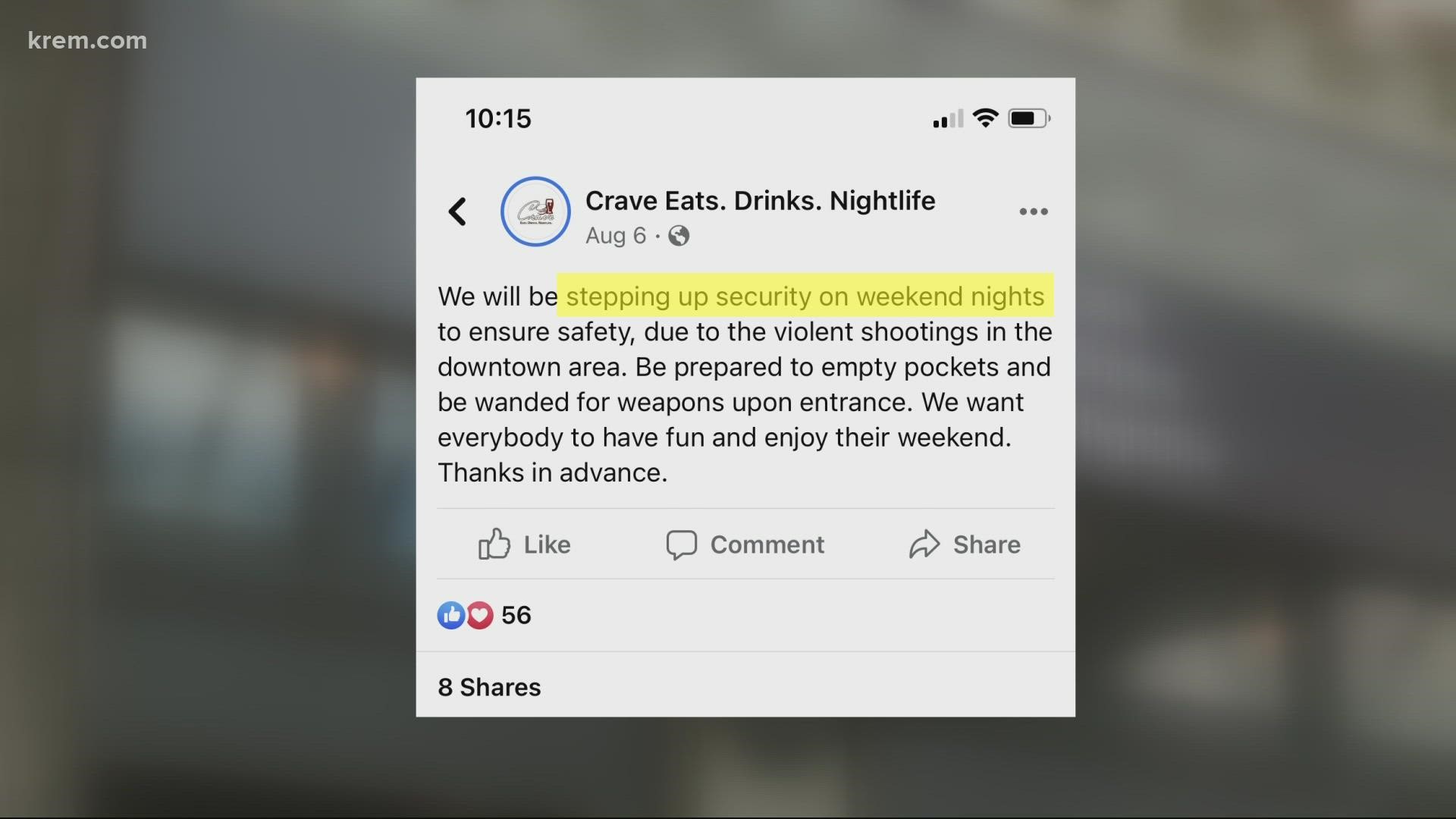 SPOKANE, Wash. — In August, Spokane restaurant Crave Eats posted on their Facebook page that they would have more security at their downtown bar on the weekends.

"We want to try our best to try and curb those from happening before they occur," Miller said.

The popular spot is adding extra security and metal detectors on the weekend, Miller said.

The Spokane Police Department's Downtown Precinct has also been following the reopening stages.

The increase in crowds means more potential for problems, he said.

Here's how the numbers break down:

There is a log of the number of crimes per month. Over the past three years, there have been some changes.

There is also a breakdown of violent crime versus property crime. Property crime is similar to the total averages. The past three years, starting in 2019, the numbers were 93, 74, and then 104 crimes per month.

However, the numbers for violent crimes show something different. Violent crimes have been steadily declining the past few years, despite the pandemic. The past three years, starting in 2019, the numbers were 22, 20, and then 19 crimes per month.

It's normal to see more crowds in downtown Spokane during the summer, SPD said. They said rates will start to drop now that Labor Day has passed.