Nash made his first court appearance Thursday afternoon. A court commissioner set his bond at $50,000. His arraignment is scheduled for Aug. 17 at 9 a.m. 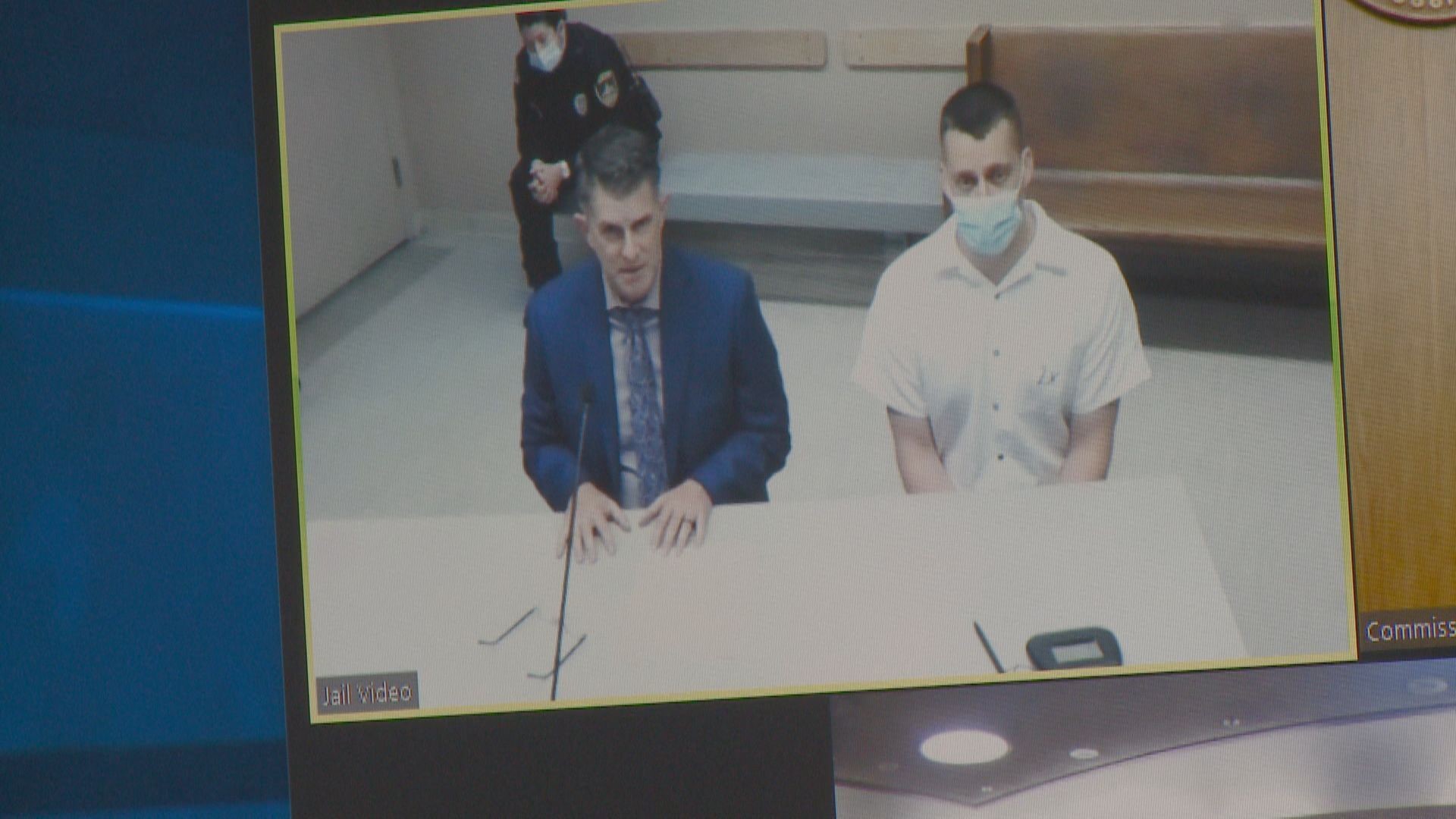 A former Spokane police officer who's subject of a second rape investigation pleaded not guilty in court Wednesday afternoon, according to the Spokane County Sheriff's Office.

Nash made his first court appearance Thursday afternoon. A court commissioner set his bond at $50,000. He was released on bond on Aug. 5.

Chris Bugbee, Nash's defense attorney, argued that because Nash hasn't violated the terms of release from his first case, his bail shouldn't have exceeded $10,000 for the new case.

Despite the efforts of the defense, Court Commissioner John Stine set his bond at $50,000, the amount recommended by the prosecutor. Stine said the similarities between the new rape case and Nash's first rape case show he could pose a risk to the community.

"Although you're obviously not in the same position of authority you were in before, it still raises a concern that whatever position you are in, there's a risk that you could try to exert influence over somebody you see less advantaged than you," Stine said.

Some of the similar details between the two cases are outlined in a probable cause affidavit filed in Spokane County Superior Court. Investigators said in the documents Nash met both women while responding to calls where they were assault victims, and the alleged rape happened when he followed up with the victims alone to take photos for evidence.

The court documents also say doing follow ups to take photos of victims was outside of Nash's duties. According to the documents, the 40-year-old female victim in the new case, who court documents say identifies as disabled with a learning disability, also described a tattoo of wings on Nash's back.

Through a search warrant, police said Nash does have a tattoo on his back that matches the description given by the victim.

The similarities weren't the only reasons given by the court commissioner for his decision to set Nash's bail at $50,000, he also said that as the number of charges rise against a suspect, so do the chances of them fleeing.

"In my experience, those odds go down the more cases that are filed and a person may come to think maybe things won't go their way and create a risk of flight. You are looking at an exceptionally long possible sentence if you are found guilty under either of these," Stine said.

The second investigation was spurred by a complaint received from the Spokane Police Department after the victim reported it to the agency. The incident reported by the victim allegedly occurred on July 6, 2019 and the victim identified Nash, who was a Spokane police officer at the time, as the perpetrator, the sheriff's office said.

After an extensive investigation, the SCSO detective developed probable cause to charge and arrest Nash for second-degree rape and unlawful imprisonment on Aug. 4, according to the sheriff's office. Nash was then booked into the Spokane County Jail on those charges.

Nash had previously been terminated by the Spokane Police Department (SPD) for charges related to another incident reported in October 2019. He was charged with second-degree rape, third-degree rape and official misconduct after he allegedly violated a woman during a domestic violence investigation.

Court documents also show Nash turned off his body camera and tracking software while he was at the victim's home in the alleged assault reported in October 2019. Nash pleaded not guilty to all charges related to the first case in court during an arraignment in November 2019. He was released on his own recognizance and has not yet faced trial.

In a statement, the Spokane Police Department said the agency is "deeply troubled" by a new accusation against Nathan Nash and takes the accusations of officer misconduct very seriously.

"The Spokane Police Department is deeply troubled by a new accusation against Nathan Nash, a former SPD officer.  The latest allegation was reported to SPD last month and SPD immediately referred the information to the SCSO for investigation.

The Spokane Police Department takes these accusations of officer misconduct very seriously. In 2019, when the first allegation was made, Nash was promptly removed from patrol by a supervisor. Nash was escorted to the Public Safety Building where his duty weapon and badge were confiscated and all law enforcement authority revoked. Nash has been separated from employment since the original criminal charges were filed.

Today, the department echoes Chief Meidl’s statement from 2019, “I (we) would like to thank those who showed great courage by coming forward and bringing these allegations to light.

Because this is an active investigation, any further information will be provided by the SCSO or the Spokane County Prosecuting Attorney."

The investigation remains active and no additional information is available at this time, according to the sheriff's office.

According to court documents, Nash met the 40-year-old female victim in the July 2019 incident while responding to a call that she had been physically assaulted by her neighbor. Documents say she told police she identifies as being disabled and has a learning disability.

The documents say the victim reported Nash showed up alone to take photos and he allegedly raped the victim during the encounter.

After the alleged rape, the victim reported that Nash pulled her into her bathroom and she thought he was going to drown her, documents say. According to the victim, Nash told her to clean up.

The victim reported having consensual sex with Nash one time in the weeks after he came over to talk about the previous physical assault, according to documents. The victim also reported suffering PTSD and trauma from the rape.

Anwar Peace, a police accountability activist in Spokane, released a statement about the Nash investigation and offered condolences and support to the victims. In the statement, he calls for the Spokane Police Department to enact random drug and psychological testing to make sure that officers are handling the stress correctly.

The statement is as follows:

“The Spokane Police Department needs to revamp their "Early-Warning-System" on officers because this case clearly shows that that warning system is not currently working correctly. Plus the department needs to enhance is domestic violence support for law enforcement families, law enforcement families deal with six times the rate of domestic violence in their homes. And finally we as a community need to strengthen the mental health of police officers, it is a very sad statistic that the same number of line of death of officers have happened this year as the same number of officer-involved suicides, which we just found out yesterday two more DC police officers have committed suicide since the attack on the capital that brings the total to four officers who have committed suicide. Mental health is something that everyone on this planet deals with at some point and it's time for the Departments in our area to have wraparound services for these officers as well as support their family members in the victims of their abuse.”