Richard Sherman, who played seven seasons with the Seahawks, was arrested after allegedly trying to break into his wife's parents' home in Redmond. 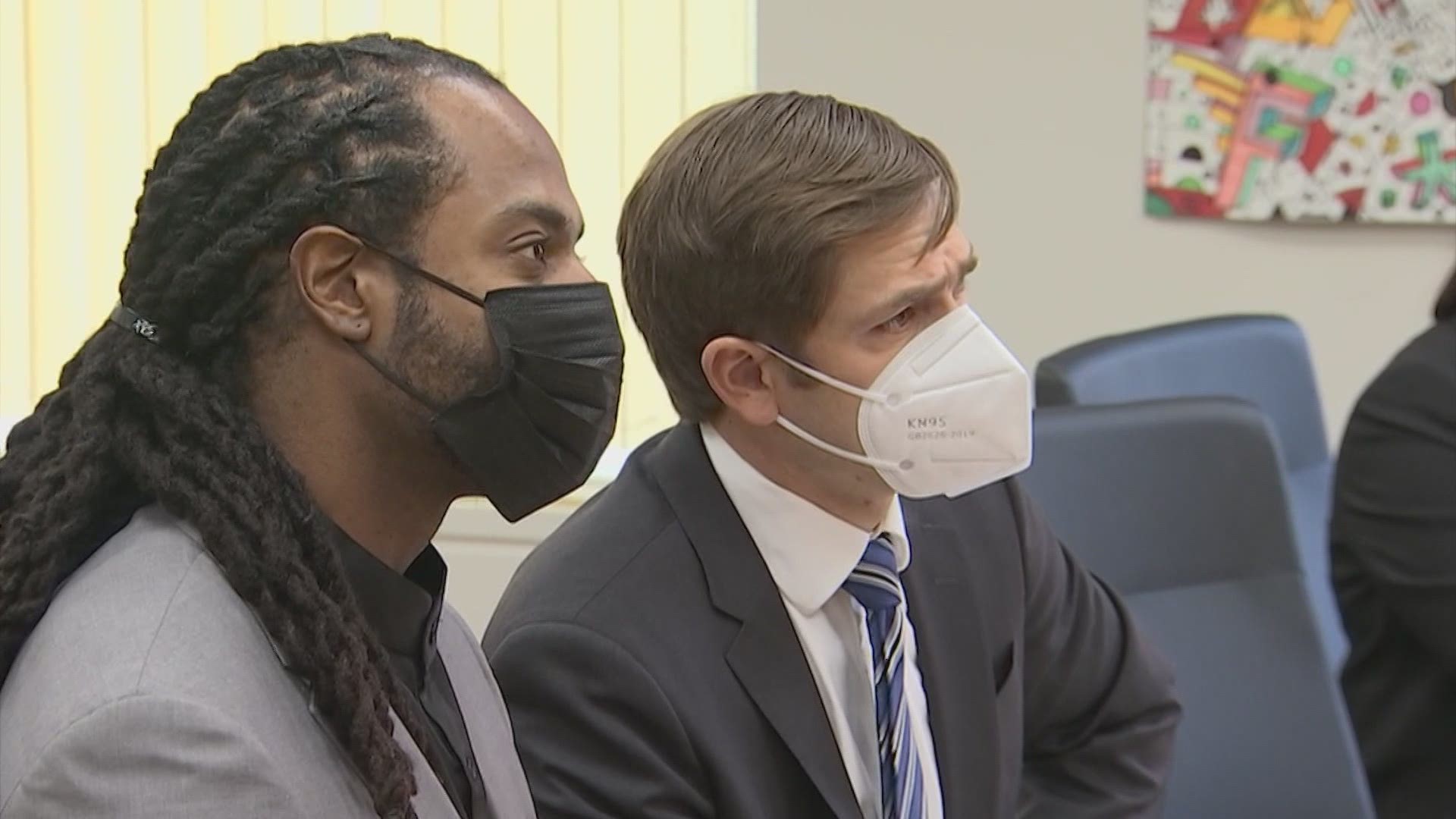 Sherman, 33, is charged with driving under the influence, reckless endangerment of roadway workers, criminal trespass in the second degree, resisting arrest, and malicious mischief in the third degree. The felony charges against Sherman were dropped Thursday.

The King County Prosecuting Attorney’s Office said Sherman has no known criminal history prior to his arrest Wednesday.

Sherman tweeted Friday that he was “deeply remorseful” for his actions.

“I have been dealing with some personal challenges over the last several months, but that is not an excuse for how I acted. The importance of mental and emotional health is extremely real and I vow to get the help I need,” Sherman wrote.

As Sherman was walking into court Friday, he said he had been “just having a bad day.”

A King County judge ordered Sherman be released Thursday without bail on his own recognizance.

"The state is asking for bail of $10,000. I see Mr. Sherman as a pillar in this community. He’s a business owner, a husband, he’s a father. I’m going to release Sherman on his own promise to return to court," said Judge Fa'amomoi Masaniai during a court hearing for Sherman Thursday.

Sherman's father-in-law said he armed himself with a gun and pepper-sprayed the NFL cornerback as Sherman was trying to break into his in-laws' home early Wednesday morning, according to a police report acquired by the Associated Press.

Moss told police that Sherman had partially broken in the door by ramming it.

Sherman was arrested a short time afterward for investigation of burglary domestic violence.

According to authorities, the King County Sheriff's Office just before 11:30 p.m. on Tuesday notified the Redmond Police Department that Sherman was possibly traveling to Redmond.

A resident called police at 2 a.m. to report a burglary. Sherman was trying to break into his wife's parents' home, according to Redmond police.

When police arrived, they had an "amicable" conversation with Sherman, but "the situation turned" when the officers tried to arrest him, according to Redmond Police Chief Darrell Lowe.

Sherman tried to walk away and allegedly resisted arrest. The officers used a police dog to help take him into custody. Sherman got a minor cut on his leg and ankle due to the K9 and was treated at a hospital before being booked in jail, according to Lowe.

Lowe said he was told there was an odor of an intoxicant from Sherman's breath. Washington State Patrol got a search warrant for Sherman's blood, which would measure any intoxication.

Lowe said he didn't know Sherman's motive for going to the home.

Sherman was traveling eastbound on State Route 520 when he drove into a construction zone near 148th Avenue Northeast, according to Washington State Patrol Captain Ron Mead.

A construction worker called 911 to report that they thought the driver was impaired and that he had driven out of the construction zone.

WSP believes Sherman hit a barrier as he left the construction zone. Troopers found the car, which was registered to Sherman, in a commercial parking lot with "extensive" damage, according to Mead.

As promised by @wastatepatrol Captain Mead today at the press conference, here are pictures from the collision involving Richard Sherman early this morning. pic.twitter.com/NcMrnwccsG

Police believe Sherman then fled on foot and speculate that Sherman walked from his car to his in-laws' home.

Sherman was arrested for malicious mischief due to the damage caused to the door of the home, resisting arrest and burglary domestic violence for allegedly trying to break into a home whose residents he had a relationship with, according to Lowe.

Sherman played seven seasons with the Seahawks from 2011-2017. The cornerback was a star in their run to a 2014 Super Bowl victory, making a game-saving play to deflect a pass in the NFC Championship Game against the 49ers.

He left the Seahawks after the 2017 season and then played three seasons with San Francisco.

The NFL Players Association released a statement saying it was aware of an arrest involved one of its players.

"We were made aware of an arrest last night of one of our player leaders for an alleged domestic violence incident and have activated our domestic violence crisis protocol for the protection and support of everyone involved," the association said. "We will continue to monitor events closely as more facts are made available to us."