'There are two pandemics': Five fentanyl-related overdoses in Kootenai County in a week, authorities say 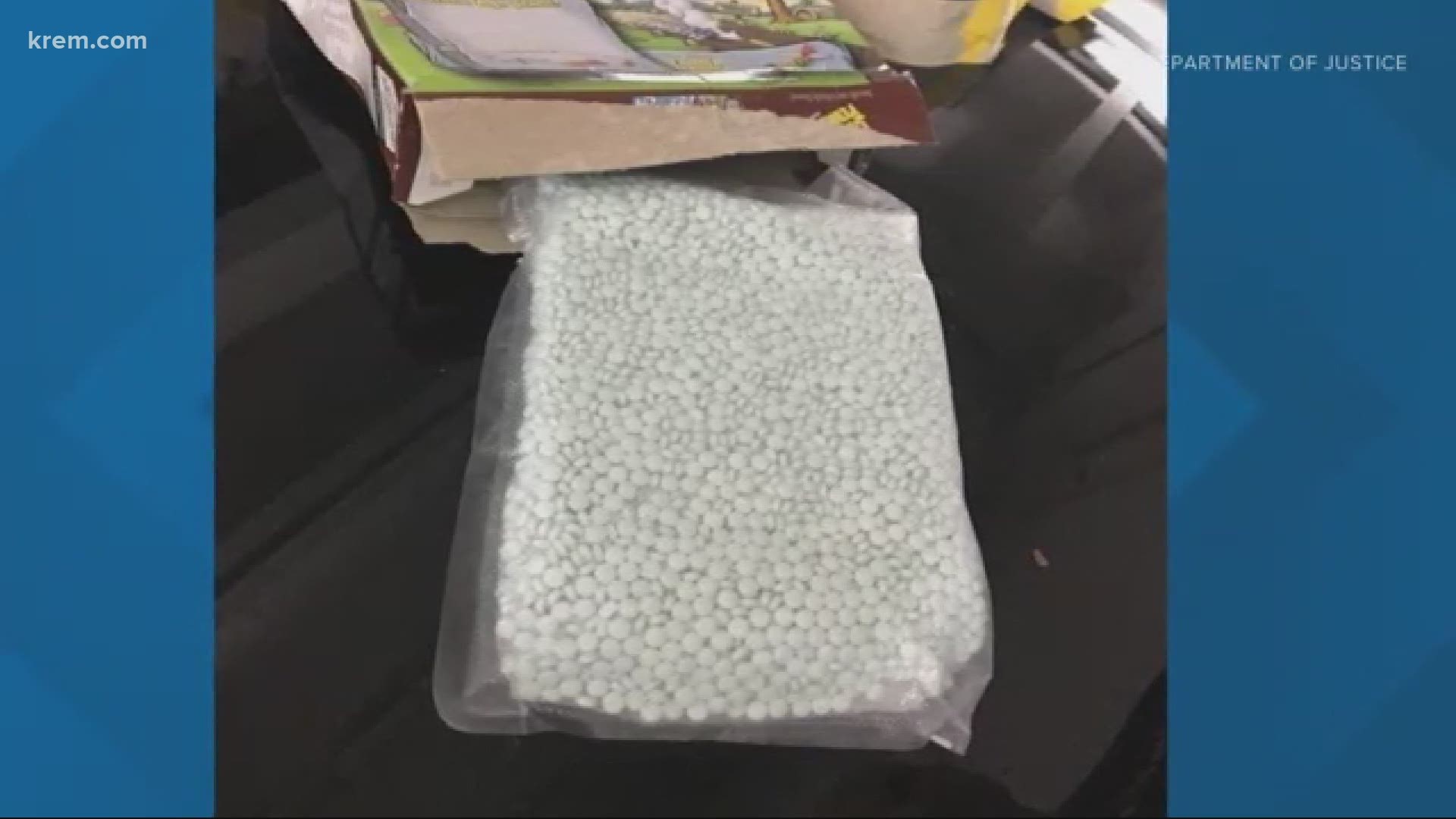 Five overdose deaths involving counterfeit prescription pills and other illicit narcotics suspected to be laced with fentanyl have been reported in Kootenai County over the last eight days, according to a press release sent on Friday by the Idaho State Police (ISP). The deaths involve four men and one woman ranging in age from 15 to 60 years old, and they appear to be accidental and unrelated, police said.

The HIDTA task force works to intercept drugs as they come across the community on highways. The local Kootenai County Sheriff's Office (KCSO) unit says overdose deaths rose by 37% in 2020. There were 24 deaths reported in 2019 compared to 33 in 2020.

"It's a disturbing trend, not just locally, but nationwide," KCSO Sgt. Jon Brandel said. "We talk about pandemic every day, and that's truly what we're dealing with here. There are two pandemics; the virus and opioids."

Brandel is on the HIDTA team and says one of the lead players in the opioid epidemic is man-made drug fentanyl.

"It is 50 times stronger than many of the opioids that are out there, and it is incredibly dangerous because something as small as two grains of salt, two milligrams of this stuff can be a fatal dose," he added.

"We've had cases where fentanyl has been found in cocaine, methamphetamine, marijuana, heroin, a myriad of pills, Xanax, oxycodone," he listed. "The list is long of these drugs that are being counterfeited that contain fentanyl in them and it's difficult, you can't tell."

Not only are other drugs laced with fentanyl, he said there is no quality control when the drug is made illicitly. Counterfeit prescription pills look exactly like legitimate pills and the amount of fentanyl can vary from each pill, even those in the same batch. It is possible that in the same batch of pills, one can have a tiny trace of the drug, while another has a lethal dose. He adds you should assume that any drug bought illegally has the synthetic opioid in it.

The drug does not discriminate, it makes its way into all communities, he added. The youngest death this week was a 15 year old. He said parents need to start talking to their kids about this drug, and just because it is in a pill form and is not injected or smoked, doesn't make it safe.

Nearly 90,000 people died as a result from of drug overdoses in the United States from Nov. 1, 2019 though Oct. 31, 2020, the largest number of drug-related deaths in a single year, and more than 74% of those deaths involved an opioid, according to ISP. Overdose deaths involving a synthetic opioid rose 54.7% and appear to be the primary driver of the uptick in deaths.

"If we had 90,000 people dying in traffic collisions, what would the outcry be from the community?" he asked. "They would fix cars and intersections and what's going on."

He said the community members don't like to talk about the county's drug problem.

"We kind of have this other thing underneath the radar because it's either head in the sand mentality, people don't want to know it's there, it's the underbelly of society, it's not prevalent," he said. "We got to just stand up and say 'hey, enough is enough,' and we got to take that stand and acknowledge that it's there."

The Washington State Department of Health (DOH) said many of the overdoses were caused by fentanyl, adding that people should assume any drug not from a pharmacy could have fentanyl in it.

Addressing the issue and raising awareness is Brandel's first step, but some in the Idaho Department of Health and Welfare (DHW) have another idea. Members of the behavioral health program division say fentanyl test trips are a useful tool in harm reduction. These strips will indicate if there is any fentanyl in the substance. Right now, test strips are illegal in the state of Idaho, but the DHW's substance abuse team has been trying to garner support from local law enforcement to help rewrite the paraphernalia law

While police investigate the source of counterfeit pills in Kootenai County, they are asking parents to talk to their children about the dangers that they pose. Anyone with information about who is supplying counterfeit prescription pills is urged to contact ISP at the Idaho Drug Tip Hotline 1-800-524-7277 or the Coeur d’Alene Police Department at 208-769-2320.