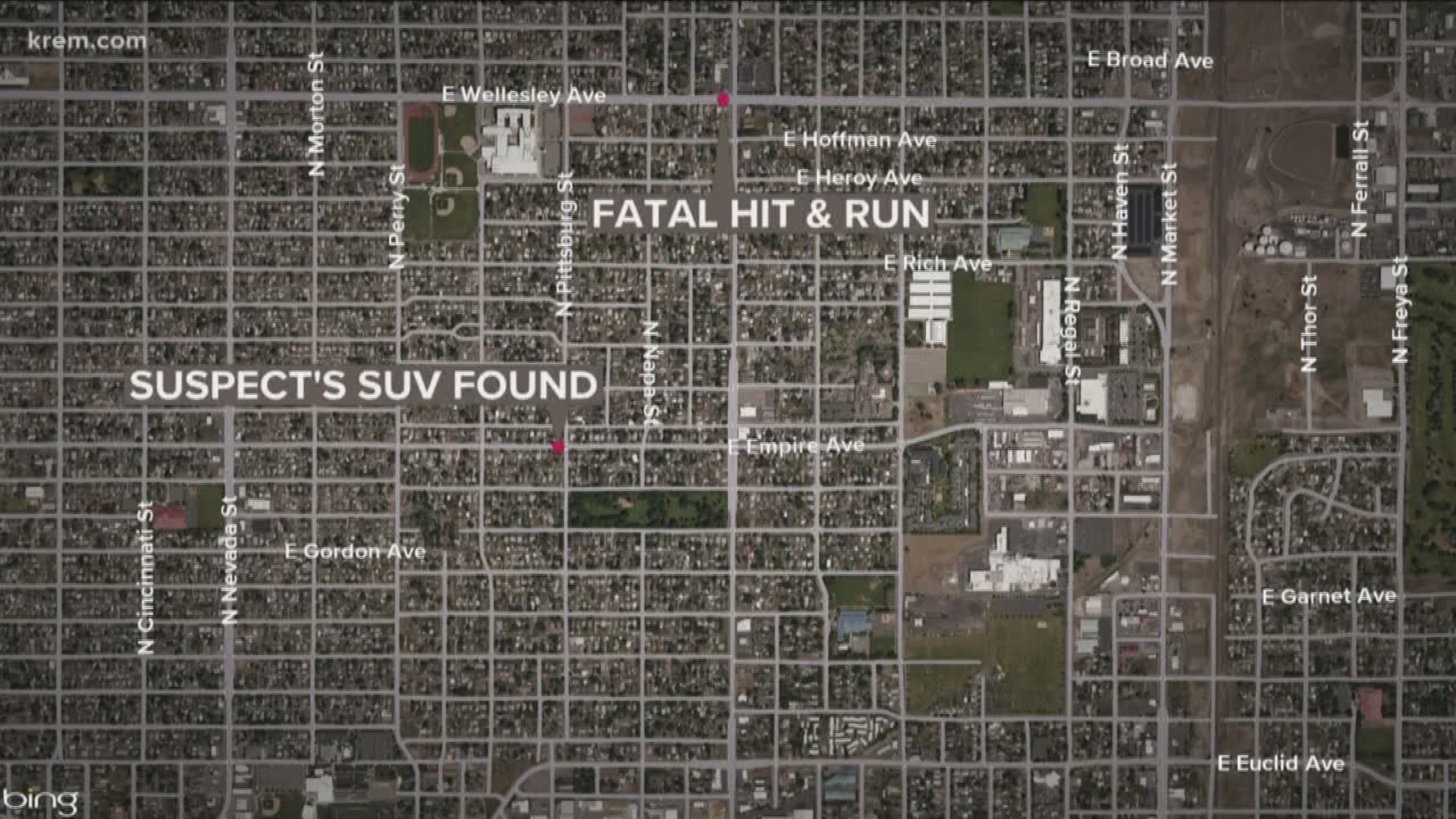 SPOKANE, Wash. — Spokane police said they arrested a suspect who they believe hit and killed a pedestrian with his SUV in northeast Spokane Wednesday night.

Spokane police responded to the fatal hit-and-run crash at about 11:30 p.m. on Wednesday near N. Crestline Street and East Wellesley Avenue. The man who was hit by the SUV died at the scene, police said.

Spokane Police Sgt. Terry Preuninger said the man who died was riding a Lime scooter without a helmet.

Major Crimes collision investigators were called to the scene due to the "serious nature of the crime," police said.

Residents in the area called in about a Native American man with shoulder-length black hair, darker clothing and possibly a red flannel jacket running through yards in the area. Police believe he is the driver.

Police officers set up a perimeter and searched the area with the help of multiple K-9s on Thursday morning to find the driver.

A Lime spokesperson offered a statement Thursday regarding the incident.

“We are devastated to learn of the tragic death in Spokane today, and our thoughts are with the victim’s family and friends during this extremely difficult time. We have been in contact with local authorities to assist in their investigation however possible, and hope the driver of this hit-and-run is found quickly and brought to justice.”

Police said E. Wellesley was shut down from N. Napa Street to N. Crestline Street during the investigation but it has since reopened as of 5:30 a.m. on Thursday.

The investigation is ongoing.

RELATED: Spokane man who injured bicyclist in hit-and-run gets 15 months in jail