Montana trooper may recognize people after he was shot in face, head, neck

Montana Highway Patrol Trooper Wade Palmer is starting to show signs that he recognizes people and is communicating with non-verbal gestures after he was shot three times near Evaro, Montana, in March. 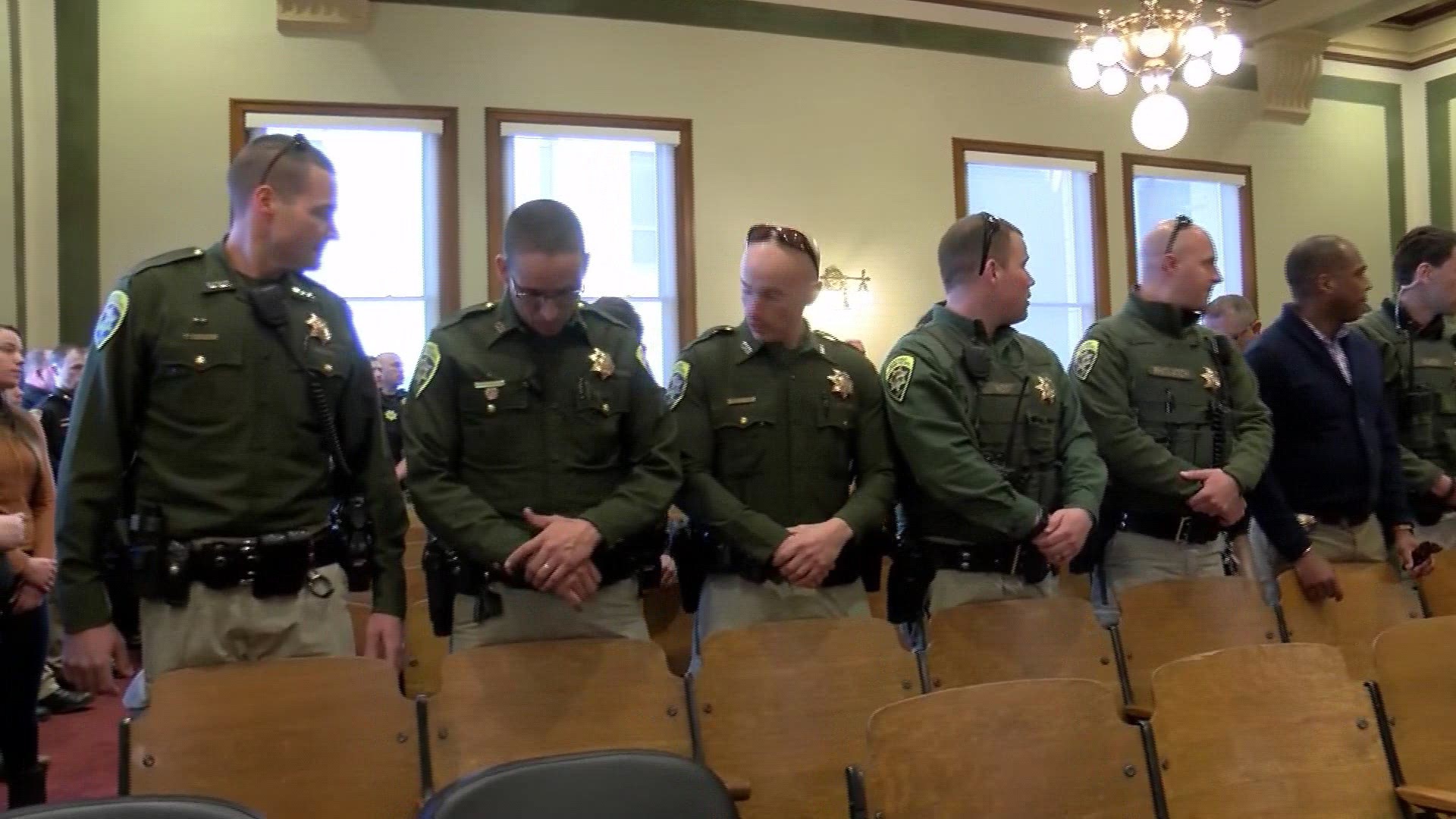 EVARO, Mont. — Wounded Montana Highway Patrol Trooper Wade Palmer is starting to show signs that he recognizes certain people and things after he was shot three times in the face, head and neck nearly a month ago.

“We are immensely grateful for Trooper Palmer’s progress,” said Colonel Tom Butler, chief of the Montana Highway Patrol, in early April. “We remain hopeful as we see Wade continue to heal and make positive strides, however, we are fully aware that he has a long journey ahead of him. We will be with him and his family every step of the way and we thank the public for their continued support and prayers.”

Highway Patrol said Palmer continues to interact with people using hand gestures and facial expressions, but it is unknown how much he understands.

Palmer undergoes physical therapy for continued strengthening of his left arm and leg, according to the Highway Patrol Limited movement has been detected on his right side. He is scheduled to have the wiring and screws from his reconstructive jaw surgery removed this week.

“The tasks that you or I take for granted have become much more significant for Wade,” said Colonel Tom Butler, chief of the Montana Highway Patrol. “His brain is becoming more aware of the sensory input and is relearning how to connect the dots, so to speak.”

Palmer was placed in a medically induced coma at a Utah hospital and was in critical condition following the March 15 shooting.

"We remain cautiously optimistic that Wade will continue to see steady improvements," said Palmer's wife, Lindsey, following the shooting. "We recognize, however, that the overall understanding of these improvements and what they mean in the long run is still evolving and unknown at this time. We are deeply grateful for the outpouring of support and prayers for Wade and for us."

Palmer was shot near Evaro, Montana while searching for the suspect in a Missoula shooting before midnight on March 15, according to highway patrol. Another trooper then found Trooper Wade Palmer still seat-belted in his patrol car after he was shot. The suspect had fled the scene.

Palmer was in critical condition at St. Patrick Hospital, according to the highway patrol. He was later airlifted to Salt Lake City.

Palmer worked for Montana Highway Patrol since 2012 and is stationed in Missoula. In 2015, he was awarded the Medal of Valor for his life-saving efforts at the scene of a multi-vehicle crash involving a mom and her young children in December 2014.

Palmer has a wife and two young children, according to the highway patrol.

The suspect in the shooting, identified as Johnathan Bertsch, was taken into custody by the Missoula County Sheriff's Office's Special Response Team at about 6:15 a.m. on Friday, according to a Facebook post. The sheriff's office is not looking to find any other suspects.

According to highway patrol, residents in the Evaro area were originally told that the suspect was considered armed and dangerous and that they should not approach him. Residents were also told to lock their doors and report suspicious activity to 911.

"Please keep the Montana Highway Patrol Trooper who sustained injures this morning in your thoughts and prayers," the sheriff's office posted on Facebook.

Hundreds of law enforcement personnel throughout the state of Montana filled the courtroom during Bertsch's initial hearing.

Bertsch's bail was set at $2 million.

RELATED: 'All we can do is pray': Law enforcement gather at suspect hearing to support wounded Montana trooper

Those interested in helping Palmer and two other victims in last week's shooting can visit GoFundMe pages and Facebook fundraisers, according to law enforcement.

A GoFundMe page is up and running in support of Palmer.

Those who wish to help the family of Shelley Hayes, who was killed in one of the shootings, can do so via GoFundMe.

A Facebook fundraiser has also been set up in support of Casey Blanchard, who was wounded in the shooting. 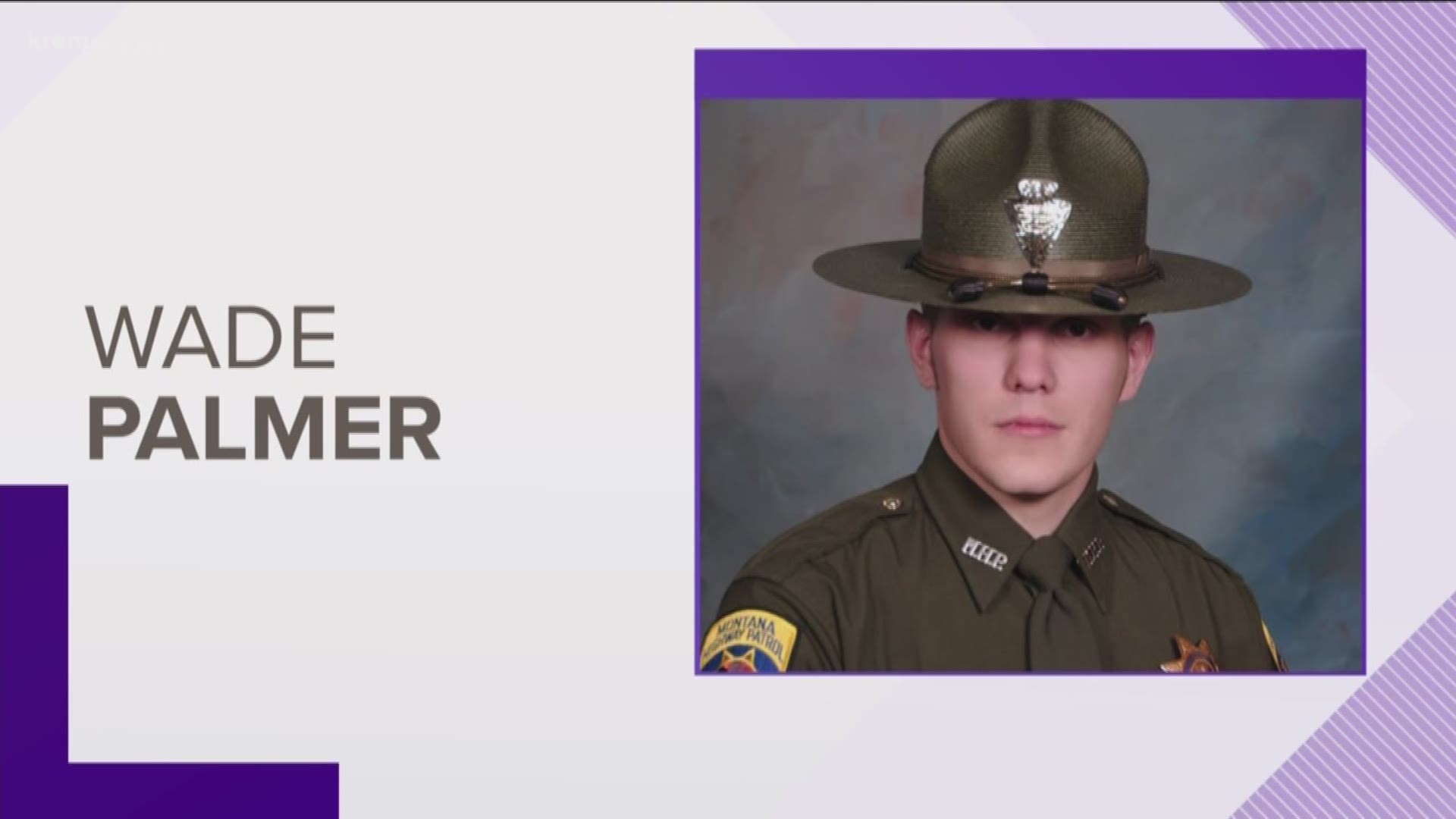