David Novak's family said they will continue to protest outside the courthouse on the seventh of every month to seek justice for him. 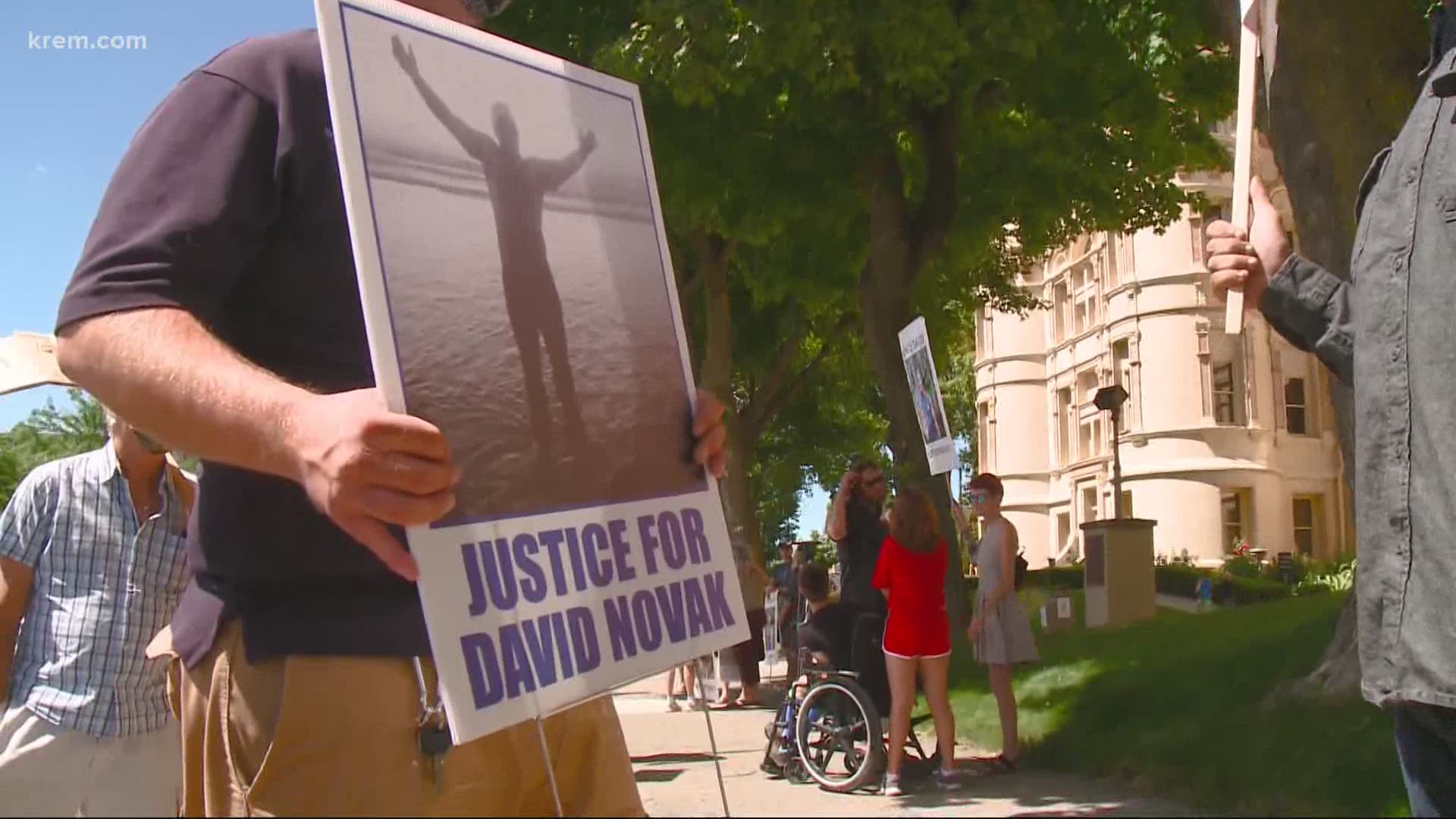 SPOKANE, Wash. — Family members of a man shot and killed by Spokane police held a protest Friday afternoon at the Spokane County Courthouse in hopes to find justice for what they say is a wrongful death.

Since then, David’s family has been vocal in disagreeing with the decision not to press charges in the case. They said they will continue to protest outside the courthouse on the seventh of every month to seek justice for him.

"I want the Spokane City Police Department to be accountable for what they did," David’s mom, Debbie said.

The night Spokane police shot and killed Novak, they believed he had a gun. They later found it was only a metal baseball bat.

"David was shot in the back and shot within seconds," Debbie said.

The Novak family filed claims for damages against the Spokane Police Department and Spokane County. They have asked police to release all evidence pertaining to the case. They also want charges filed against the officer who shot David.

His family claims the department has not been transparent during the investigation. They initially only received a 28-second video from an officer's body cam. They want to see everything that led up to David's death.

"The judge agreed that, yes, we should have gotten the information. And agreed that yes there's information missing. They were told to turn over all the information. They sent us some ridiculous list--some kind of inventory list--there's no way any person could follow that," Debbie said.

KREM asked the Spokane Police Department for comment on the family's claims. It has not yet responded to our request.

"It's very difficult to not take up for your loved one when you don't know what happened. They are in control of the information," Debbie said.