'Drive sober or get pulled over': DUI patrols ramp up for Labor Day weekend in Spokane, North Idaho

Police in Spokane and North Idaho have DUI emphasis patrols to make sure everyone stays safe this weekend. 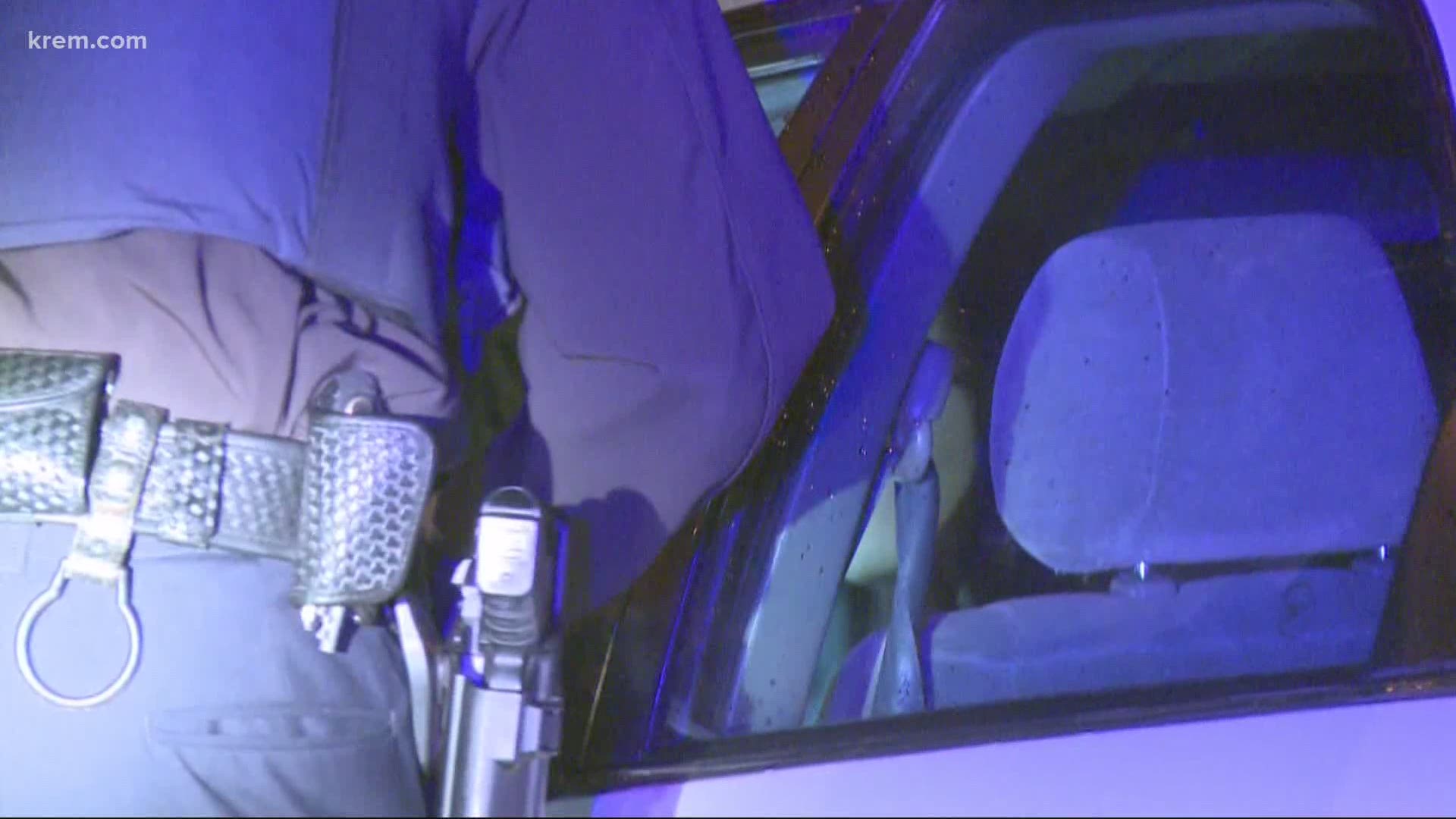 SPOKANE COUNTY, Wash. — Labor Day Weekend in the Inland Northwest involves going to the beach, relaxing with friends, and even having a drink or two if you are of legal age. The problem starts when you get behind the wheel.

Holidays should be celebrated, but the line is drawn when you drink and drive.

"Compared to normal two day weekends, they might have parties, they might go out a little bit more," Plunkett said. "Usually when stuff like that happens around holidays, we do see an increase in DUIs"

Spokane has been seeing an upward trend of arrests even before this weekend, according to an SPD press release. The city is on track for 600 DUI arrests since last year at this time.

"We're seeing it tick up more because people are able to go out of their house to go drink," he added.

The number of DUIs has also gone up because of the coronavirus stay at home order.

"People were kind of claustrophobic or just tired of being in their homes," he said. "They would go over to friends' houses and drink."

With it being the end of the summer, more people are in the area due to colleges going back in session.

"With schools such as GU, more students are in town and the bars in the GU district are having more people over," he said."More people are consuming alcohol at that point as well."

For SPD, there are two DUI units, who mainly work at night and will be patrolling all weekend, the same as the Kootenai County Sheriff's Office.

The costs far outweigh any justification for the crime.

Consequences could include thousands of dollars in fines and fees, one year in jail, suspended license, and most importantly - death or injuries the driver causes to others or themselves.

Driving under the influence is not just alcohol. Impaired driving means marijuana, illegal or prescription drugs, and many over the counter drugs like Nyquil or Ambien.

There are many ways to avoid drinking and driving, like using a ride sharing app, calling a friend for a ride, or sleeping on someone's couch for the night.

Here are some ways you can help if you see someone about to drive while impaired:

·        Arrange for the impaired person to stay where they are