Danika Ross died in July after being sucked into a pipe in a man-made lake in Quincy, Washington. The lake is for both recreation and winery irrigation. 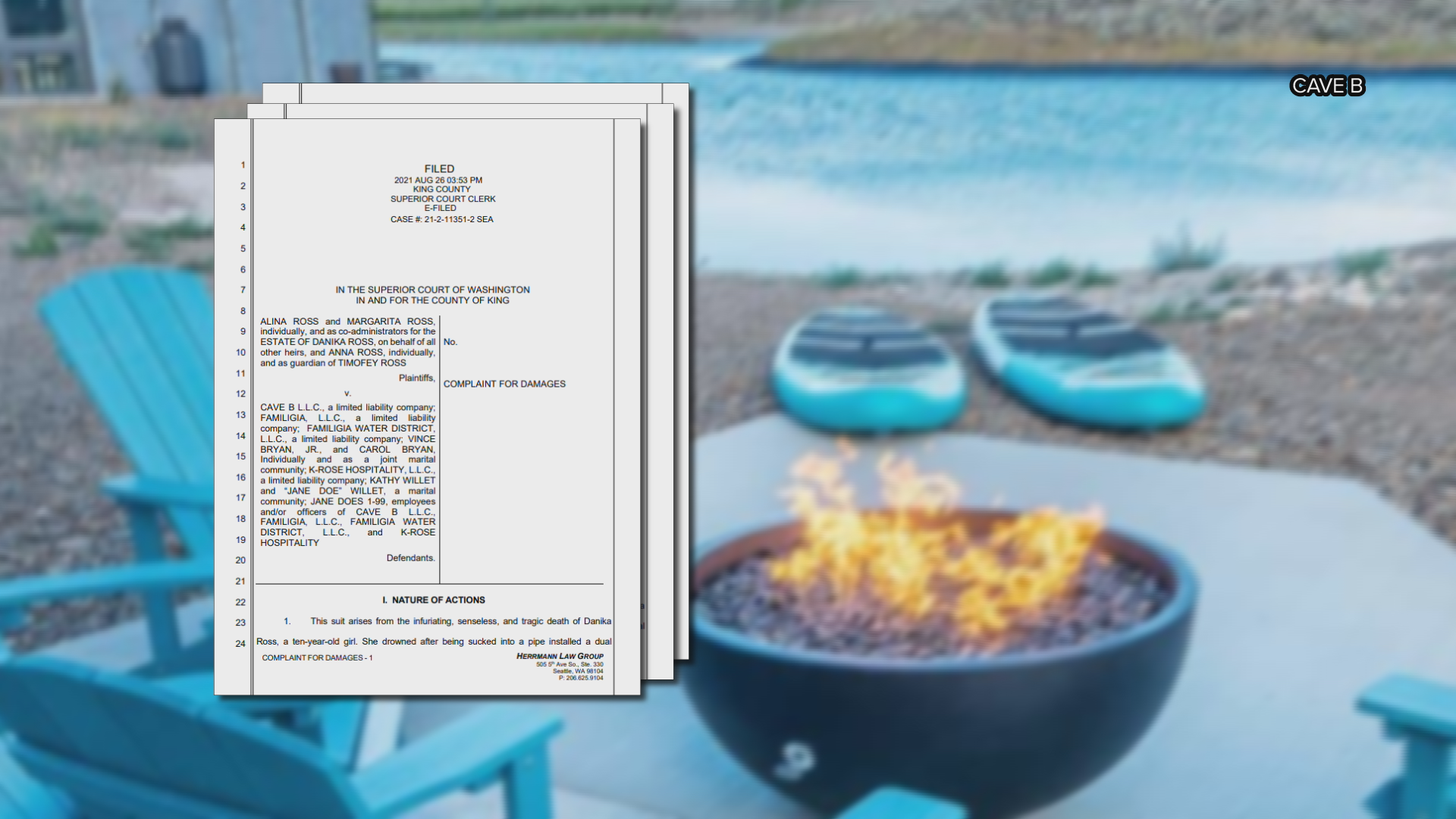 The family of a 10-year-old girl filed a wrongful death lawsuit against numerous companies in Quincy, Washingon. In the lawsuit, the family of Danika Ross alleges that negligence by Cave B Estate Winery and Famiglia Water District, among others, killed their daughter.

Danika Ross, 10, traveled with her family to Quincy for summer vacation but this trip ended in tragedy.

In the lawsuit, Danika's family alleges that she, two of her siblings and a family friend were all swimming in a man-made lake on the Cave B property and Familigia Water District. The family friend's mother was present and watching the kids.

Despite the Cave B website advertising swimming in the water, this lake "was literally a death trap," the lawsuit claims.

While swimming, Danika drowned after being sucked into a pipe inside the lake, the document added. Cave B's website says the lake is for both recreation and irrigation for the winery.

The pipe was not grated, it was larger than necessary and there were no warnings, signs or other indications that an ungrated pipe was located within the lake, creating suction, the suit added.

After being sucked into the tube, the ten-year-old was "thrust down into a 90-degree bend in the pipe," and then "her body was transported nearly 70 feet up the hill via the mechanical pump mechanism," the document said.

Her death was caused by asphyxiation from drowning and also compression of the torso from the pressure in the pipe, the Grant County Coroner's Office told KREM 2. The coroner was not sure what happened first, but the lawsuit said the death was "painful, gruesome, terrifying, and senseless."

The document also shared that the siblings and family friend watched helplessly as Danika was pulled into the pipe, as the girl was yelling for help. Her little sister was the only one near, and she tried to save her but didn't have the strength to beat the suction.

"Her younger sister tried to save her, but did not have the strength," attorney Anthony Marsh of the Herrmann Law Group said in a press release. "Her older brother was too far away."

The children called for help from the mother, noting that Danika disappeared, the doc said.

"[The mother] immediately dove into the water to try and locate Danika," the suit added. "She remained in the water for hours, until she was brought out by rescue personnel. She later had a nervous breakdown and had to be admitted to the hospital for evaluation. After it was clear she was missing, the family and good Samaritans engaged in a desperate search for her, linking arms and scouring the lake for any sign of her body. None would be found."

Eventually, the 10-year-old's body had to be recovered by opening the pipe around 70 feet from the lake. Her body had to be extracted from the pipe by firefighters, the suit and Marsh said.

The family is suing Cave B, Familigia company and their water district, K-Rose Hospitality, and several other people affiliated with each organization for negligence. The lawsuit states the defendants were responsible for the "design, installation, and maintenance" of the pump and for promoting the lake for recreational use without warnings of danger from the pipe.

In fact, the suit added the website advertisement for the lake house they were renting said “the back patio sits steps from the lake with plenty of seating for your group, an electric BBQ and large gas fire bowl. Beach towels, two inflatable paddleboards, and other water toys are included for your enjoyment. The lake is man-made and lined. It is used to irrigate the vineyards and is refilled as needed with fresh well water.”

The advertisement now has a disclaimer following the original statement. Cave B added, "Currently the lake is not for water activities or swimming."

The suit also added that the pipe system was not compliant with state and federal law.

The defendants’ negligent acts or omissions were the cause of the wrongful death of Danika Ross, the lawsuit claims. The family has "sustained economic and non-economic damages," including past and future medical expenses, past and future lost income or earning capacity, emotional distress, grief, loss of enjoyment of life, mental anguish and pain and suffering, the suit added. The Ross family has sustained damages including the loss of accumulation of income and incurred medical, funeral, and burial expenses, and the conscious pain, suffering, anxiety and fear of impending death experienced by the decedent, it continued.

The suit added, "Decedent Ross suffered serious damages, notably death as a result of negligence of Defendants – a death that was painful, gruesome, terrifying, and senseless."

“Her family is devasted,” Marsh said. “This was an easily preventable death if the company followed the law and installed required grating or sensors to shut down the system in the event of a blockage like this.”

KREM 2 reached out to both Cave B and K Rose Hospitality but did not receive a response. KREM 2 was unable to make contact with Familigia. The King County Superior Court lists the case to go to trial in the summer of 2022.

The victim, who dreamed of becoming a veterinarian, is survived by her parents and six siblings who live in Issaquah, Marsh added.

Editor's note: K Rose Hospitality was initially listed as a defendant on the wrongful death lawsuit. This has since been amended.

A Washington family says their 10-year-old daughter's drowning was no accident. The girl died in a man-made lake in Quincy back in July.

Now, in newly filed court documents, the family says a winery is liable for her death. 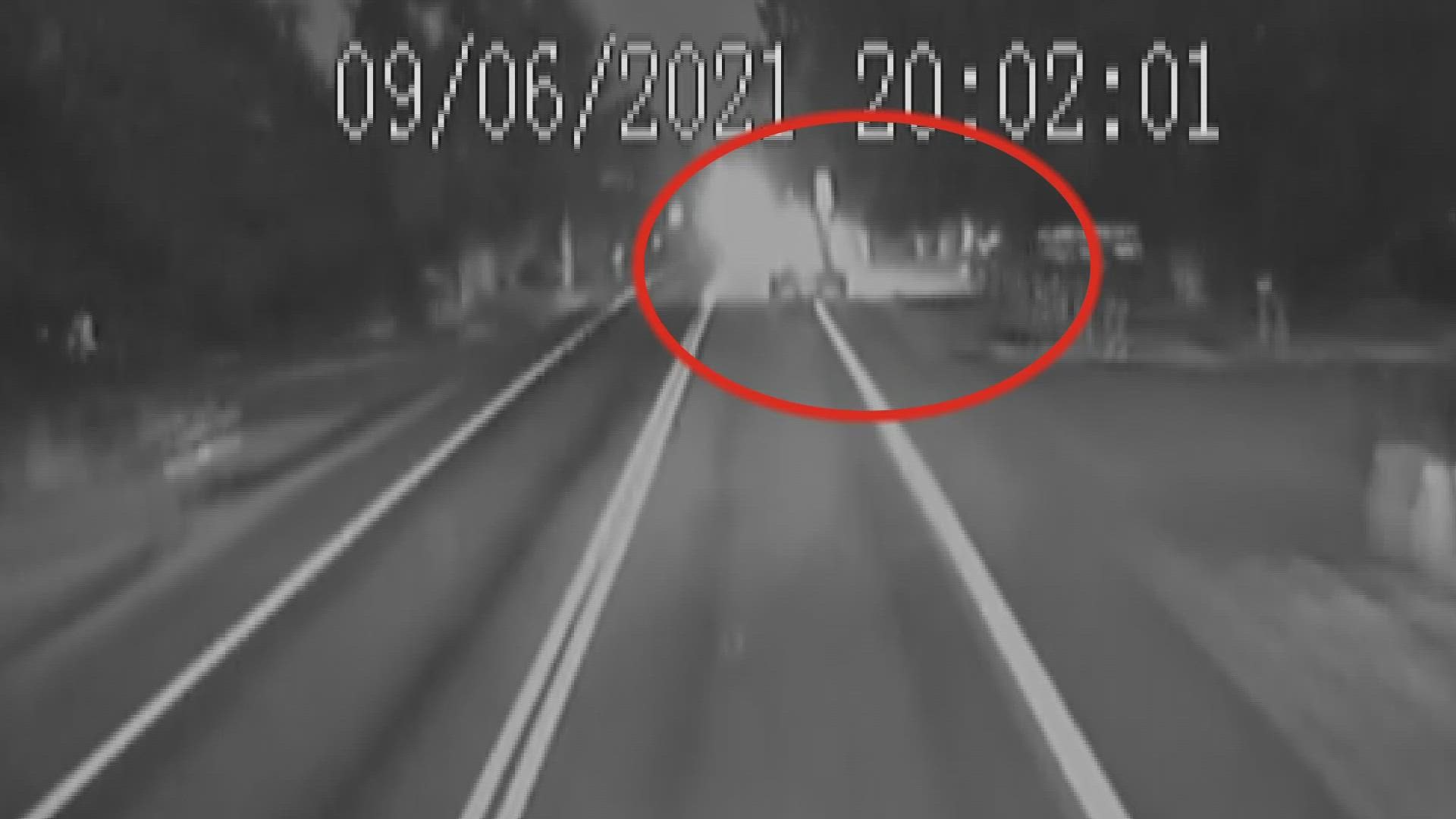