Deputies say they have an "investigative lead" on the suspect but no arrests have been made. 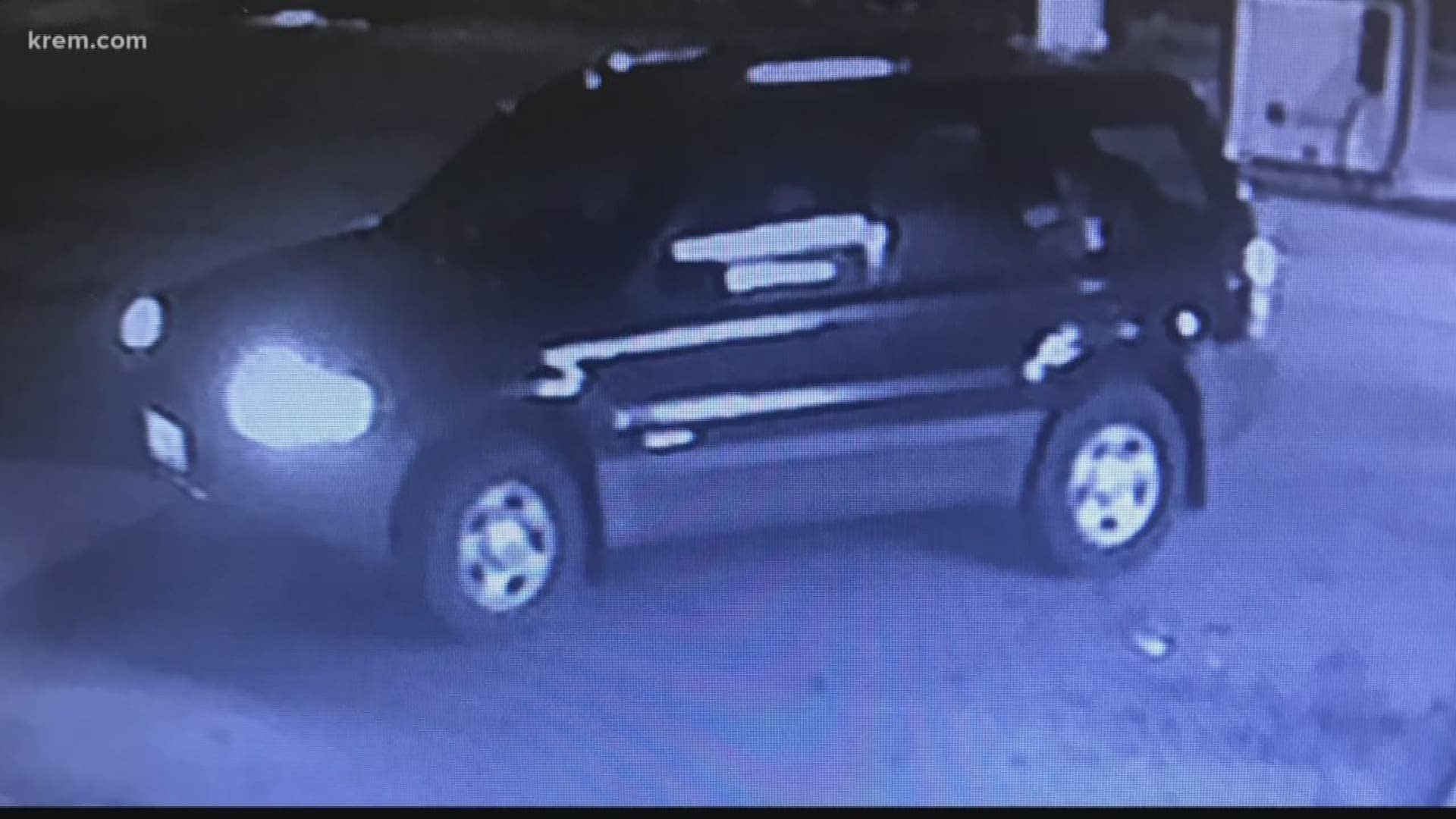 HAYDEN, Idaho — Authorities determined that a vehicle of interest found on Wednesday was involved in a hit-and-run crash at a Hayden gas station earlier this week.

Kootenai County Sheriff's deputies said on Friday that they have an "investigative lead" on the suspect but no arrests have been made.

Lt. Ryan Higgins said deputies found the car after an anonymous tip. Some evidence found within the car has been sent to a lab for verification.

Higgins said the vehicle was seized on Wednesday and investigators were working to get a search warrant.

Deputies and emergency personnel responded to the intersection of N. Ramsey Road and W. Hayden Avenue for the vehicle versus pedestrian crash at about 4:50 p.m. on Monday, Higgins said.

First responders at the scene found 61-year-old Stephen C. Walson with significant injuries and said he had been struck by a vehicle. He was taken to Kootenai Health with serious injuries but is expected to survive.

Friends told KREM 2 Walson is a former logger who lives in a trailer near the gas station.

Security cameras captured the hit-and-run, and shows the driver hit Walson then back up over him. He said the footage shows Watson stand up and appears to show him interact with the driver.

Friends of Walson who work at the Quik Mart said he is alert and recovering at the hospital. Kootenai Health told KREM 2 he was in fair condition Tuesday night.

Angie Landingham is a manager at the gas station. She said Walson is a regular there and she considers him a friend.

"It broke my heart to see that. And this person that hit him definitely knew that they hit him," Landingham said. "He's got some serious strength. I don't know many people that would have been run over like that and then got back up."

Landingham said she and other coworkers at the Qwik Stop plan to collect donations for Walson and visit him in the hospital. She hopes the driver of the SUV ends up in jail soon.

Deputies could not find any witnesses who saw the crash but the gas station provided video surveillance of the incident. A small SUV is seen running over Watson before stopping and later fleeing the scene.

Deputies are asking the public for help in identifying the vehicle or the driver. Any witnesses or those who recognize the vehicle are asked to call the sheriff’s office at 208-446-1300.