The crash caused closures on Regal between Palouse and 53rd for several hours. 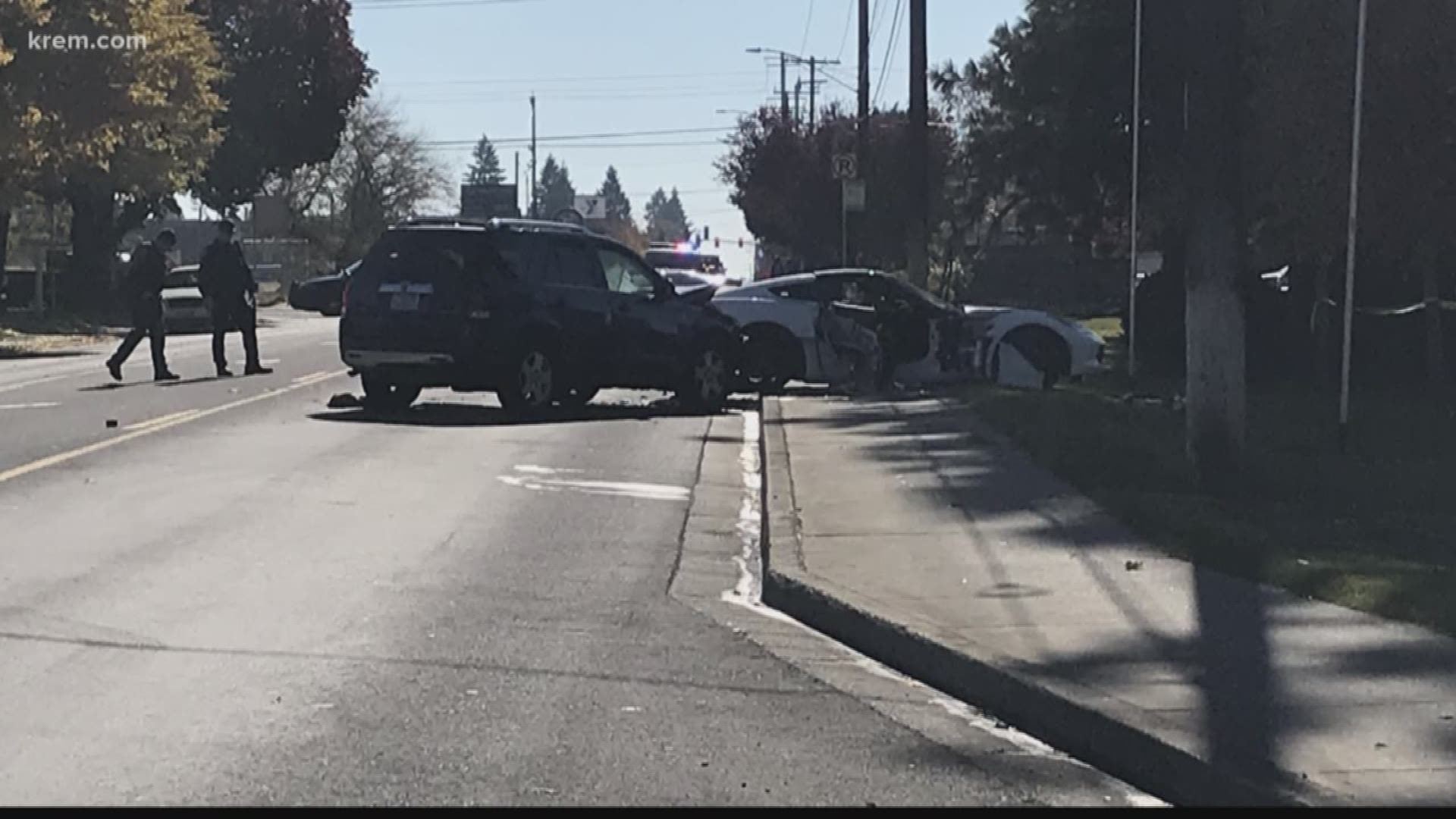 SPOKANE, Wash. — UPDATE: The driver was identified as 36-year-old Kristopher W. Riley. He was located and arrested. He is in the Spokane County Jail charged with two counts of vehicular assault and two counts of felony hit-and-run. The passenger of the Corvette and the driver of the Saturn are in the hospital with serious injuries.

SPOKANE, Wash. -- Around 11 a.m. Saturday, Spokane Police and Fire responded to a two-vehicle crash on the 5200 block of S. Regal Street.

The crash caused closures on Regal between Palouse and 53rd for several hours. Major crimes unit and the crash investigator are looking into how the crash happened.

The incident involved a blue Saturn SUV and a white Corvette. Two people involved were transported to a nearby hospital for injuries. Police are trying to locate the driver of the Corvette, who fled the scene after the crash.

There is no threat to the community and the investigation is ongoing.