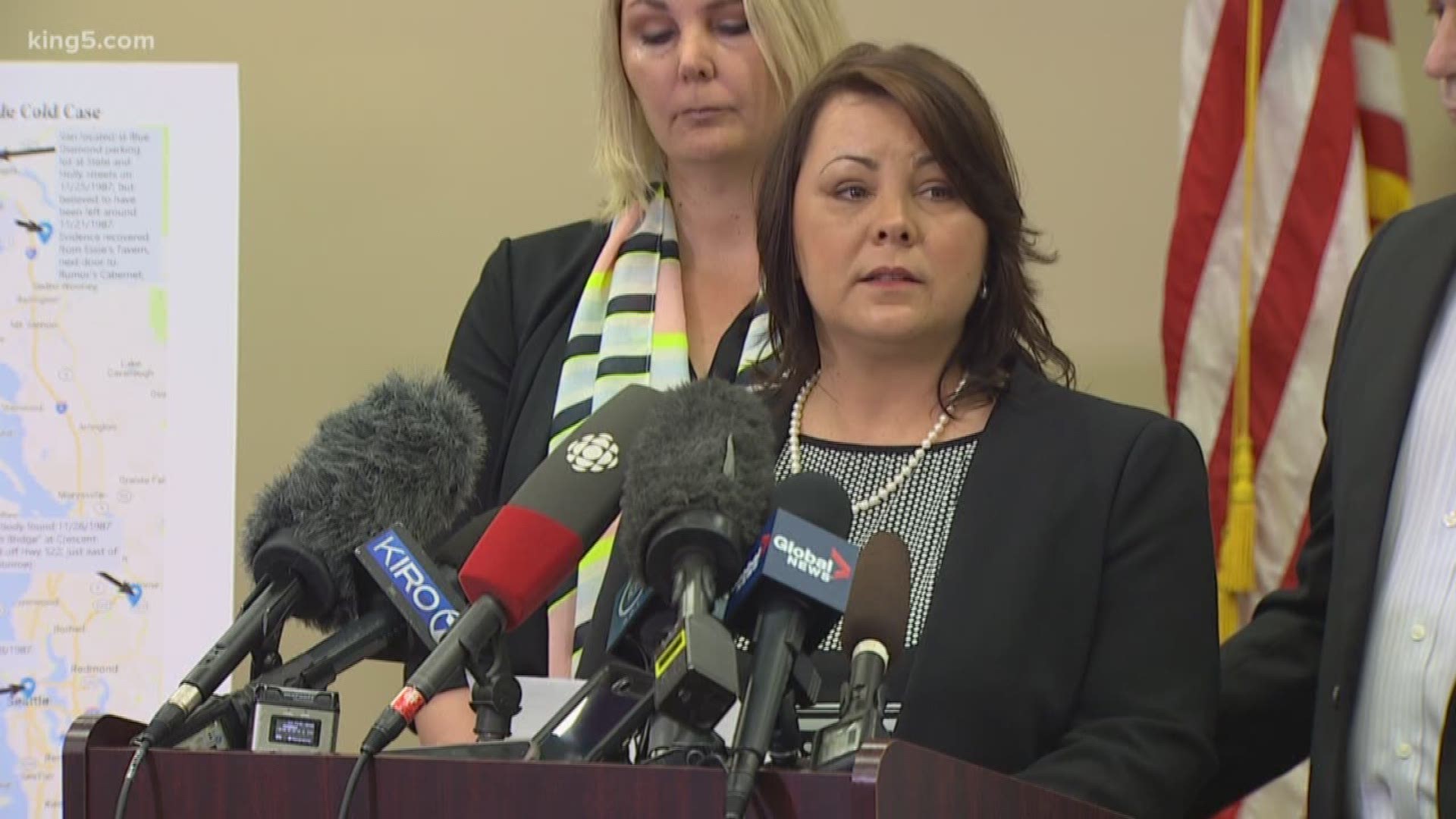 On November 18, 1987, 21-year-old Jay Cook and his 18-year-old girlfriend, Tanya Van Cuylenborg, left their home in British Columbia for an overnight trip to Seattle and never returned. The pair arrived in Port Angeles around 4 p.m. from the Victoria ferry and bought a ticket at 10:16 p.m. in Bremerton for the ferry to Seattle.

Van Cuylenborg’s body was found in a Skagit County ditch in a wooded area off Parson’s Creek Road on November 24, 1987. She was sexually assaulted and shot in the head.

Timeline of the case 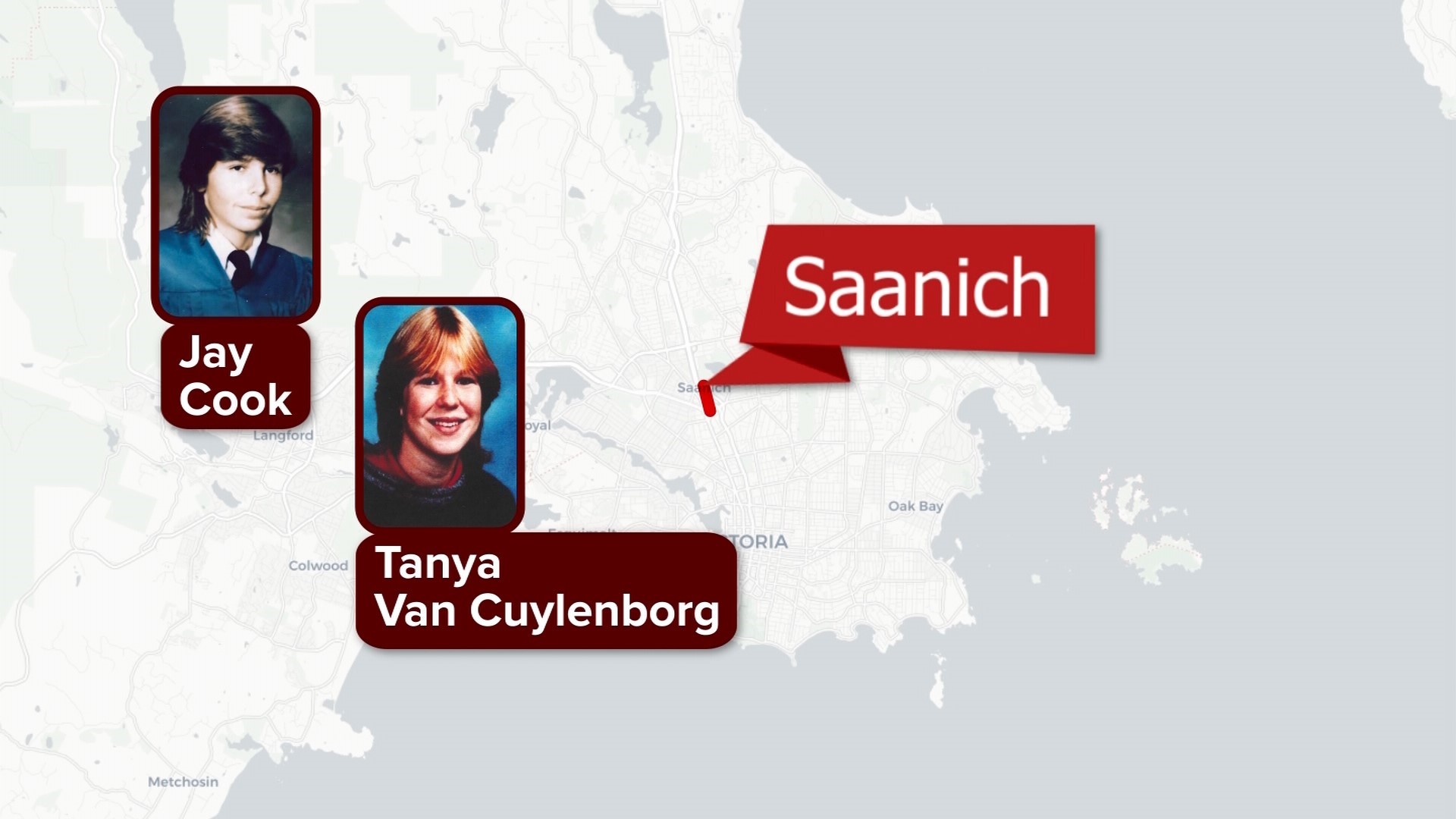 Tap here if viewing on the app...

The Cook family van was found the next day in an abandoned Blue Diamond parking lot in Whatcom County.

The day after that, Cook’s body was found in Snohomish County along Crescent Lake Road near the Snoqualmie River. He had been strangled.

Tanya Van Cuylenborg and Jay Cook with the van they drove from British Columbia to the U.S., a bronze 1977 Ford Club wagon. The van was located locked up and abandoned&nbsp;in Bellingham on Nov. 25, 1977. (Snohomish County Sheriff&#39;s Office)

"He was hungry and asked me for a bite of my sandwich, so I gave him half," Baanstra said. "As he drove away I remember standing in the window waving."

The DNA evidence detectives collected during the investigation did not match any profiles in any law enforcement database. But that DNA can be used to track what the killer might look like using predictions from ancestry like eye color, hair color, skin color, freckling, and face shape.

Using DNA evidence, Snapshot produced trait predictions for a suspect in the deaths of Jay Cook and Tanya Van Cuylenborg.&nbsp;This Snapshot composite was produced depicting what the suspect may have looked like at 25 years-old.

Using DNA evidence, Snapshot produced trait predictions for a suspect in the deaths of Jay Cook and Tanya Van Cuylenborg. This Snapshot composite was produced depicting what the suspect may have looked like at 45 years-old.

Using DNA evidence, Snapshot produced trait predictions for a suspect in the deaths of Jay Cook and Tanya Van Cuylenborg.&nbsp; This Snapshot composite was produced depicting what the suspect may have looked like at 65 years-old.

The snapshot images are scientific approximations of appearance and are not exact replicas. Environmental factors such as smoking, drinking, and diet could influence the image. The generated image cannot predict facial hair, hairstyle, and scars.

“We are looking for anyone who knows something related to this case, or can identify a person of interest from the Parabon DNA predictions and images,” said Investigations Captain Jeff Miller in a statement. “Maybe you were too afraid to come forward at the time or thought someone else would. Now is the time to share what you may have seen or heard.”

A Minolta X700 35 mm camera that belonged to Van Cuylenborg is still missing and could be key evidence in the case.

Tanya&nbsp; Van Cuylenborg owned a 35mm Minolta camera, similar to the one pictured here. The camera&rsquo;s lens was recovered and traced to a pawn shop in Portland in 1990. The camera body is still missing. (Snohomish Co.&nbsp;Sheriff&#39;s Office)

“We know someone out there knows something that can help us with this case,” said Detective Jim Scharf in a statement. “Maybe somebody gave you a 35 mm Minolta camera, or you bought this type of camera from someone around that time. The smallest detail could end up being the lead we need to solve this case.”

Sgt. Jennifer Sheahan-Lee was just an intern with the Skagit County Sheriff's Office when she first worked on the case at its inception. She described the new developments in one word.

Family members are offering a reward of up to $50,000 to anyone who can provide information by the end of this year that leads to a positive identification of the suspect through a DNA match. The reward is available until January 1, 2019.

If you or anyone you know has information related to this case or can identify a possible person of interest, please call the Snohomish County Sheriff’s Office tip line 425-388-3845. 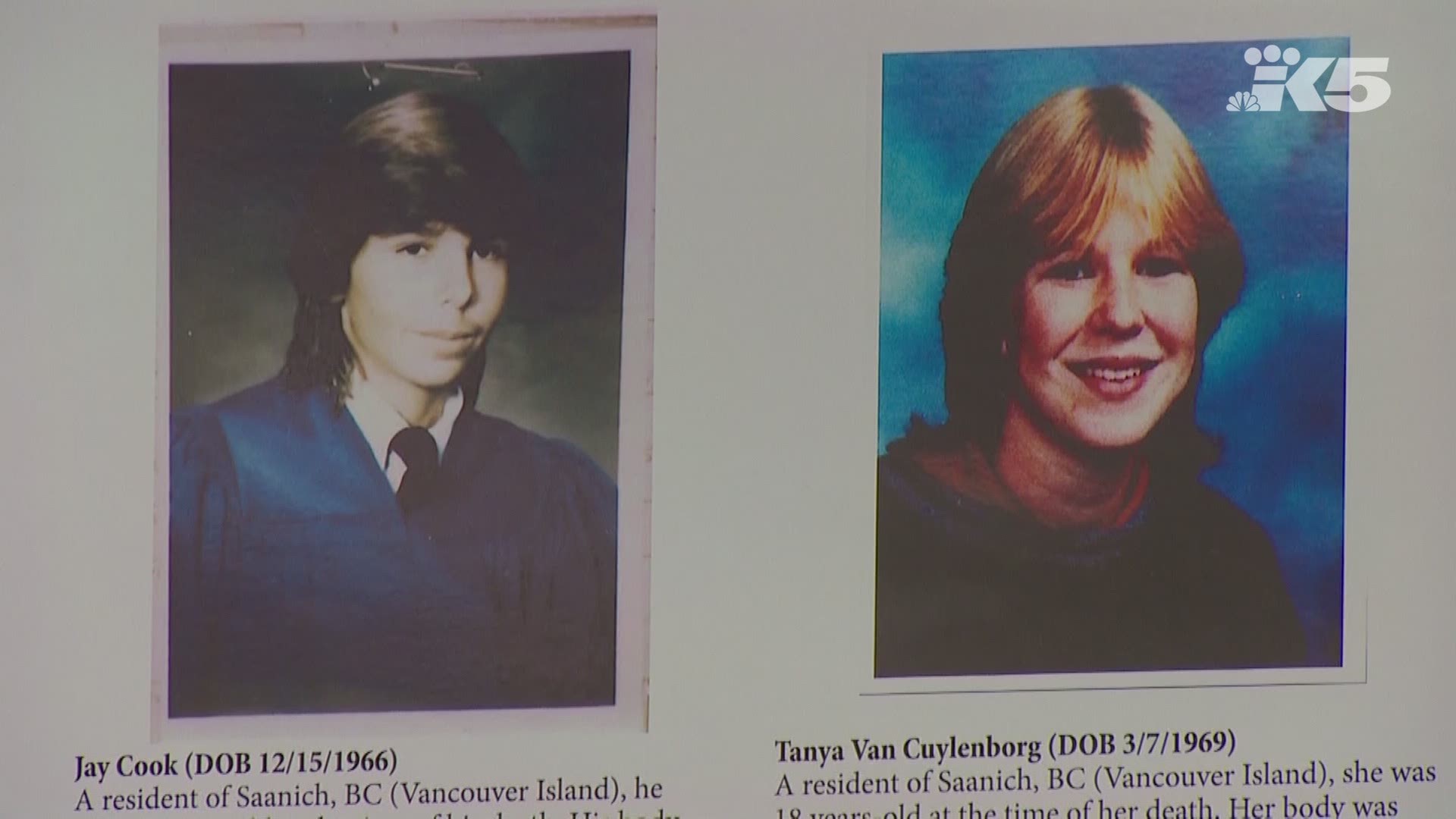