The shooting happened on East Hills Court and South Fiske Street on the lower South Hill. 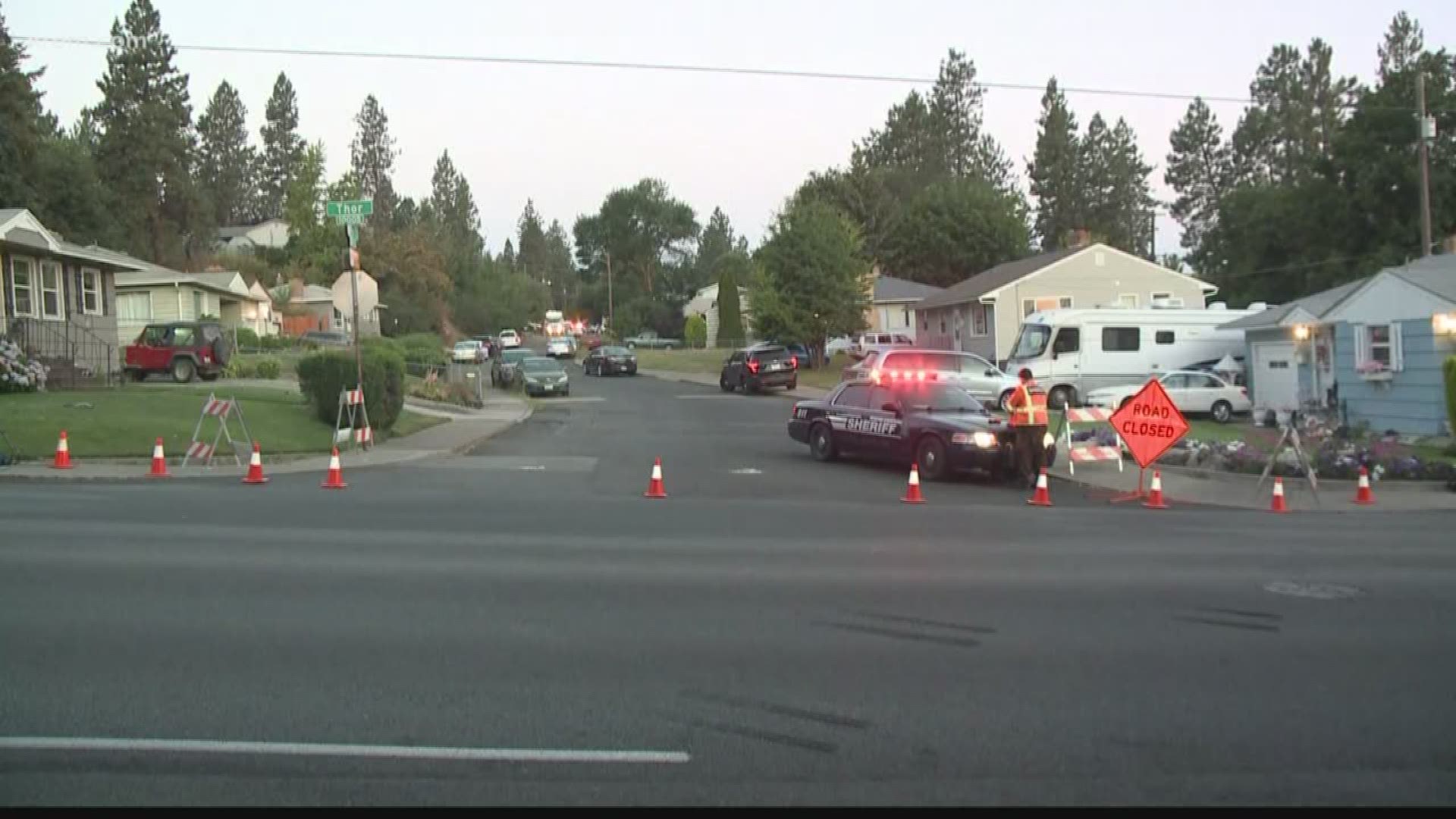 SPOKANE, Wash. -- One man is dead after an officer-involved shooting in Spokane early Wednesday morning.

The shooting happened on East Hills Court and South Fiske Street on the lower South Hill.

#BREAKING Law enforcement has Hills Ct blocked off as they investigate an officer-involved shooting. pic.twitter.com/xgHXjGwRmT

A caller told Spokane Valley deputies a female appeared to have been badly beaten and injured, and asked for help prior to leaving the store in a van driven by an adult male, officials said. The call came from the HiCo at Sprague and Mullan, according to the store manager. The manager said the woman handed someone a note outside of the store. The person was not an employee. The manager said there is no surveillance video of the exchange because there are no cameras on that side of the building.

Deputies then began looking for the vehicle and one eventually tried to pull the suspect over. A chase ensued between a deputy and the suspect after the suspect refused to pull over near the area of Hartson Avenue and Thor Street, officials said.

As the driver approached the end of Hills Court, he turned the vehicle around and rammed into the deputy's marked patrol car, disabling it, officials said.

Officials said the deputy stepped out of the vehicle, drew his weapon and gave commands. The driver accelerated toward the deputy, who then fired his weapon at the driver. Despite life-saving efforts, the male suspect was pronounced dead the scene.

The identities of the woman, the man she was with and the deputy have not yet been released. Spokane Police Department are taking over investigations of the officer involved shooting and will release more information at a later date.

On the scene of an officer-involved shooting on the South Hill https://t.co/33GTyM8YzY

The deputy was not hurt in the exchange, officials said.

Officials told KREM 2 the suspect does have a criminal history.

The female victim was transported to a hospital for her injuries but she was not hit by the deputy's fire, officials said.