Krystal Lee Kenney is set to testify as a witness for the prosecution at Patrick Frazee's murder trial next month. 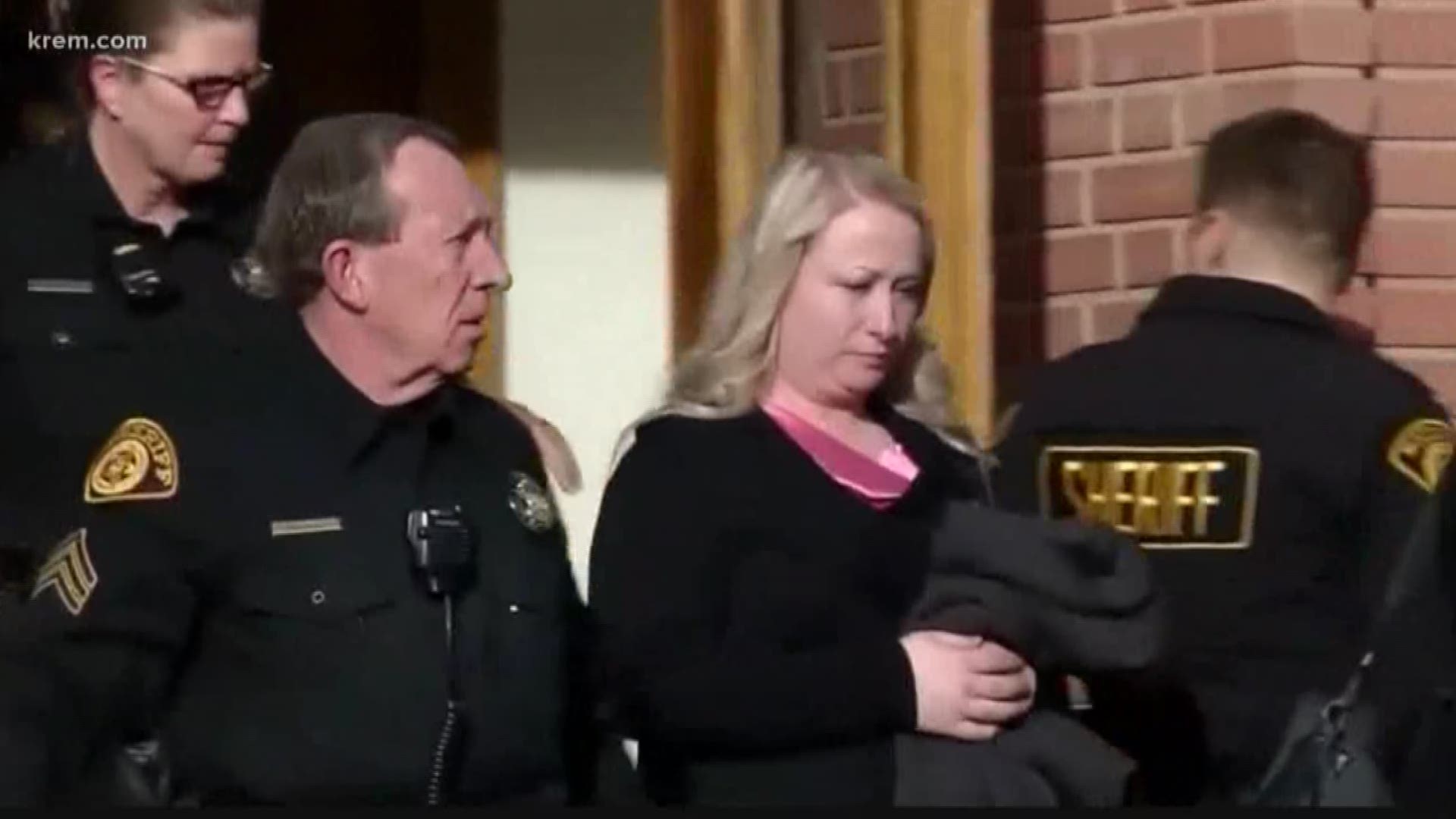 WOODLAND PARK, Colo. — Note: This story contains graphic details that may be disturbing to some readers.

Defense attorneys for a Colorado man accused of beating his fiance to death with a baseball bat indicated in court filings Tuesday that they will seek to lay the blame for the young woman's murder on an Idaho woman who was having an affair with the suspect.

The filing, titled "Endorsement of Defenses and Witnesses" was filed one day past the deadline for lawyers to present an alternate suspect to the judge who will preside over 32-year-old Patrick Frazee's murder trial in October.

As a result of the missed deadline, it is unclear whether the judge will allow the defense to try to convince jurors that it was Krystal Lee Kenney of Hansen, rather than Frazee, who killed 29-year-old  Kelsey Berreth of Woodland Park, Colorado.

Reached by phone Wednesday, Frazee's defense attorney Adam Steigerwald declined to comment about the late filing, then hung up on a KTVB reporter.

"....it is anticipated that as part and parcel to general denial, there may be evidence that other individuals committed or fabricated portions of the crimes alleged against Mr. Frazee, to include Krystal Lee," the filing reads.

Kenney, a former rodeo queen and nurse at St. Luke's Magic Valley in Twin Falls, is expected to function as the main witness against Frazee. According to court documents, Kenney told police that Frazee asked her to kill his fiance multiple times. At first, the nurse agreed, investigators say, but repeatedly backed out, prompting Frazee to tell her he would do it himself.

On Thanksgiving Day 2018, Kenney said, Frazee called her and told her she “had a mess to clean up.” She drove from Idaho to Colorado two days later with bleach, gloves, a hairnet, shoecovers and other supplies, which she used to clean up the "horrific" murder scene inside Berreth's home, according to an affidavit filed in the case.

According to Kenney's interview with investigators, Frazee beat his fiance to death on Thanksgiving while their 1-year-old daughter was confined in a playpen in another room. Frazee is accused of tying a sweater around Berreth's face as a blindfold under the guise of having her guess the scent of different candles, then hitting her repeatedly in the head with a baseball bat.

Kenney described retrieving the dead woman's knocked-out teeth from the house, along with cleaning up blood from the floor, walls and ceiling. She also told police she collected bloodstained pillows, books, baby toys, stuffed animals and other possessions, which Frazee and Kenney later burned along with Berreth's body, according to investigators.

RELATED: Search warrants show text conversations between Kelsey Berreth and Patrick Frazee, what evidence was gathered from his home

Later, in an attempt to throw off detectives, Kenney took Berreth's handgun and cell phone with her back to Idaho, sending Frazee text messages from the phone pretending to be his fiance, police say. She said she then burned the cell phone in her front yard.

Kenney has pleaded guilty to tampering with evidence and agreed to testify against Frazee as part of a plea agreement. The charge carries a maximum sentence of three years in prison.

Frazee's murder trial is set to start in late October.