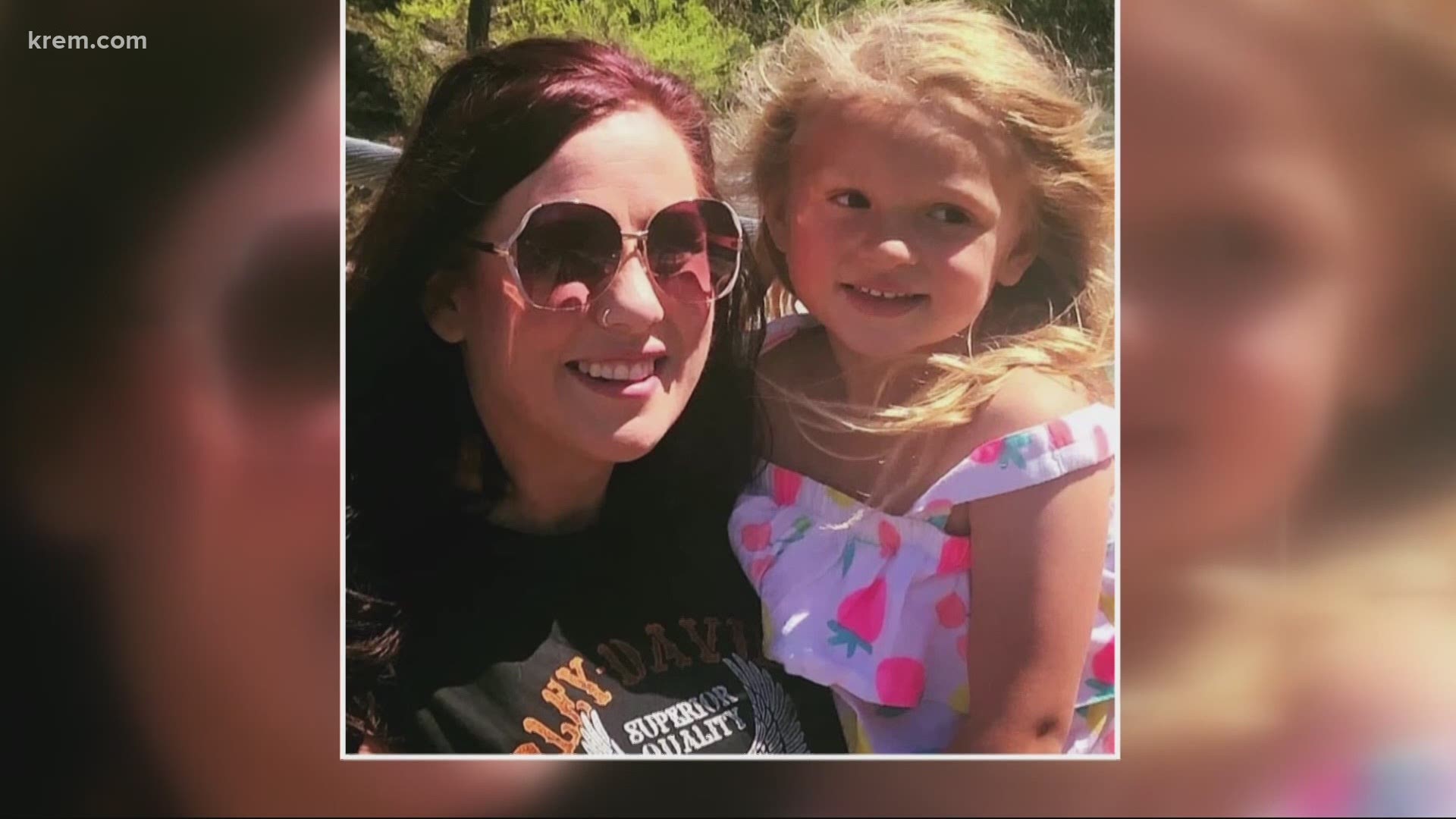 WARNING: This story contains graphic descriptions of injuries to a mother and child.

Phillips is the 41-year-old who police believe stabbed Spokane mother, Kassie, to death and injured her five-year-old daughter. Kassie was found dead in her home on North Adams Street on Sunday, April 11 and her five-year-old daughter, Lilly, remains hospitalized after suffering injuries in the attack. The Spokane County Medical Examiner said Kassie died from multiple stab wounds and confirmed her manner of death as homicide.

KREM 2 is intentionally not sharing the victims' last names to protect the child's privacy.

Fire personnel began treating the 5-year-old child and did not observe any serious injuries to Phillips, court documents say. Investigators observed that he may have been intoxicated and was acting confused, which may have been caused by the exhaust fumes in the garage.

Phillips and five-year-old child were taken to the hospital, according to court documents. Investigators said Phillips had recently been involved in a relationship with Kassie.

Court records indicate Phillips has a criminal history dating back to 2001, with charges including domestic violence, disorderly conduct and malicious mischief.

A detective with the Spokane Police Department spoke to two of Kassie’s other children who said they had been at their father’s home in Spokane Valley on the day of their mother’s death, court documents say. The children told the detective that their mother was supposed to come pick them up but they couldn’t get a hold of her, so their father drove them back to her home.

The children noted that the home was in disarray when they entered and thought this was strange, according to court documents. They walked around to the location of the unattached garage and could hear a vehicle running inside. The children said they tried to break into the garage but were unable to do so and someone subsequently called 911.

The children also told investigators that the man found in the garage had been living with their mother since about June 2020 and that the two "seemed to constantly fight," court records say. The children said their mother had kicked the man out of the home two days earlier.

Investigators also learned that Kassie had apparently received about 100 text messages from Phillips on Saturday, April 10, one day before her death, according to court documents. They would have been received after she kicked him out of her home. One of the investigators was told that some of the text messages sent by Phillips were “very disturbing.”

The search warrant includes a search of Kassie's home and any electronic devices found. Spokane police will look for weapons that could have inflicted Kassie and Lilly's stab wounds and any clothing tied to the three people found in the garage.

Police are also searching for cellphones or electronic devices belonging to Kassie or Phillips, as they could provide insight into the crime. They will also collect footage from any surveillance equipment at the home or unattached garage, and check the inside of the home for any handwritten journals or notes that might provide insight into the crime or the relationship between Kassie and Phillips.

A GoFundMe is set up to help Lilly's family with the cost of her recovery. Supporters have raised more than $93,000 as of Thursday morning. An update posted to the campaign said Lilly had surgery to drain one of her wounds that was causing an infection. She's on antibiotics and has a PICC line giving her nutrients.