Former Rep. Aaron von Ehlinger resigned from the Idaho House in April after a legislative ethics committee recommended he be suspended or expelled. 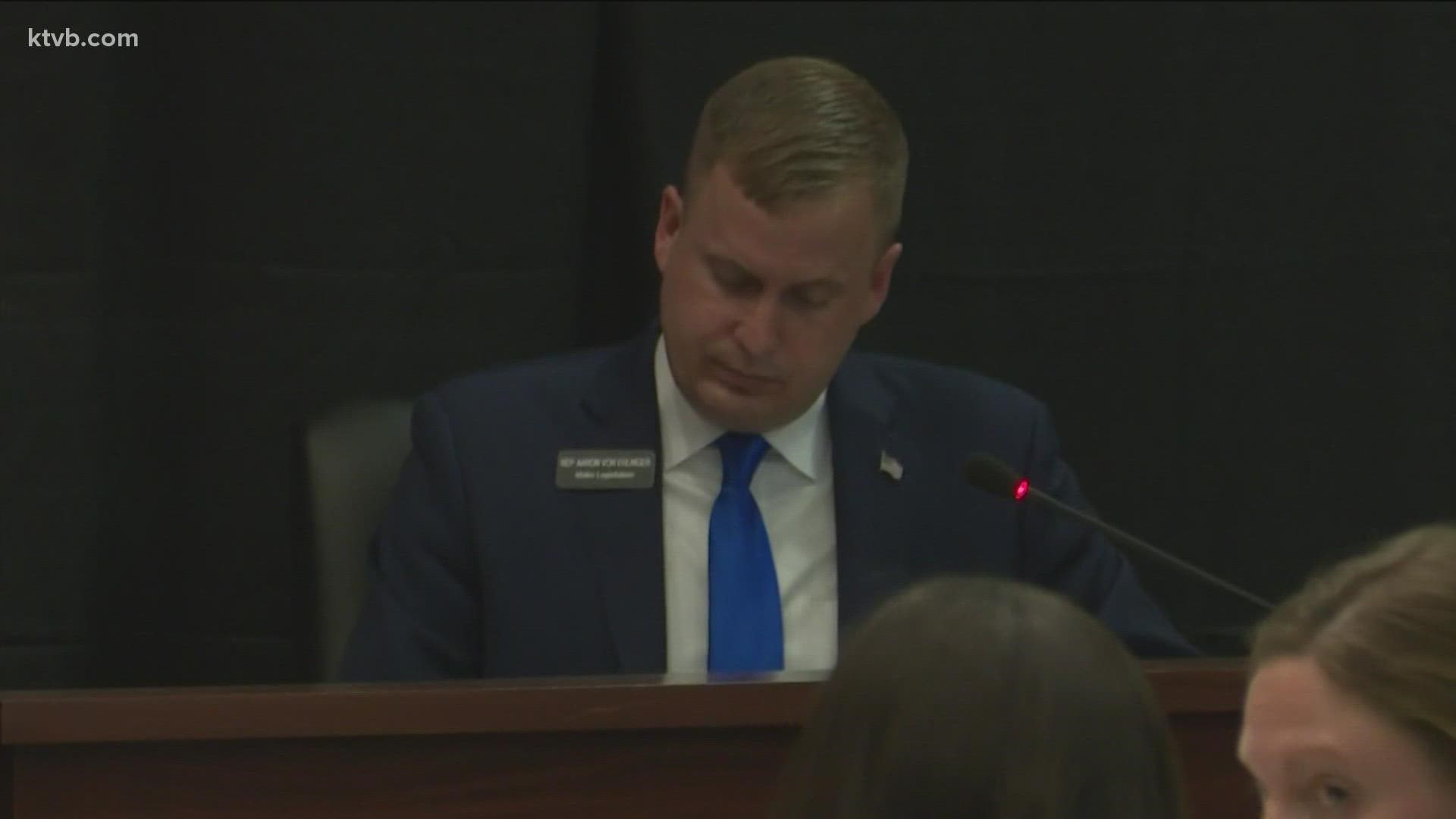 A felony arrest warrant was issued Thursday for Aaron von Ehlinger. It lists the charges as rape and forcible sexual penetration by use of a foreign object.

KTVB is working to get more information about the criminal complaint and charges.

Former Rep. von Ehlinger, 39, resigned in late April after the Idaho Legislature's ethics committee voted unanimously that he committed "conduct unbecoming" a state lawmaker, and recommended that he be suspended or expelled.

The ethics committee was looking into allegations that von Ehlinger pursued multiple women who worked at the statehouse, including a 19-year-old woman, identified only as "Jane Doe," who said von Ehlinger raped her at his apartment. Von Ehlinger said the sex was consensual.

At the time of the ethics hearing, Boise Police detectives were still investigating Doe's allegations, and had not yet sent their findings to the Ada County Prosecuting Attorney's Office.

This developing story will be updated as more information becomes available.