The family hopes Arbery's death can change how people of all colors interact with one another. 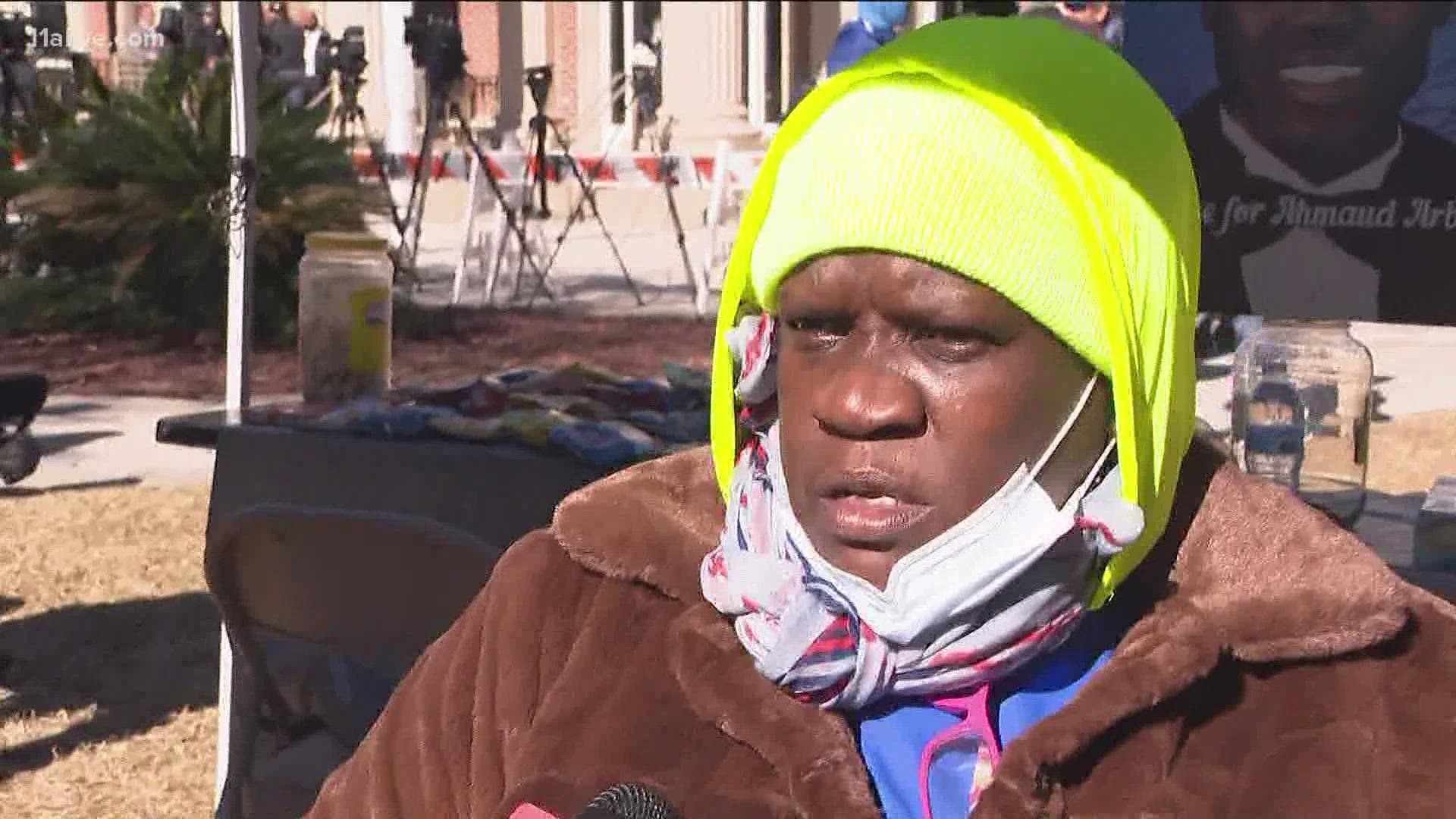 Arbery's aunt, Ruby, has spent her days camped out in a tent outside the Glynn County Courthouse. She tells 11Alive she's nervous but 100% confident all three defendants will be found guilty.

Meanwhile, music from drums and a stereo fills the air as Ruby and the rest of the family reflect on Arbery's life.

“It’s been rough. It’s been rough seeing the video, the things the defense is saying, and it’s just been overwhelming for the family," she said.

The family said they hope Arbery's death can change how people of all colors interact with one another.

“I’m praying we can all come together as one, not be divided, not be judged by the color of your skin, and just love each other like God wants us to do," Ruby said.

“God has brought us this far, and he’s not going to fail us now. We will get justice for Ahmaud," Cooper-Jones said.

Closing arguments continue this morning on the #AhmaudArbery case. A large media presence remains outside the Glynn County Courthouse. Stay tuned to @11AliveNews for the latest updates on air and online. pic.twitter.com/bHAfVaY91c

“There’s a lot of weight riding on the verdict of this trial, and I’m sure she’s aware of that," Bregman added. "In the meantime, there’s this moment that’s part of a larger movement. A man died, and it’s her child.”

Other faith leaders also joined Bregman to support the family outside the courthouse.

“I think the thing we’re really learning here is the power of willing to be uncomfortable with each other for the sake of making change," Bregman said.

For now, Ruby said she's flooded with memories of her nephew as she awaits a verdict.

“He was so sweet. He was humble. He would give you the shirt off his back. Quiet. He loved sports. He loved his family," she explained.

Ruby added that she wants Ahmaud to be remembered for his smile and gentle personality.

This moment has been 21 months in the making for the family, with Arbery killed in a Brunswick neighborhood back in February 2020. They have insisted from the beginning he was targeted by the three white defendants because he was Black.