Krenke is suspected of firing an assault rifle at the drive of another vehicle after a brief altercation. 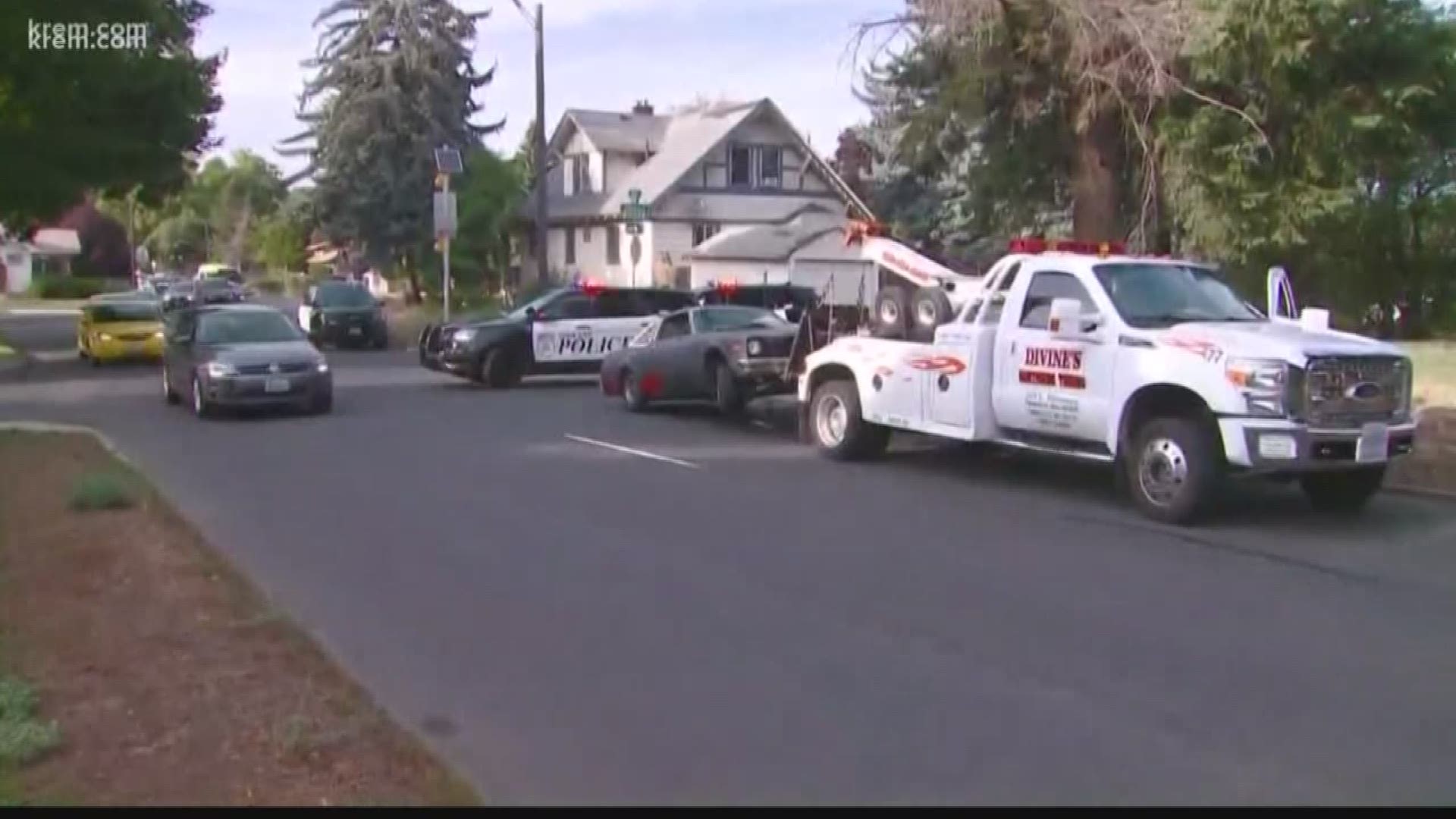 According to Chief Deputy U.S. Marshal Gavin Duffy, Krenke was wanted for first degree assault-drive-by shooting, stemming from a road rage incident on Ash street and Chelan Avenue on Aug. 20. Duffy said Krenke is suspected of firing an assault rifle at the driver of another vehicle after a brief altercation.

The victim told authorities he was driving southbound on Ash Street near Wellesley Avenue with his two-year-old son when he saw a Ford Mustang tailgating cars and weaving in and out of traffic, court records say.

The victim said the Mustang tried to illegally pass him on his right side near Shadle High School before striking the curb, losing control of the vehicle and ending up in someone’s yard, according to court records.

As the victim reached Garland Avenue, he saw the Mustang come “flying up behind him” and move over into the left lane to drive past him, court records say. He then saw that the driver was pointing a rifle at him, which they did not fire and continued driving on southbound Ash.

The victim told authorities that the driver of the Mustang fired a single shot at the passenger side of his vehicle.

No one was injured or killed during the shooting.

According to court records, two witnesses caught the shooting on cellphone video. In the video, the Mustang nears the bottom of S Curves on Ash, takes an immediate right and disappears out of sight.

Court records say that the video shows the Mustang driver set up at the bottom of the curves in order to ambush the victim’s vehicle. In the video, a gunshot can heard as the driver fires a single round.

The Mustang then speeds up and continues a short distance on southbound Ash before making an immediate right onto westbound Chelan, court records say. The video also shows damage to the left front fender of the vehicle, the body of which suggested it was likely a 2001 Mustang.

Witnesses told authorities that the Mustang came into contact with the victim’s vehicle, causing it to spin out, according to court records. They added that the front bumper of the Mustang fell off during the crash.

On Wednesday, authorities found a 2001 Mustang parked in the lot of Home Depot on Newport Highway. Surveillance video from the parking lot showed that a man and woman had parked the vehicle earlier that day and walked away from it, according to court records.

Court records say the left front fender was damaged and the front bumper of the vehicle was missing. Authorities also found a shell casing just below the passenger side windshield wiper.

The shell casing was from a 7.62 x 39 round, which is typically fired from either an AK or SKS rifle. Officers also noted that someone had spray painted the vehicle a pink/purplish color but the green paint could be seen underneath portions that were painted.

Police are still searching for the suspects involved and no arrests have been made. After the incident, they asked that businesses and homeowners in the area share any surveillance footage they had of the incident.